The Democratic contender for the White House leads Trump 51% to 43% among likely voters. The gap between Biden and Trump remains unchanged since last week.

Rasmussen noted that Trump's prospects have dimmed slightly this week in most voter turnout models. 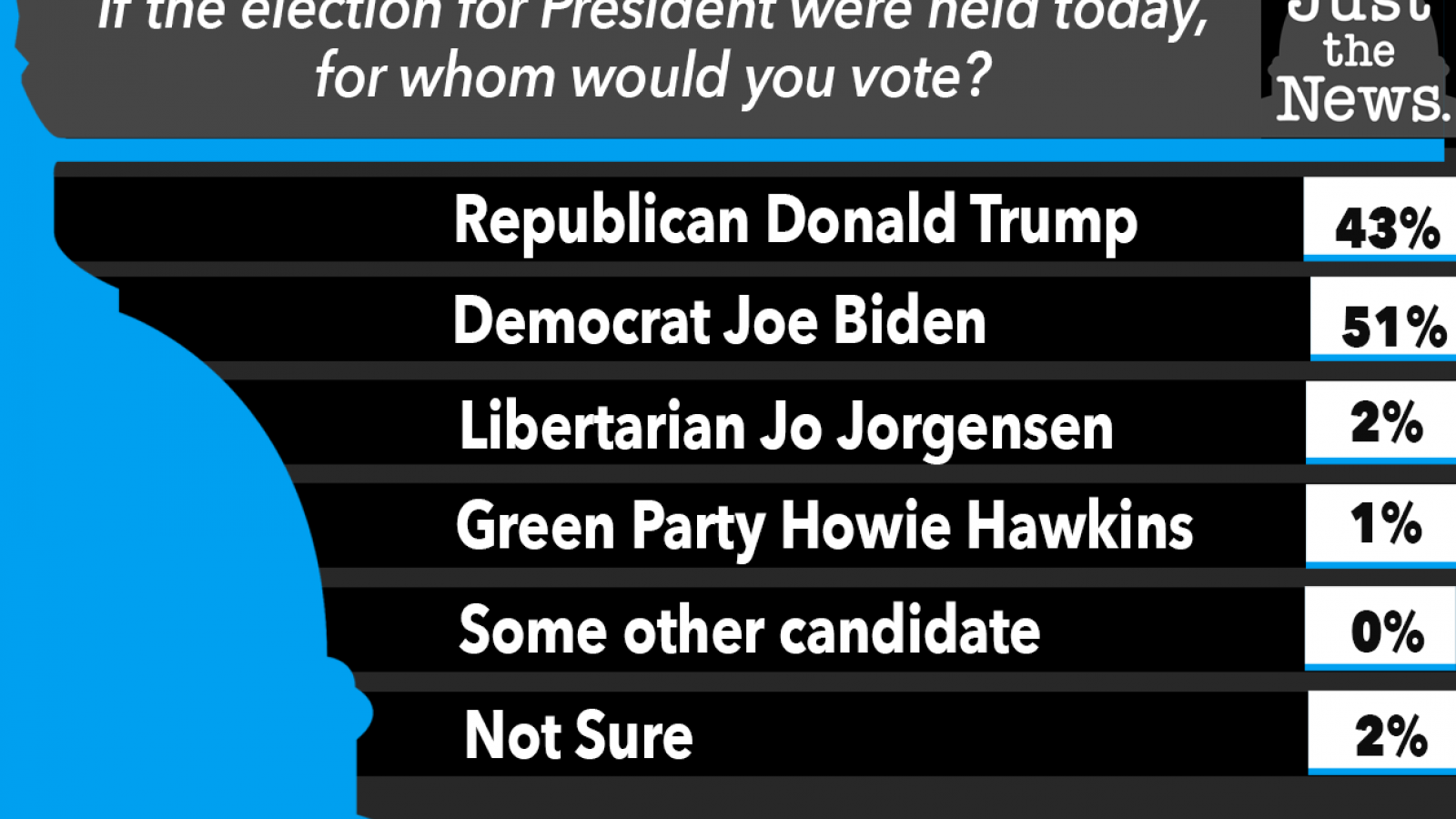 "The range of potential outcomes is slightly worse for the president," he said. "He now trails by 5 in the strong Republican turnout model and by 12 in the strong Democratic model. If the election were held today, this suggests a Biden victory at any level of turnout. "

"But, in the strong Republican turnout model, the president is still close enough to come back," he added.

It's "worth noting," Rasmussen continued, "that national polls on average show a bleaker picture for the president than battleground state polls. He is clearly the underdog, but state polling shows a possible path to reelection."

The survey of 1,240 Likely Voters was conducted by Scott Rasmussen using a mixed mode approach from October 8-10, 2020.