Biden now leads Trump by 8 percentage points, up two points since last week. Trump's share of independent voters fell, and his share of rural voters was cut in half — from 32 points to 16 points. 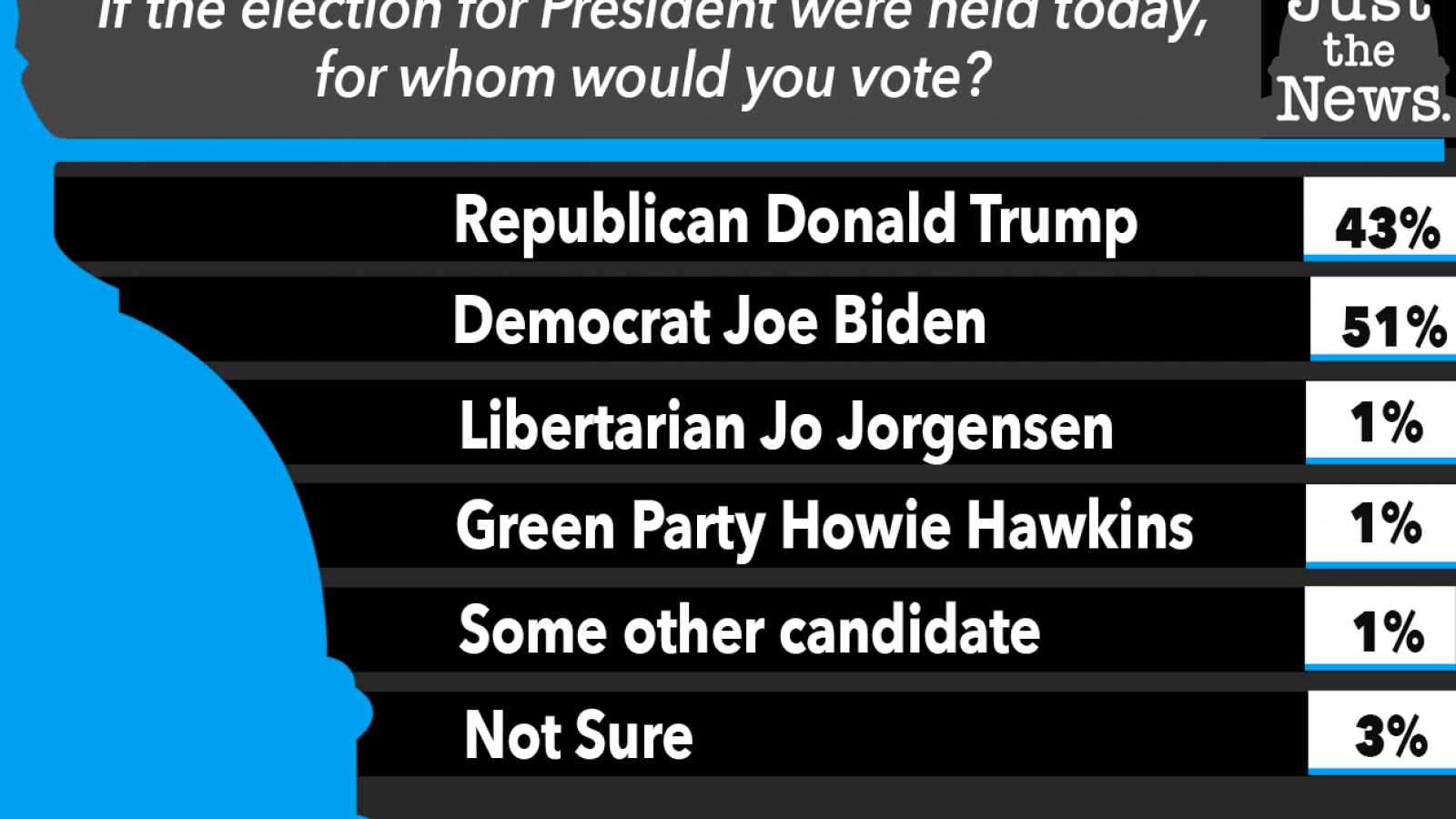 "The bottom line is that these results suggest that, if the election were held today, the only question would be whether Biden wins by a little or a lot," Rasmussen said.

Rasmussen said that the widening gap was because of a drop in Trump's share of the vote, not from a surge in Biden's popularity.

"Perhaps the only encouraging news in the survey for the president is that Biden did not gain support," Rasmussen said. "He remained steady at 51%."

"It is possible that this is just a temporary decline and these voters may return to Trump, depending upon how things progress this week," Rasmussen also said.

The survey of 1,200 Registered Voters was conducted by Scott Rasmussen using a mixed-mode approach from October 1-3, 2020.

The sample included 763 Likely Voters, defined as those who say they are "Definitely going to vote" or "Very Likely to Vote" and who know how they will vote. The Likely Voter sample was 37% Republican, 39% Democrat, and 24% Independent.