39% of white voters consider it likely than many people will leave big cities, number just a bit higher among black and Hispanic voters 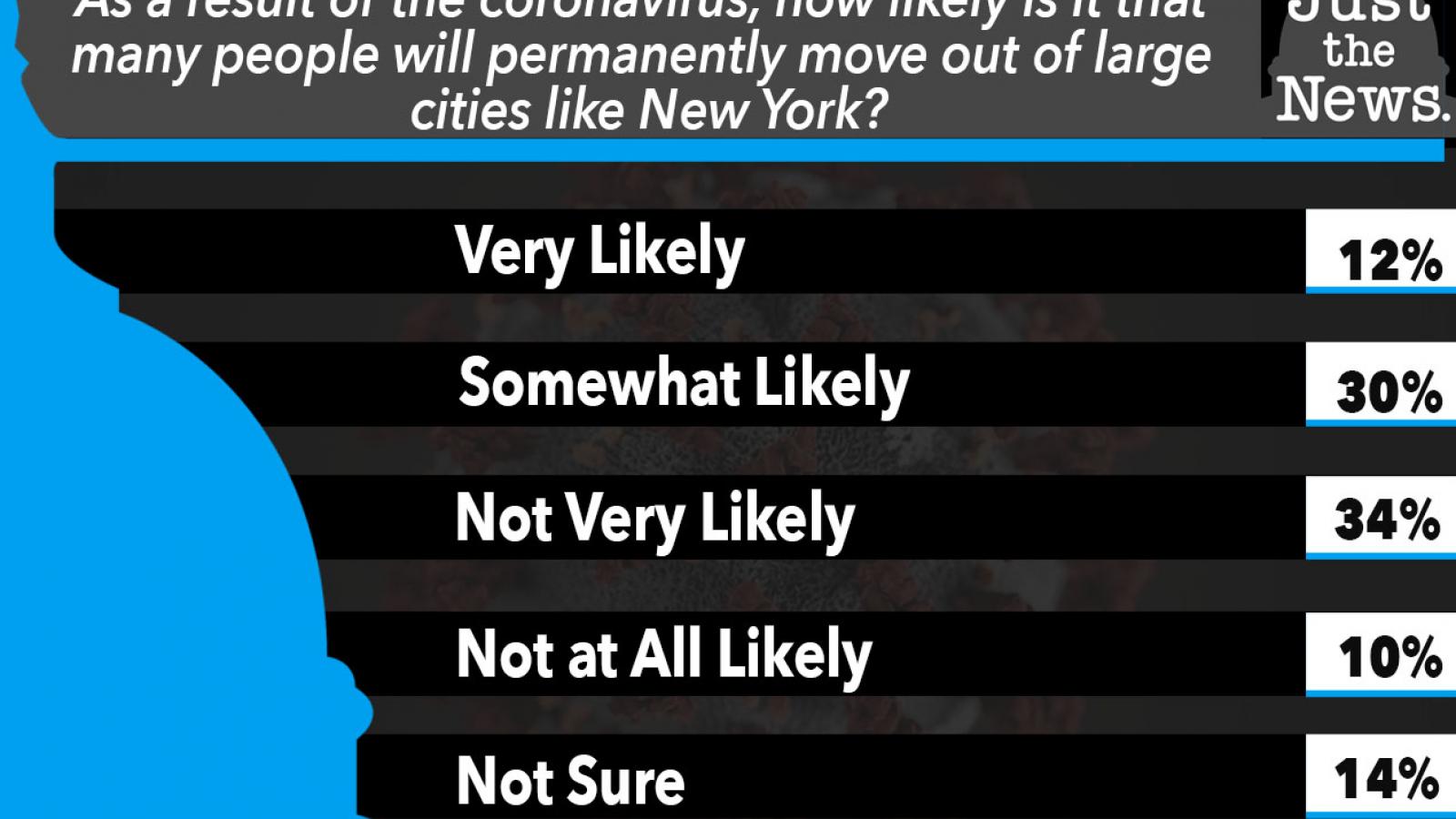 Forty-two percent (42%) of American voters think it’s at least somewhat likely that--as a result of the coronavirus-- many people will permanently move out of the large cities like New York, according to a new Just the News Daily Poll with Scott Rasmussen.

The total includes 40% of urban voters, 40% of those in the suburbs, and 47% of rural voters. Overall, 12% of voters consider such an exodus from large cities to be Very Likely. Thirty-nine percent (39%) of white voters consider it likely than many people will leave such huge cities behind. The numbers were a bit higher among black (50%) and Hispanic (48%) voters.

Just the News Daily Poll respondents were asked “As a result of the coronavirus, how likely is it that many people will permanently move out of large cities like New York?" They replied as below: