“Big changes from our July survey, back then, the economy and health care were tied as the top issue,” says pollster Scott Rasmussen

As coronavirus numbers trend downward and the November presidential election nears, the economy has emerged as the top issue among likely voters, with law and order also a major concern, according to a new Just the News Daily Poll with Scott Rasmussen

Among 942 likely voters surveyed in this week’s poll, 31% said the economy was the most important issue when deciding whether to pick President Trump or Democratic challenger Joe Biden to occupy the White House for the next four years.

The second-biggest issue was healthcare, at 17%, followed by law and order, at 16%, the latter result coming as state and local officials continue to struggle with curbing violent crimes and property damage related to ongoing social justice protests.

The numbers represent “big changes from our July survey," Rasmussen said. "Back then, the economy and health care were tied as the top issue. That came amidst the resurgence of pandemic concerns as outbreaks grew in the South.”

Rasmussen also pointed out that the pecentage of likely voters most concerned about law and order increased 4 percentage points since July.

Rasmussen said the new poll indicating health care is no longer a No. 1 issue with voters is consistent with the ongoing increase in optimism regarding the COVID-19 pandemic.

Rasmussen referred to a Just the News poll last week that showed 27% of likely voters believed the worst of the pandemic was behind us, compared to just 15% in July polling.

On a partisan basis, Democrats see health care and the economy as the top two issues, at 23% and 22%, respectively.

For Republicans and Independents, the economy is clearly their top issue, at 40% and 31%, respectively.

The survey of 1,200 Registered Voters was conducted by Rasmussen using a mixed mode approach from September 3-5, 2020. The sample that included the 942 likely voters is defined as those who say they are “definitely going to vote” or “very likely to vote” and who know how they will vote. 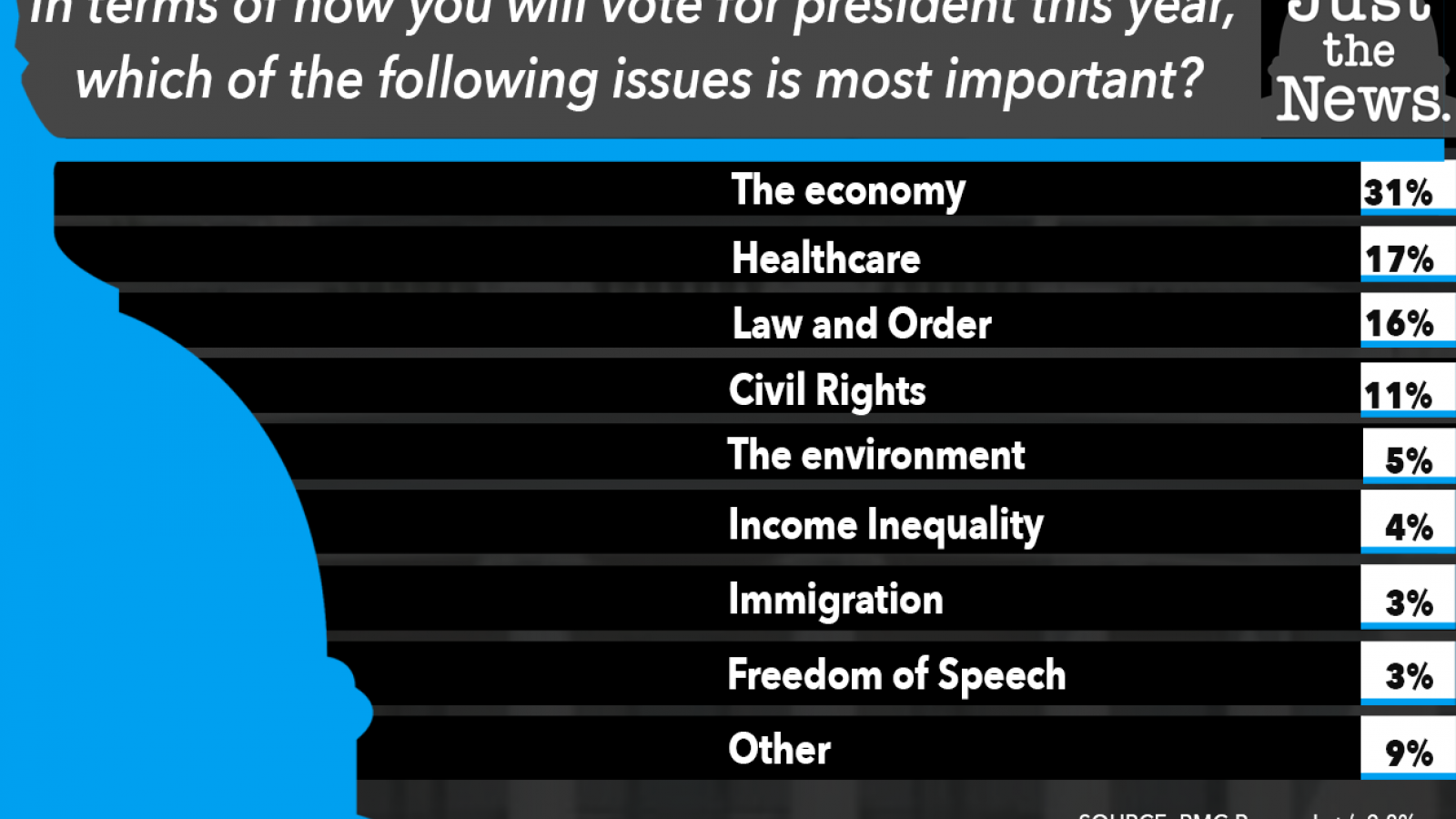 Which issues are most important in 2020 election
RMG Research/JTN
The referenced media source is missing and needs to be re-embedded.