Eight out of 10 American voters believe the U.S. was founded on ideals of freedom and equality

Just 11% believe the country's animating principle was a 'lie.' 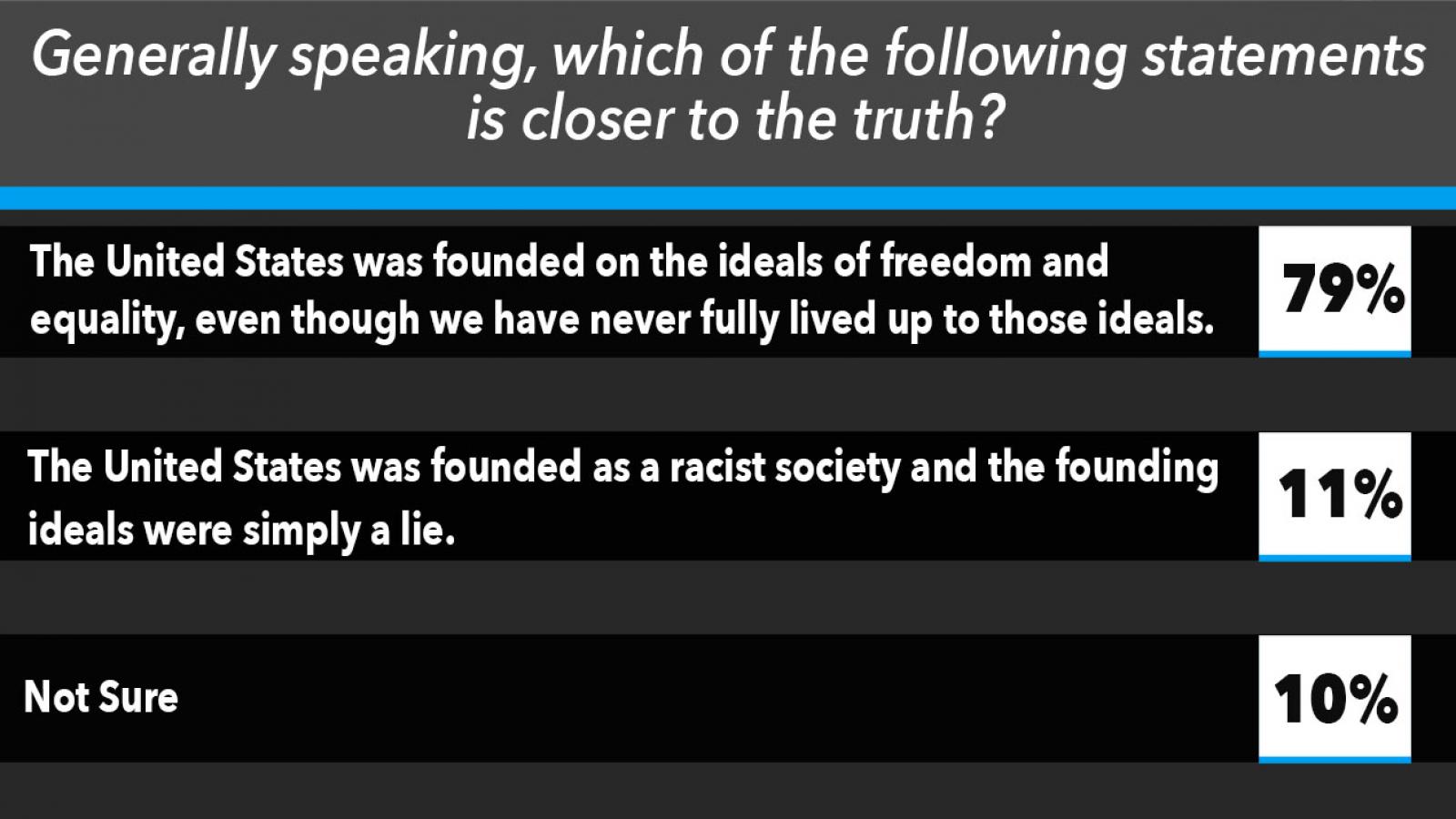 An overwhelming majority of American voters believe that the United States was founded on the ideals expressed in the Declaration of Independence, even if the country has at times failed to live up to those ideals, according to a new Just the News Daily Poll with Scott Rasmussen.

Seventy-nine percent of the respondents believe that the statement that the U.S. was "founded on the ideals of freedom and equality, though we have never fully lived up to those ideals" is more accurate than the belief that those founding ideals were a "lie." founding.

Just 11% believed the "lie" interpretation to be more accurate.

The strong support in favor of the country's foundational tenets comes after several months of sustained anti-American rhetoric on the part of commentators and activists across the country, many of whom believe that the U.S. was founded explicitly as a racist, unequal society.