Just 13% believe it has helped the movement. 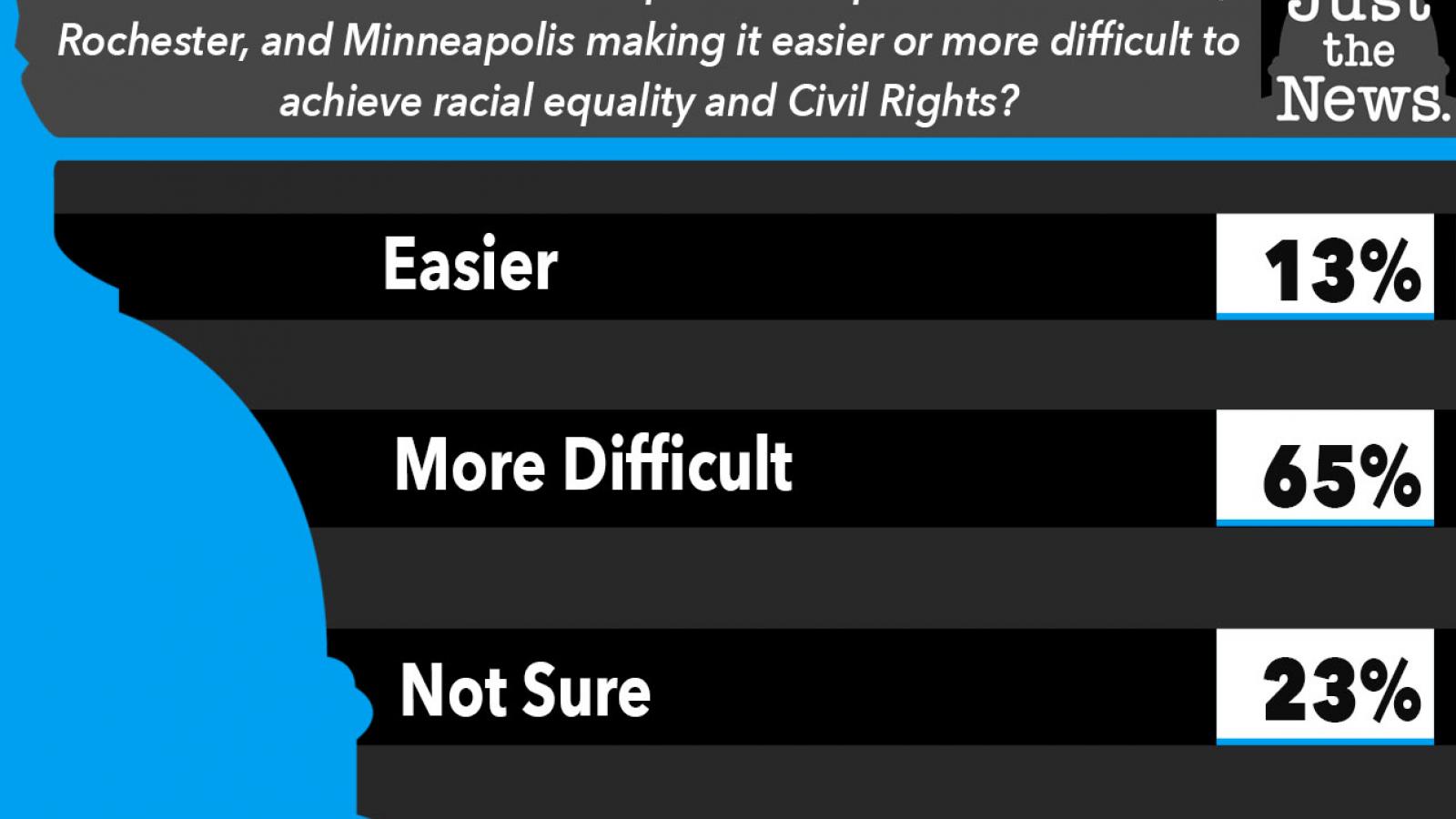 A large majority of U.S. voters say the recent violent protests across the country have hindered, not helped, the civil rights cause, according to a new Just the News Daily Poll with Scott Rasmussen.

Protests and demonstrations, many of them destructive, have persisted across the U.S. over the last several months in response to police-involved deaths and shootings of black men, beginning with the May 25 death of Minneapolis resident George Floyd and reigniting again with the Aug. 23 police shooting of Kenosha, Wisconsin resident Jacob Blake.

Fully 65% of voters said the violence associated with the riots makes it "more difficult to achieve racial equality and civil rights," while just 13% said it helps the cause.

Pollster Scott Rasmussen pointed out that even a majority of black voters — 51% — responded that violence is setting back efforts to achieve racial equality.

"I think it's important to recognize some parallels with the 1960s," he said. "In those days, the response would have been unfavorable. And, in fact, Martin Luther King, Jr. was viewed more negatively than positively. But today, views of King are comparable to Washington, Lincoln and Jefferson."

"The point is," he continued, "that it's difficult to have perspective in the midst of turmoil ... perhaps a fog-of-war factor. So, the mix of violence and more positive expressions of legitimate grievance is very hard to sort out."

The survey of 1,200 Registered Voters was conducted by Rasmussen using a mixed-mode approach from Sept. 10-12.