A strong majority of registered U.S. voters say the Trump administration's recently brokered accords among several Middle Eastern nations are a "significant" move toward peace in the region, according to a new Just the News Daily Poll with Scott Rasmussen.

President Trump has said the deals are just the start on similar ones and that several other Arab nations want similar accords with Israel to bring peace in the Middle East and to promote more economic prosperity.

Just 18% of voters in the new poll said the deals were either "not very" or "not at all" significant. Twelve percent were unsure. 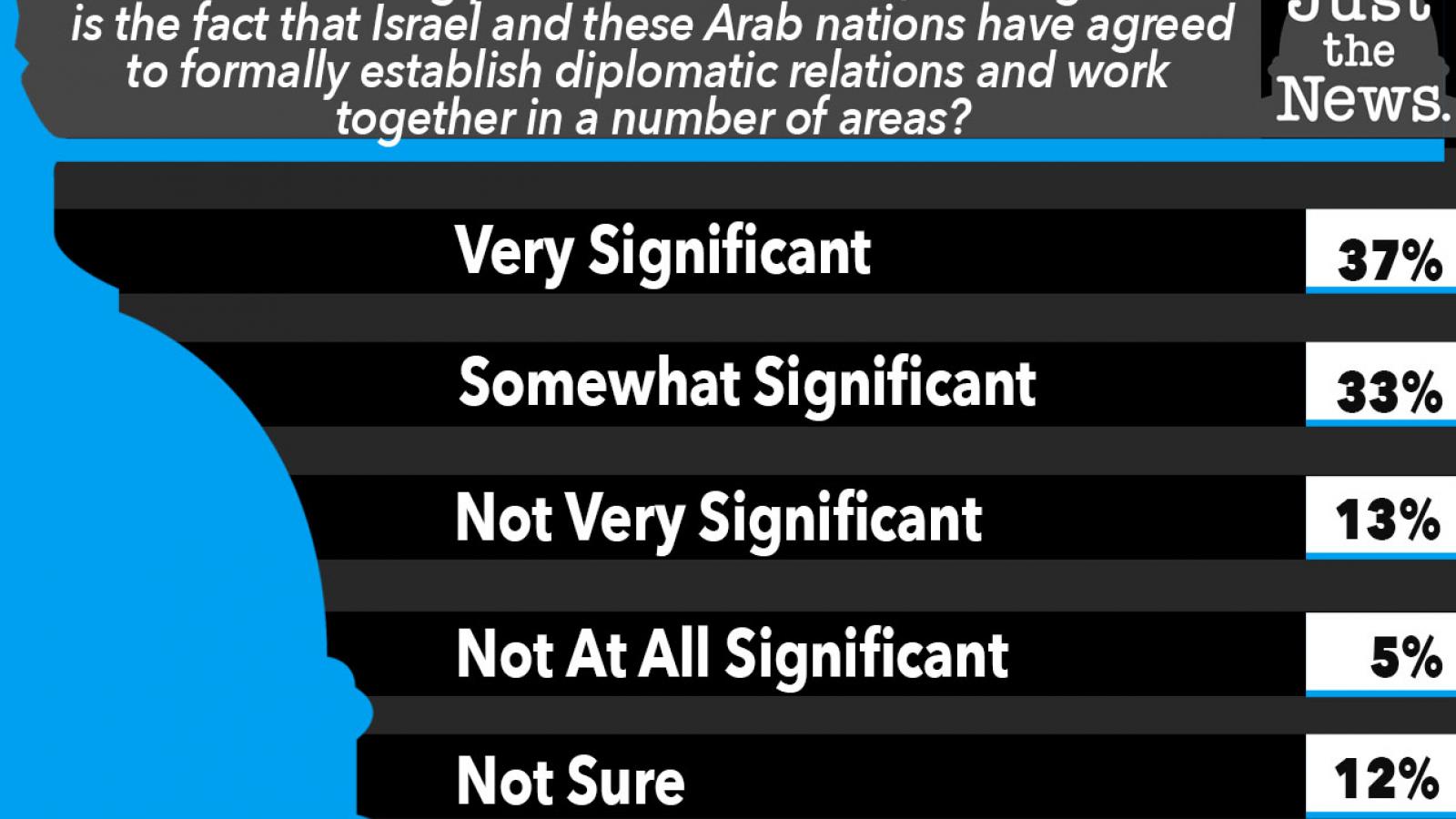 Rasmussen said the administration received high marks for the accords even as voter awareness in the measures remained relatively low.

The survey of 1,200 Registered Voters was conducted by Rasmussen from September 17-19.