Just over a third of voters are opposed to it. 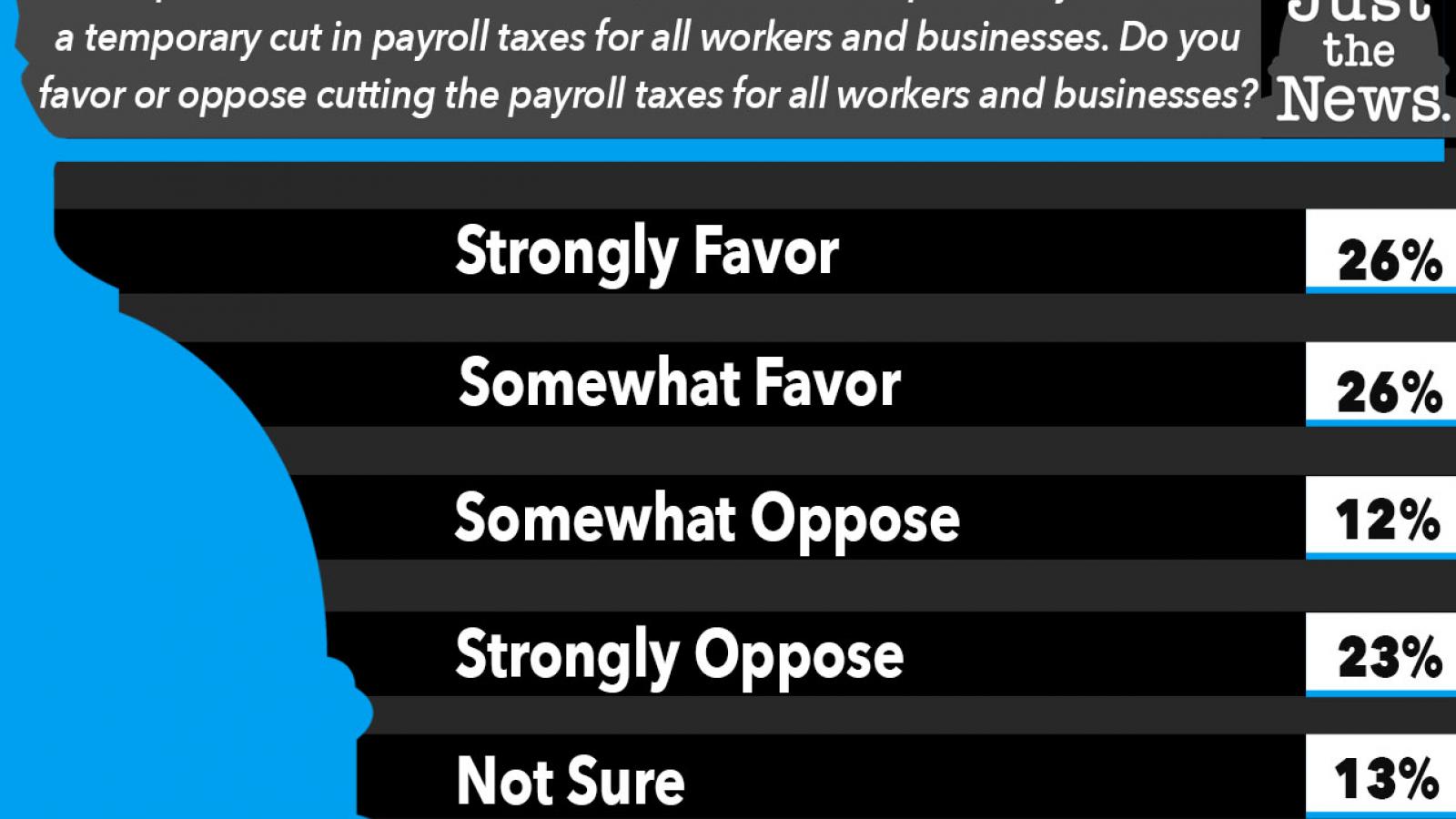 A majority of registered U.S. voters support President Trump's recent enactment of a payroll tax cut, according to a  new Just the News Daily Poll with Scott Rasmussen.

Trump earlier this month announced the cut via executive order, a measure the president took as negotiations stalled between Republicans and Democrats over a new coronavirus relief package.

Asked whether they either "favor or oppose cutting the payroll taxes for all workers and businesses," 26% of registered voters responded that they "strongly" favored it, while 26% said they "somewhat" favored it.

Slightly over a third of respondents were opposed to the measure, with 12% being "somewhat" and 23% being "strongly" against it.

Rasmussen says general support for such a cut historically trends fairly high and across ideological lines. However, when voters identify the policy with a sitting president, the results become much more aligned by partisan affiliation, he said.

Still, Rasmussen points out that among voters in this poll who only "somewhat disapprove" of the president, 48% of them nevertheless approve of the tax cut.

"Those numbers suggest the payroll tax cut might convince some of these disapproving voters that there is a reason to vote for Trump," he said. "In a close election, even a small gain among these voters could have a big impact."