The justice is set to be confirmed next week. 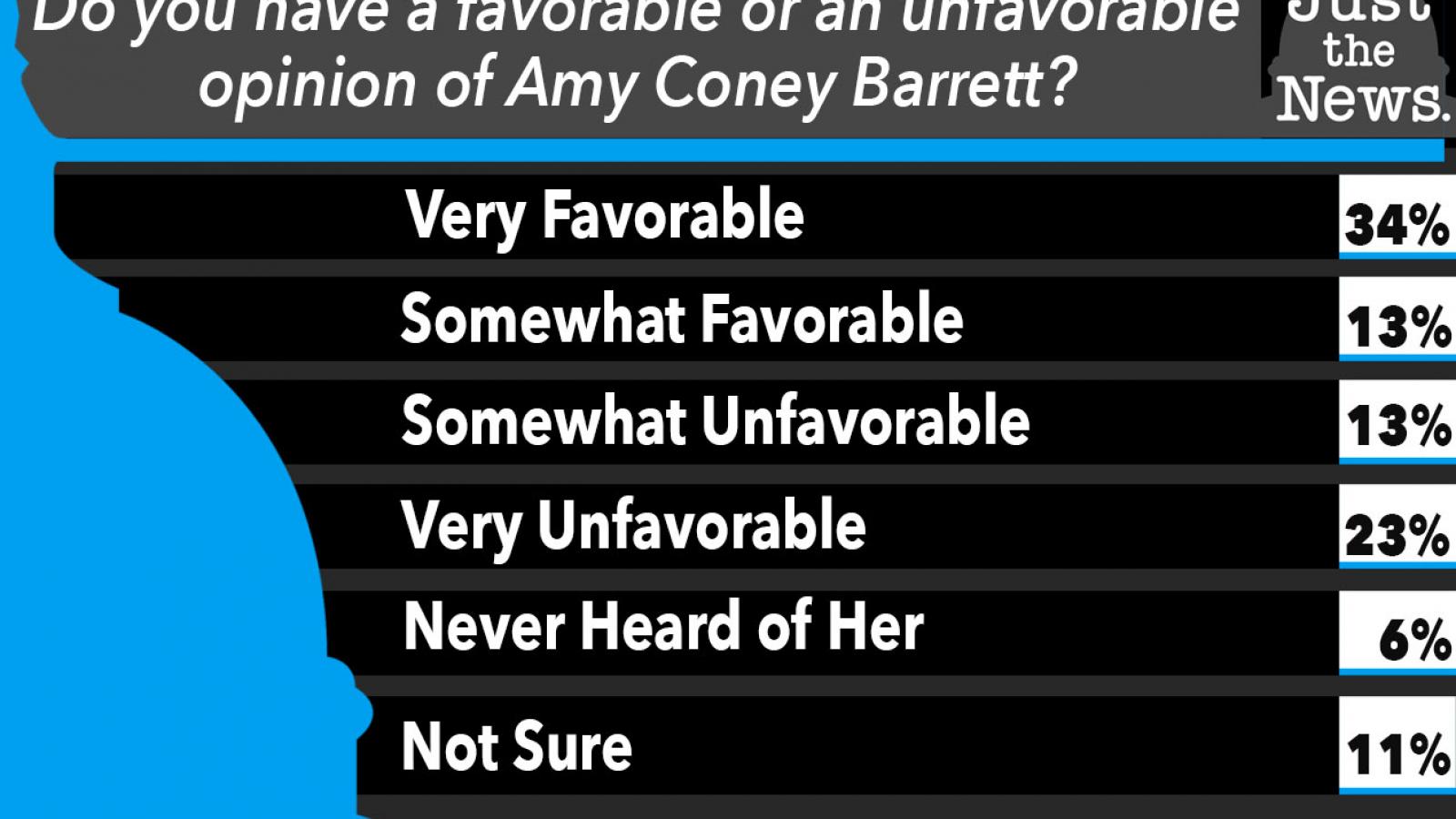 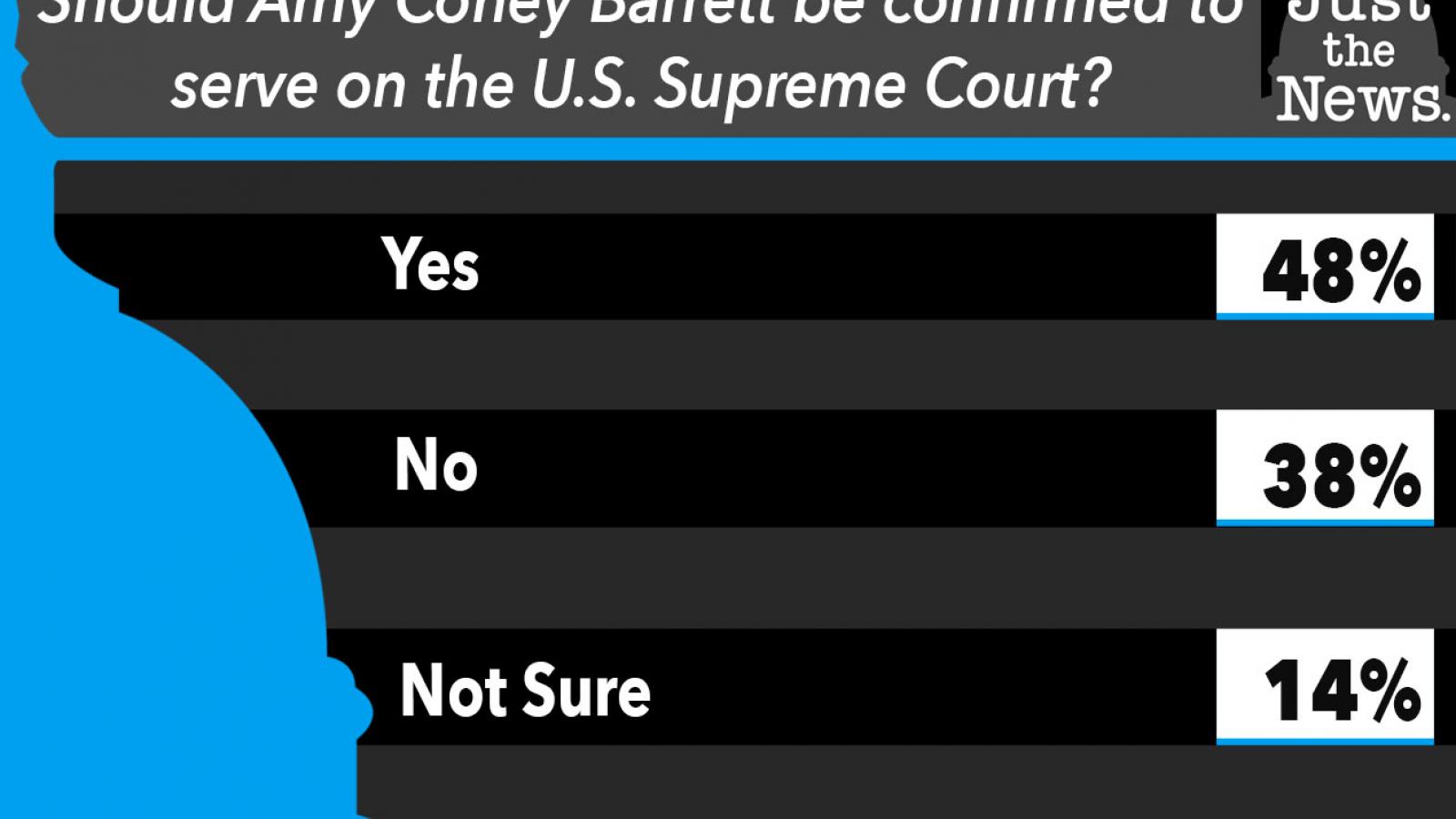 A near-majority of likely U.S. voters have favorable views of Judge Amy Coney Barrett being confirmed to the high court, according to two new Just the News Daily Polls with Scott Rasmussen.

Among voters likely to cast a ballot in the 2020 election, 13% have a "somewhat favorable" view of the judge, while 34% of voters — the largest share of responses — have a "very favorable" view."

A near-equal number of likely voters, 48%, think President Trump's nominee should be confirmed to the court.

The results of those polls, Rasmussen said, suggests last week's televised Senate confirmation hearings had "little or no impact" on the public's perception of Barrett or the GOP-controlled chamber voting in favor of her appointment.

"It is interesting to note that Democrats are far more likely to see her as becoming a conservative justice," said Rasmussen, while also pointing out that 67% of Democrats expect that outcome, compared to 52% of Republicans and independents.