Those in favor outnumber those opposed by more than two to one.

Although it is illegal for non-citizens to vote in U.S. federal elections, a 1993 law prevents officials from requiring proof of citizenship, and 56% of registered voters in a new survey think that should change.

The majority of the respondents in the new Just the News poll with Scott Rasmussen say the law should be changed so that it is legal to check voters for U.S. citizenship status.

Twenty-six percent of the voters said the law should go unchanged.

By political affiliations, 46% of Democrats agreed that citizenship checks should be legal, compared to 74% for Republicans. 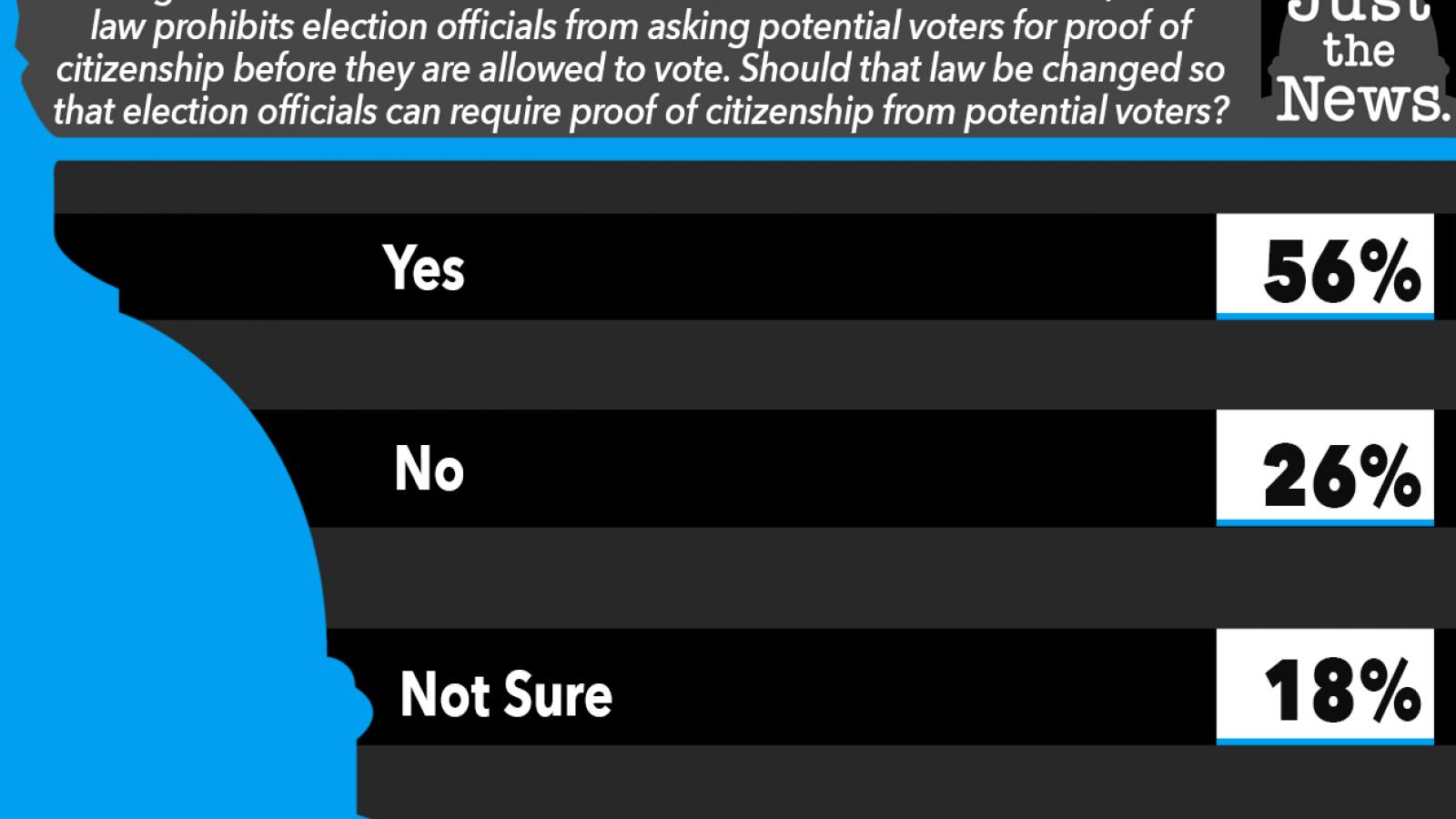