Less than 30% of voters believe otherwise.

A majority of U.S. voters say former Democratic presidential candidate Joe Biden has used his decades-long political career to enrich his family and close friends, according to a new Just the News Daily Poll with Scott Rasmussen.

When asked, 57% of voters said it was either "somewhat" or "very" likely that Biden's inner circle has profited from his nearly 50-years-long career in public office, which includes the elected positions of U.S senator and vice president. Just 28% said they doubted such profiting. 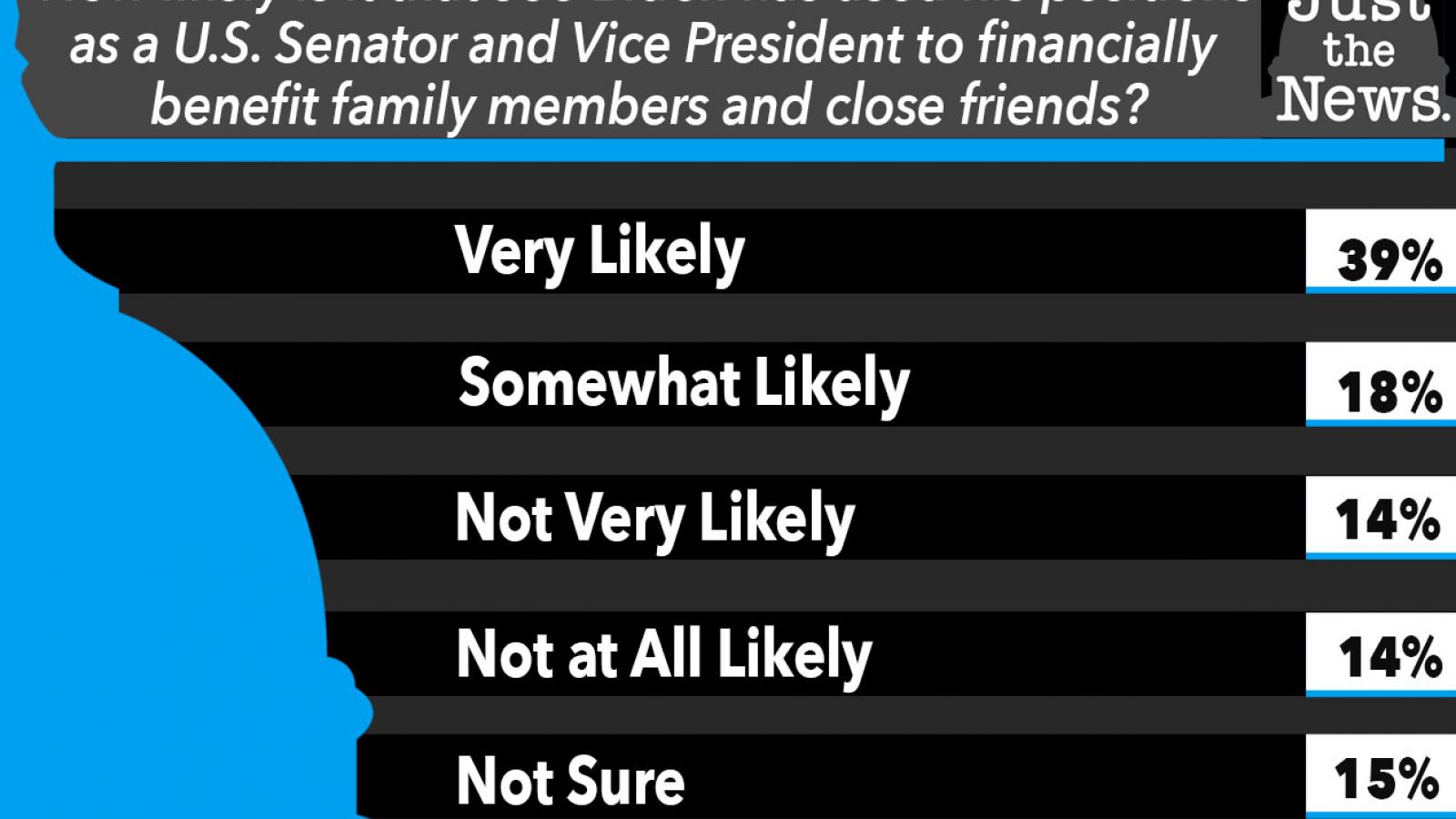 Noting parallels between Biden and 2016 Democratic candidate Hillary Clinton, Rasmussen said: "In 2016, the Clinton campaign acted as if all they had to do to win was point out the ethical failings of Donald Trump. They failed to see the reality that many voters also saw Clinton as fundamentally corrupt. In fact, the baseline view for many voters is that ALL politicians are corrupt."

"Studies after Election 2016 showed that Trump spoke more about issues than Clinton did," he continued. "And that helped him win. This year, it will be more challenging for the president because he has a record to defend. But Biden will make a significant mistake if he fails to recognize that voters see this as an elections between two politicians with ethical challenges."