Just 27% of those survey said women's sports should not remain a single-sex environment. 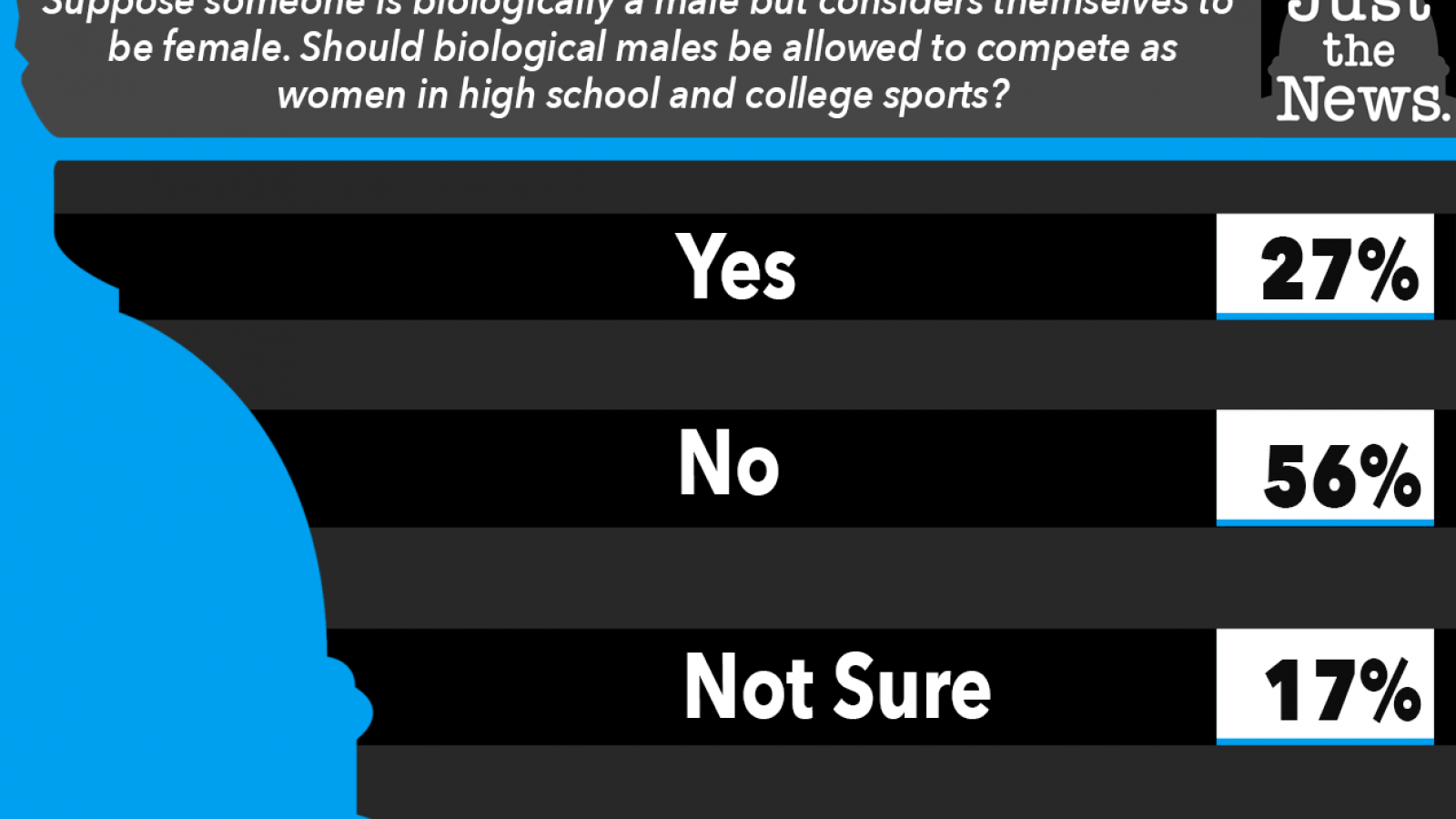 A solid majority of voters think males who identify as females should nevertheless be barred from participating in women's sports leagues, according to a new Just the News Daily Poll with Scott Rasmussen.

Fifty-six percent said women's sports teams should remain single-sex environments, regardless of the professed identity of a participant. Just 27% disagreed, while 17% were unsure.

The issue of transgender athletes participating in women's sports leagues has increasing become a matter of debate across the country.

President Biden on his first day in office signed an executive order indicating that his administration would support efforts to allow transgender individuals on those teams.

Growing evidence suggests that male athletes who identify as female maintain marked advantages over women and girls in many cases, even after months or years on synthetic estrogen supplements.

The survey of 1,200 Registered Voters was conducted by Rasmussen using a mixed mode approach from Feb. 4-6, 2021.