Nearly 40% admit they have. 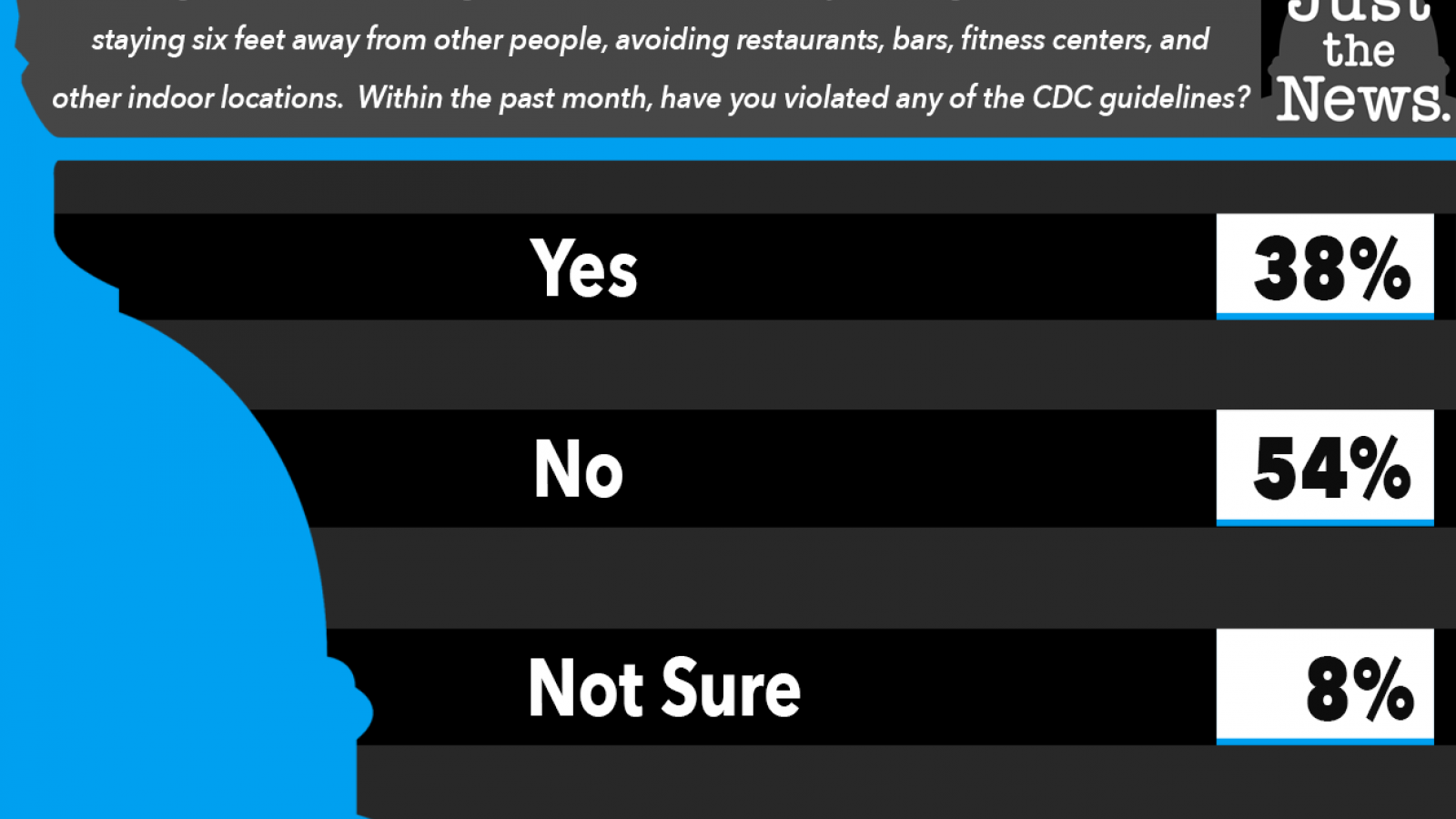 A majority of voters claim they have avoided violating public health guidelines regarding COVID-19 in the past month, according to a new Just the News Daily Poll with Scott Rasmussen.

Public health officials including the U.S. Centers for Disease Control and Prevention have directed Americans over the past year to avoid coronavirus infections by wearing masks, remaining at least six feet apart from non-household acquaintances, and avoiding public indoor locations such as bars as restaurants.

Asked if they had violated any of those guidelines in the past month, 54% of voters said no, while 38% said yes.

Though a solid majority of respondents to the poll claimed to have followed CDC guidelines over the past four weeks, another recent poll by Rasmussen showed that, when the question was posed in a different context, a larger majority admitted to engaging in activities that violated those guidelines.

Rasmussen found that, within the past month, "two-thirds of voters (66%) have taken part in [activities] which are frowned upon by the CDC," including indoor dining and going on vacation."

The survey of 1,200 registered voters was conducted by Rasmussen using a mixed-mode approach from March 18-20, 2021, and had a margin of sampling error: +/- 2.8 percentage points.