Less than 40% prefer the opposite. 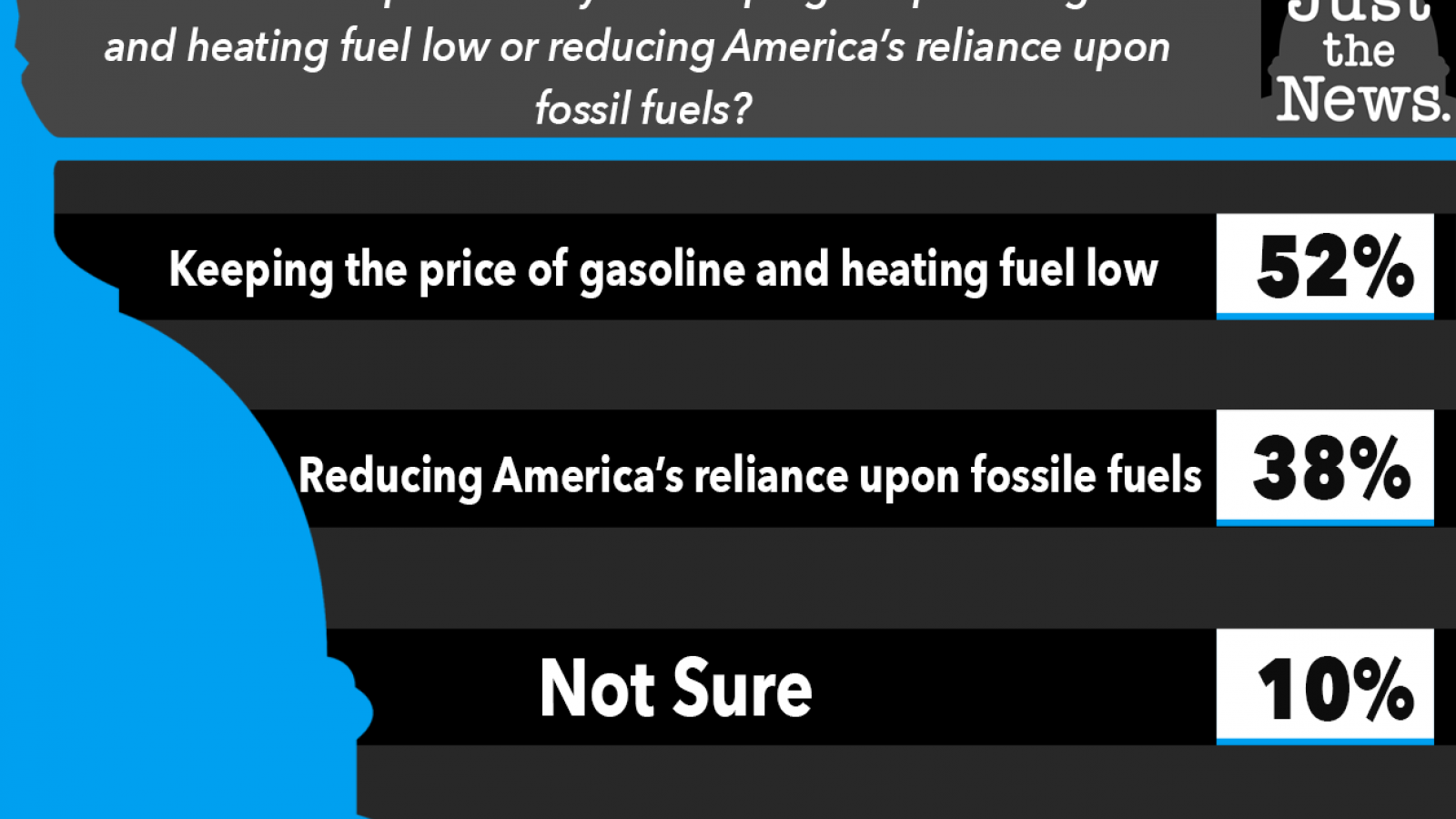 A majority of U.S. voters would prefer gasoline and other fuel prices kept low over moving the country toward less dependence upon fossil fuels, according to a new Just the News Daily Poll with Scott Rasmussen.

Fifty-two percent of respondents said they'd prefer "keeping the price of gasoline and heating fuel low," while 38% said they would rather focus on "reducing America’s reliance upon fossil fuels."

The remaining 10% were unsure.

Debate has raged in recent decades as to whether the U.S. and the world should focus more on renewable energy at the expense of fossil fuel development, or vice versa.

Starting in the late 19th century, fossil fuels – which developed from organic deposits over millions of years – enabled humanity to break away from the near-universal poverty that had dominated most of human history and develop first-world economies and much higher standards of living. Fossil fuels powered the cars, and truck and ships that moved goods and powered the factories the manufactured them.

Fossil fuels, however, are a finite resource, with activists and environmentalists more and more demanding industries move toward developing alternative modes of energy production – including solar and wind power – before oil and gas reserves run out and/or cause environmental destruction. Critics of such plans largely agree that so-called "green energy" should be included future plans but point out their still are largely more expensive that fossil fuel energy.