Less than half in new poll believe Biden is legitimate winner of election; a third say Trump won

Among Democrats, 87% think that Biden is the winner. Of Republican respondents, 77% said they think Trump is the legitimate winner. 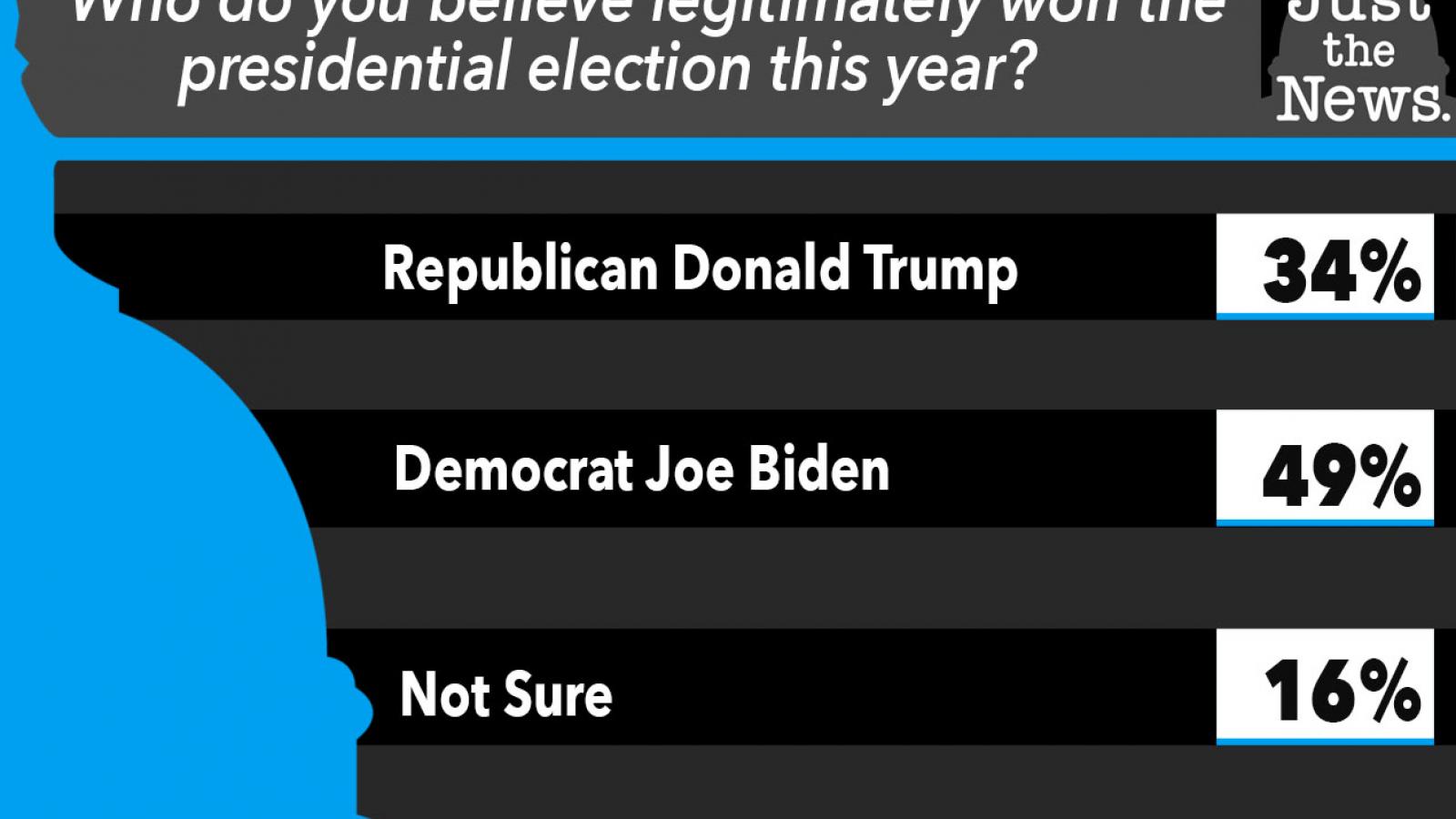 More than a third of registered voters believe Donald Trump legitimately won the presidential election, according to a new Just the News Daily Poll with Scott Rasmussen.

Less than half of all respondents — 49% — believe Joe Biden legitimately won the race, while 34% said they believe Trump won the election, and 16% said they are not sure who really won.

Among Democrats, 87% think that Biden is the winner.

Rasmussen noted that the survey was conducted from Thursday night until Saturday early afternoon.

"During the time of this survey, no television network or other news source had formally called the race for Biden," he said.

The survey was comprised of 1,200 registered voters and conducted by Scott Rasmussen from Nov. 5-7, 2020.