The unfavorable gap between those politicians was even starker, with 62% of voters viewing McConnell negatively, while 44% felt that way about Schumer, and just 36% felt negatively about McCarthy.

National polls from the last several months have shown a major decrease in McConnell's favorability among Americans: At the time of the 2020 presidential election, an Economist/YouGov poll showed him with a 32% approval rating, while last week the same poll gave him 17% approval among voters. 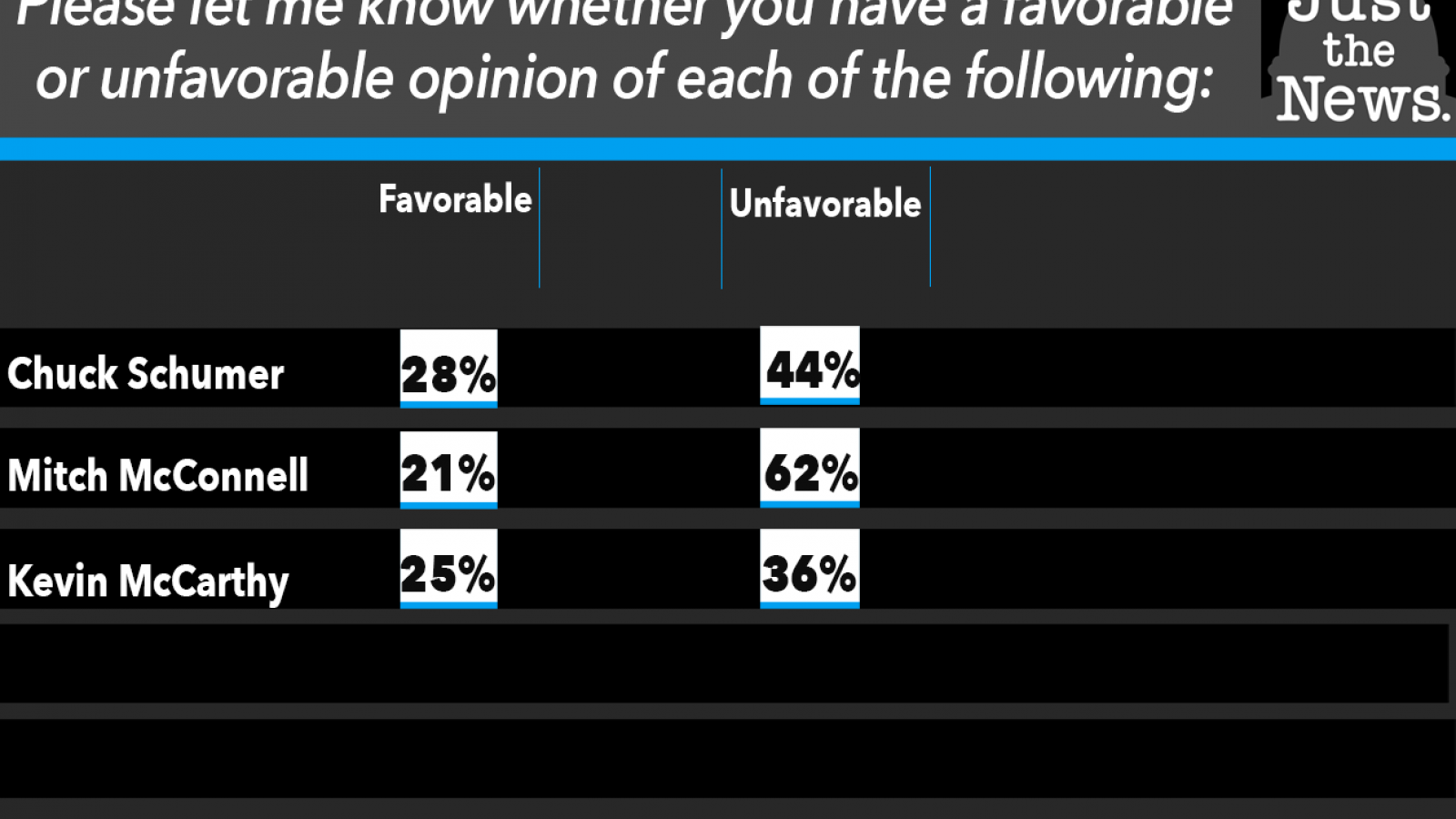 McConnell's sliding numbers may be due in part to a plunge in popularity among GOP voters. The Kentucky senator harshly criticized Trump following the recent Senate impeachment trial that acquitted the former president of inciting the Jan. 6 "insurrection" at the Capitol. McConnell claimed multiple times that Trump encouraged the Capitol mob, even as McConnell himself voted to acquit Trump.