Poll: More than 40% of voters oppose Biden's handling of record influx of immigrants at U.S. border

Even less are in favor of it. 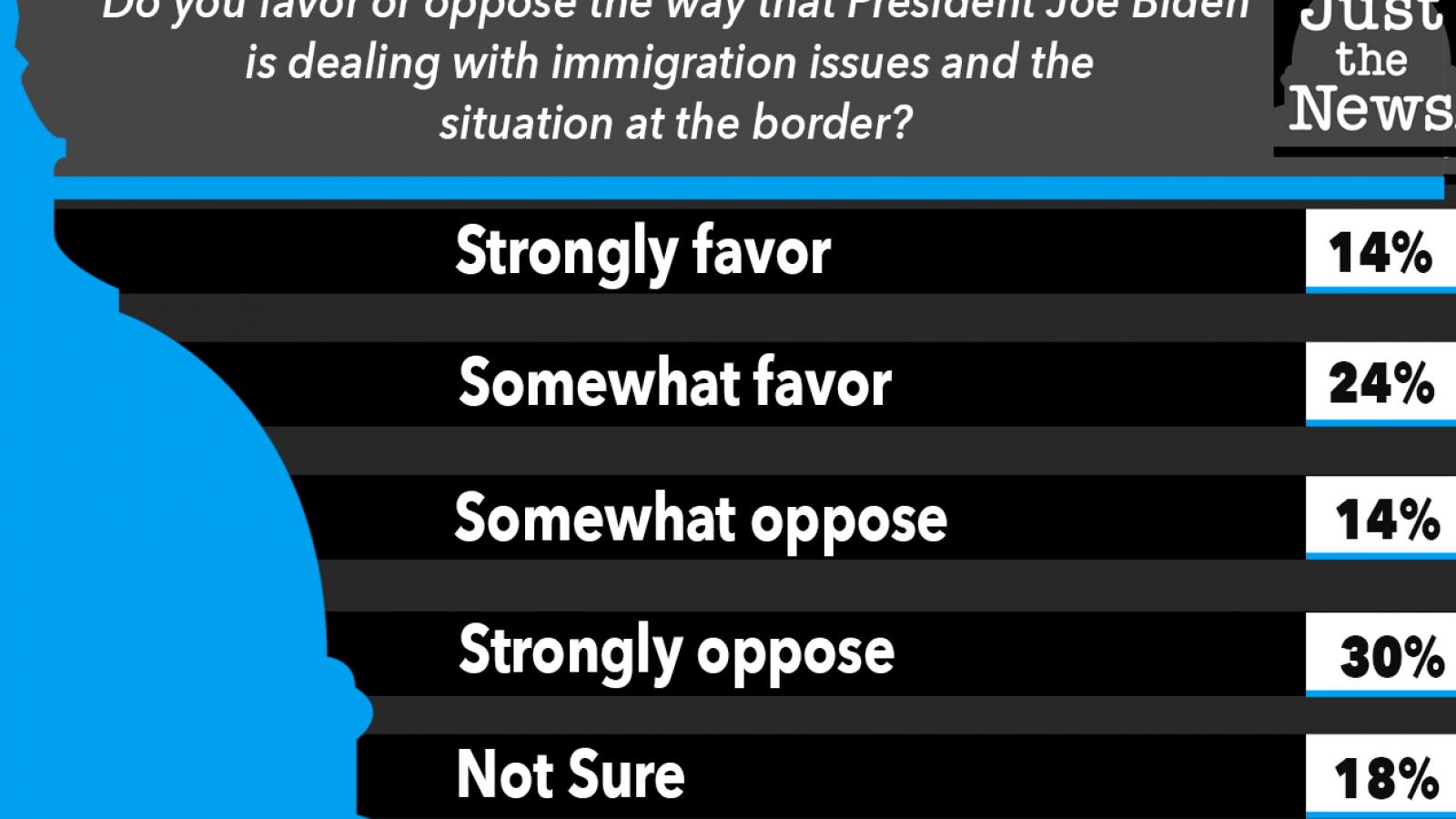 More than 40% of registered U.S. voters have a negative opinion of President Biden's handling of the recent influx of immigrants at the southwestern U.S. border, according to a new Just the News Daily Poll with Scott Rasmussen.

On the question "Do you favor or oppose the way President Biden is dealing with immigration issues and the situation at the border," 44% of respondents said they did not support his efforts, while 38 percent supported them. Eighteen percent said they were unsure.

Homeland Security Security Alejandro Mayorkas acknowledged Wednesday that the border surge is the biggest in the past 20 years, largely driven by expectations in Latin America that Biden's immigration policies would be softer than those of former President Trump.

The influx includes an estimated 13,000 unaccompanied minors, many of them having to stay in facilities beyond the federal law of 72 hours.

Biden has pledged to have a more humane border policy than President Trump.