'Republicans, by a 66% to 17% margin, believe that the New York subway decision was worse,' Rasmussen said 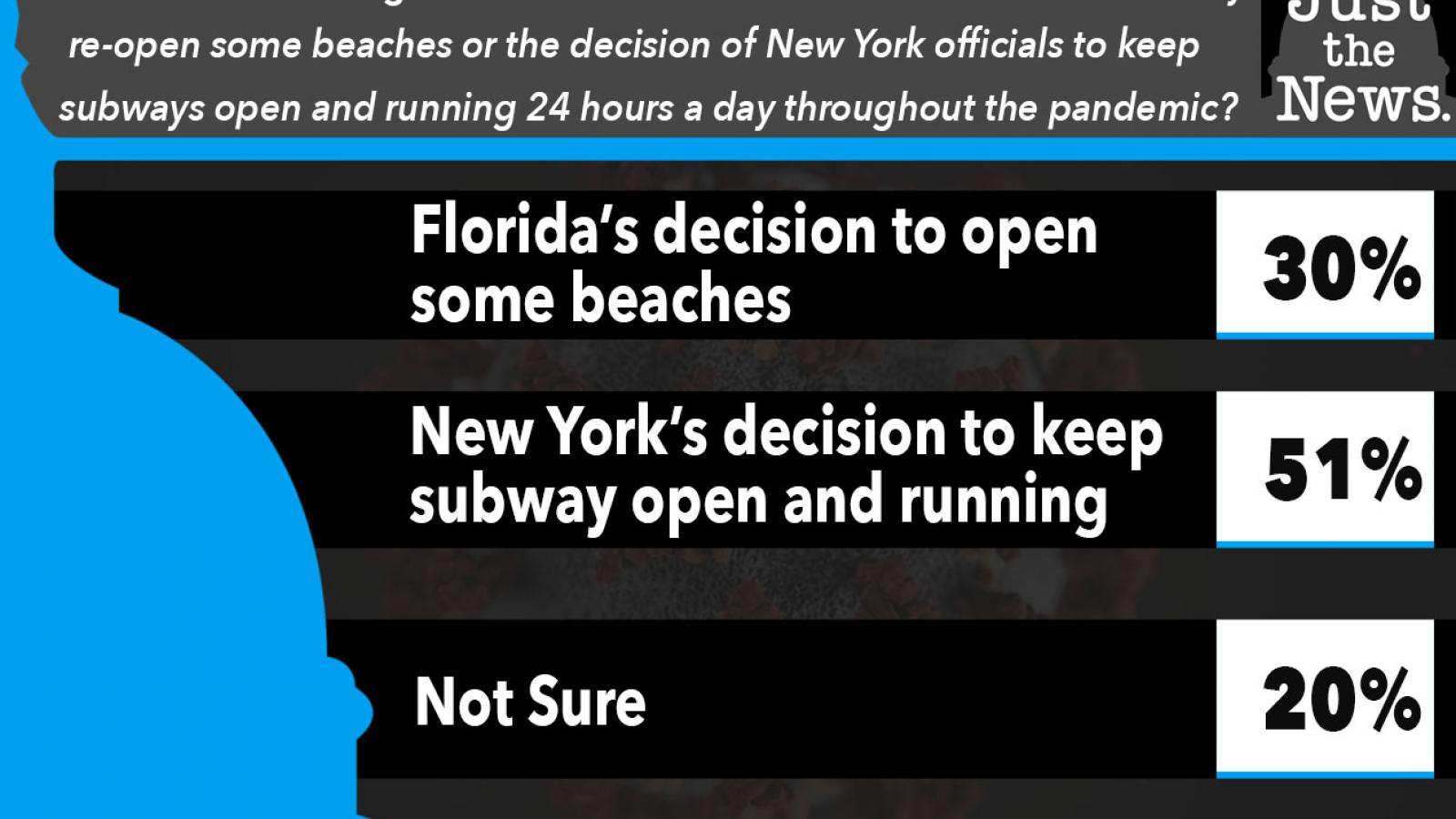 Most American voters say keeping the New York City subway open during the coronavirus is more risky than re-opening Florida beaches, according to the Just the News Daily Poll with Scott Rasmussen.

"Once again, it’s clear that the question has tapped into newly created symbolism," Rasmussen said. "Republicans, by a 66% to 17% margin, believe that the New York subway decision was worse. Independents agree by a 48% to 24% margin. Democrats, on the other hand, are fairly evenly divided. Forty-five percent (45%) say Florida took the more dangerous route while 39% point to New York."

(New York during the polling, from May 7 to 9, suspended subway service from 1 a.m. until 5 a.m. to disinfect cars.)

Rasmussen said one factor influencing these results may stem from the fact that New York has a Democratic governor while Florida has a Republican in the governor’s mansion.

"However, it’s probably more than that," he said. "And, for most people – especially partisans – it probably has little to do with a careful consideration of the health implications. Instead, the actions are measured by what they seemed to represent. Florida’s decision to partially re-open the beaches was widely reported as a symbolic step toward ending the lockdowns. Since Democrats are far more likely to support extending the lockdowns, the symbolic re-opening was seen as dangerous to many. On the other hand, Republicans are more interested in easing the restrictions and re-opening society. For them, the symbolism of re-opening a beach was a cause for celebration."

Just the News Daily Poll respondents were asked “Which was more dangerous – the decision of Florida officials to recently re-open some beaches or the decision of New York officials to keep subways open and running 24 hours a day throughout the pandemic?" They replied as below: