Nearly 60% of likely voters — including 70% of undecideds — believe U.S. shouldn't lock down again

Noting that undecideds in the presidential race oppose relocking by a ratio of almost 3-1, Scott Rasmussen noted: "If there is to be a late comeback for the president, this question might provide a clue as to why." 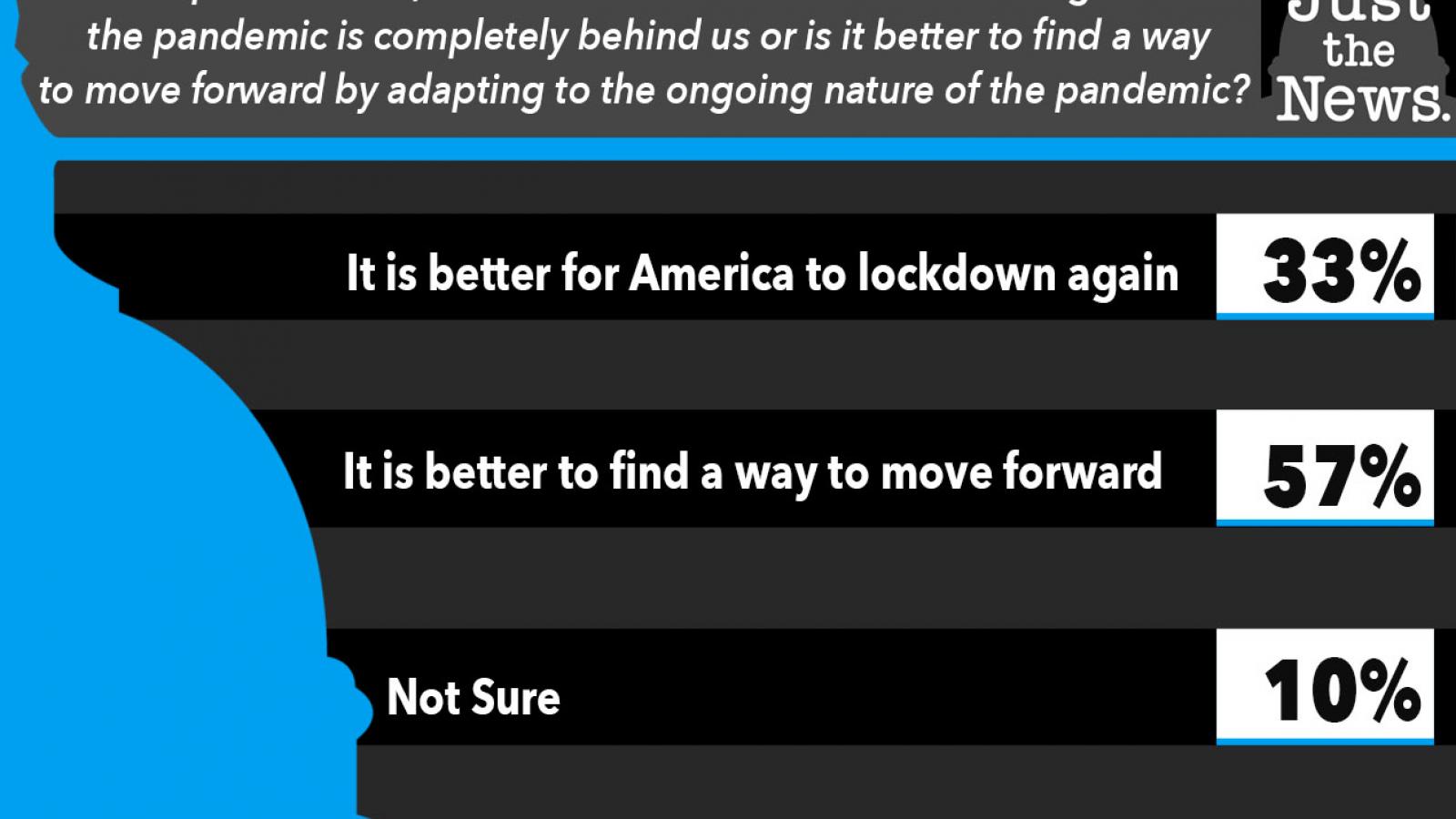 A majority of likely American voters believe the United States should not undergo another COVID-19 lockdown, according to a new Just the News Daily Poll with Scott Rasmussen.

A full 57% of likely voters believe that "it is better [for the U.S.] to find a way to move forward" without further lockdowns like the kinds that American governors imposed throughout the country in March and April.

Just 33%, meanwhile, believe that "it is better for America to lock down again." The remaining 10% were unsure.

In light of President Trump's continued trailing of Biden in the polls, Rasmussen noted: "If there is to be a late comeback for the president, this question might provide a clue as to why."

"Supporters of president Trump think we should adapt by an 81% to 15% margin," he pointed out, while "those who support Biden take the opposite view by a 49% to 35% margin." The reason it could possibly fuel a comeback, he continued, "can be seen by looking at the 14% of voters who are not yet committed to either candidate."
"... Among these uncommitted voters, 24% said it is time to lockdown again," he said, "but 70% said it's time to adapt. This data point strikes me as something that might slip beneath the radar and shock many analysts."
The survey of 1,240 Likely Voters was conducted by Scott Rasmussen using a mixed mode approach from October 8-10, 2020.

In final White House briefing, Fauci asks Americans to remember him: 'I gave it all I got'