Less than 25% say it will have any impact 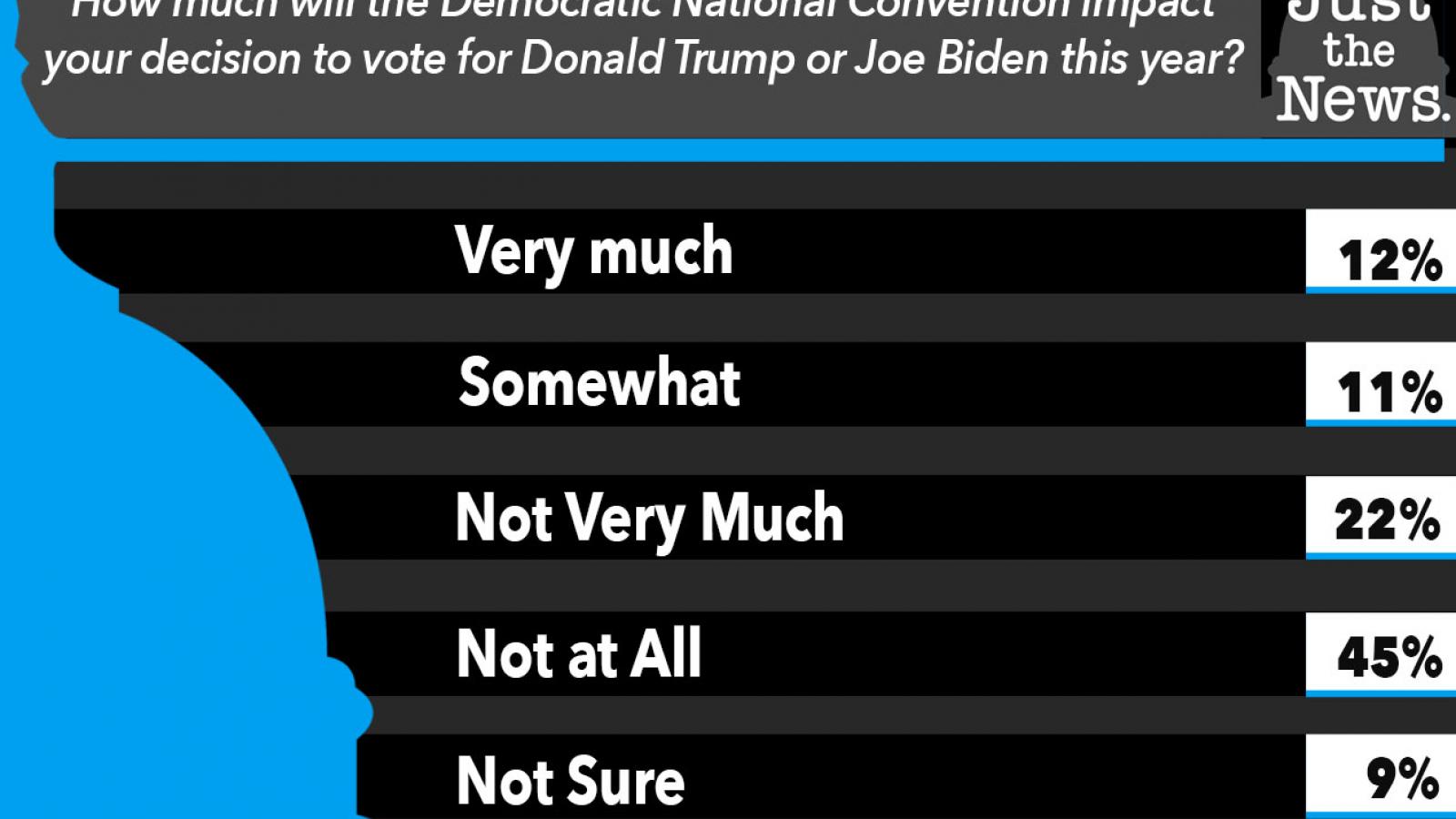 A sizable majority of registered voters say their votes for president will not be impacted by the proceedings at this week's Democratic National Convention, according to a new Just the News Daily Poll with Scott Rasmussen.

A total of 67% of voters say the convention will have little to no impact on their choice for president. Among them, 45% said the convention – with its speeches, voter testimonials and other programming – will "not at all" impact their decision.

Just 12% said the convention will strongly influence their vote, while 11% said it would "somewhat" sway their decision.

"Conventions are still a big deal to political activists, but they are little noticed by – and have little impact on – the public at large," Rasmussen said.

He also argued that the last "meaningful" convention occurred in 1980, when Ted Kennedy attempted to change the delegate rules to challenge Jimmy Carter.

"Another factor is television," Rasmussen also said. "In the 1960s and '70s, there were only three television networks, and they all covered the conventions as a big deal. Anybody turning on the TV would have noticed. In today’s world, consumers have a virtually unlimited supply of more appealing options on their screens and phones."