Just two out of five voters believe demonstrations have been "generally peaceful." 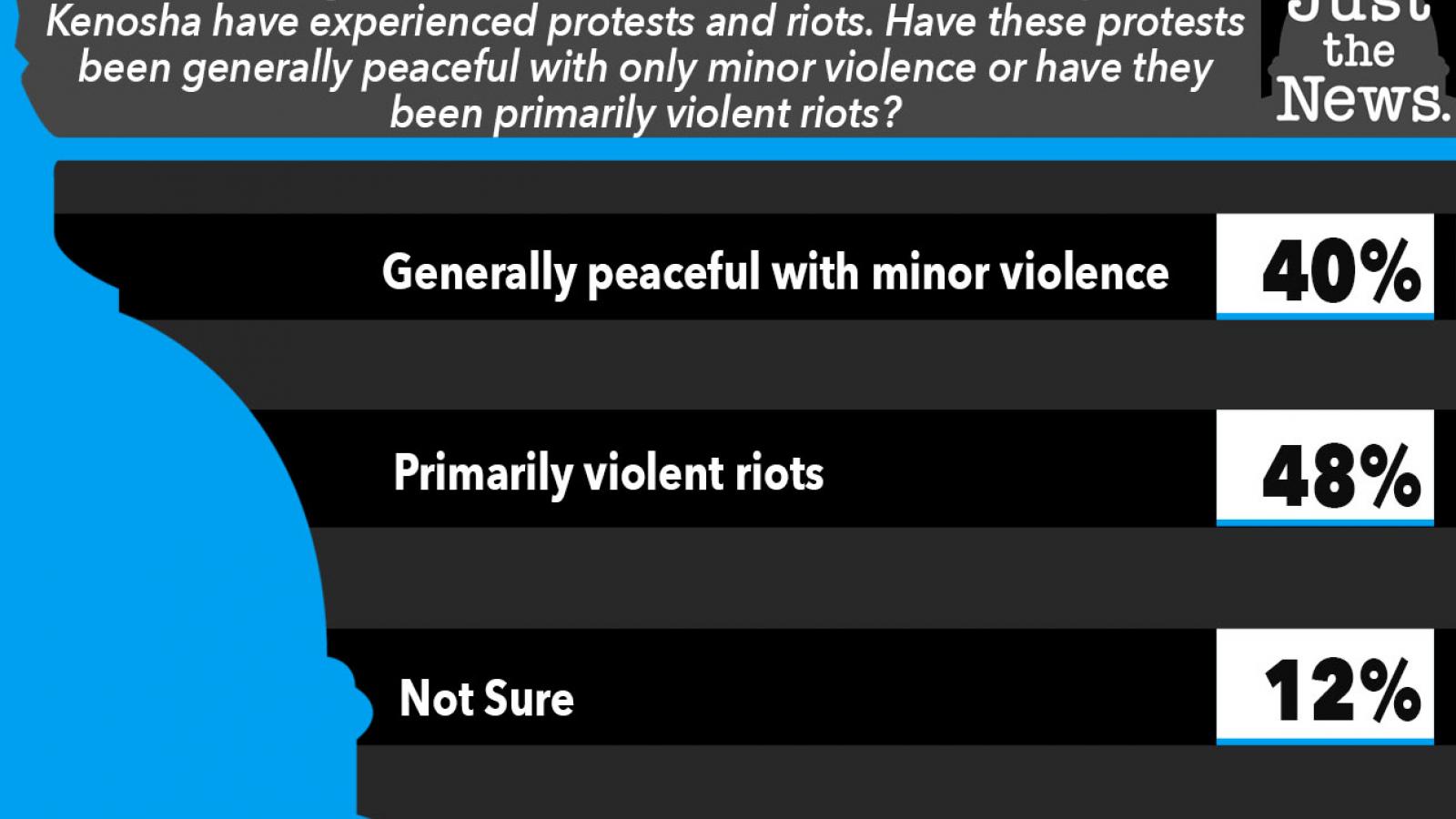 A near-majority of registered U.S. voters say that the recent Black Lives Matter-associated protests across the country have been primarily violent demonstrations, a new Just the News Daily Poll with Scott Rasmussen shows.

When asked, 48% of voters said the protests have been "primarily violent riots," rather than "generally peaceful," while 40% said the demonstrations have been largely violence free.

The remain 12% said they were unsure, in a survey in which responses seemed related to where respondents live.

"There is also a potentially important gap based upon where people live," Rasmussen pointed out. "Suburban voters, a much sought after demographic, believe by a 48% to 40% margin that the protests have been primarily violent. Most urban voters (53%) believe they have been generally peaceful."

Most of the violent protests have taken place in major U.S. urban centers including Minneapolis, New York City, Portland, Oregon, and Washington, D.C.

In rural America, 62% believe they have been primarily violent," Rasmussen also said. "This is a segment of the population that [President Trump] is hoping will turn out in large numbers to vote."

The survey of 1,200 registered voters was conducted by Rasmussen using a mixed mode approach from August 27-29, 2020.