Both those supporting and opposing the confirmation have risen by 10 percentage points since a poll conducted on Sept. 26.

A near-majority of U.S. voters are in favor of the Senate's confirming Amy Coney Barrett as the newest member of the Supreme Court, according to a new Just the News Daily Poll with Scott Rasmussen.

Among respondents, 47% favor Barrett's confirmation either "strongly" or "somewhat." (Of those, 33% are "strongly" in favor of it.)

Just 9% of voters are "somewhat opposed" to the confirmation, while 31% are "strongly" against it. 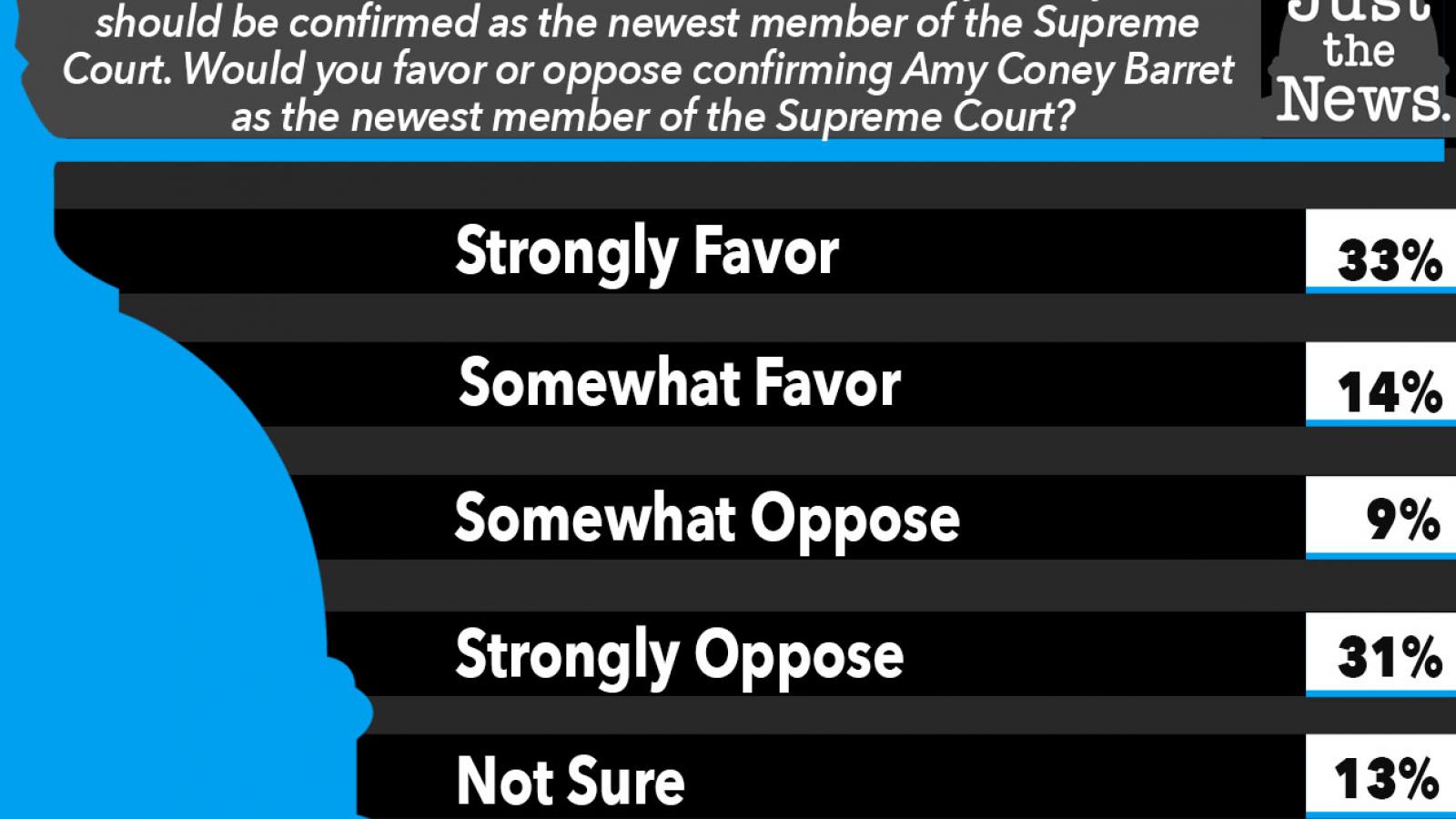 Support for and opposition to the nomination have each risen 10 percentage points since a poll conducted by Scott Rasmussen online on Sept. 26. In that poll, 37% supported confirmation of Barrett, with 30% opposed and 33% not sure.

The survey of 1,200 Registered Voters was conducted by Scott Rasmussen using a mixed mode approach from Oct. 1-3, 2020.

Click here to see this question's methodology and sample demographics.