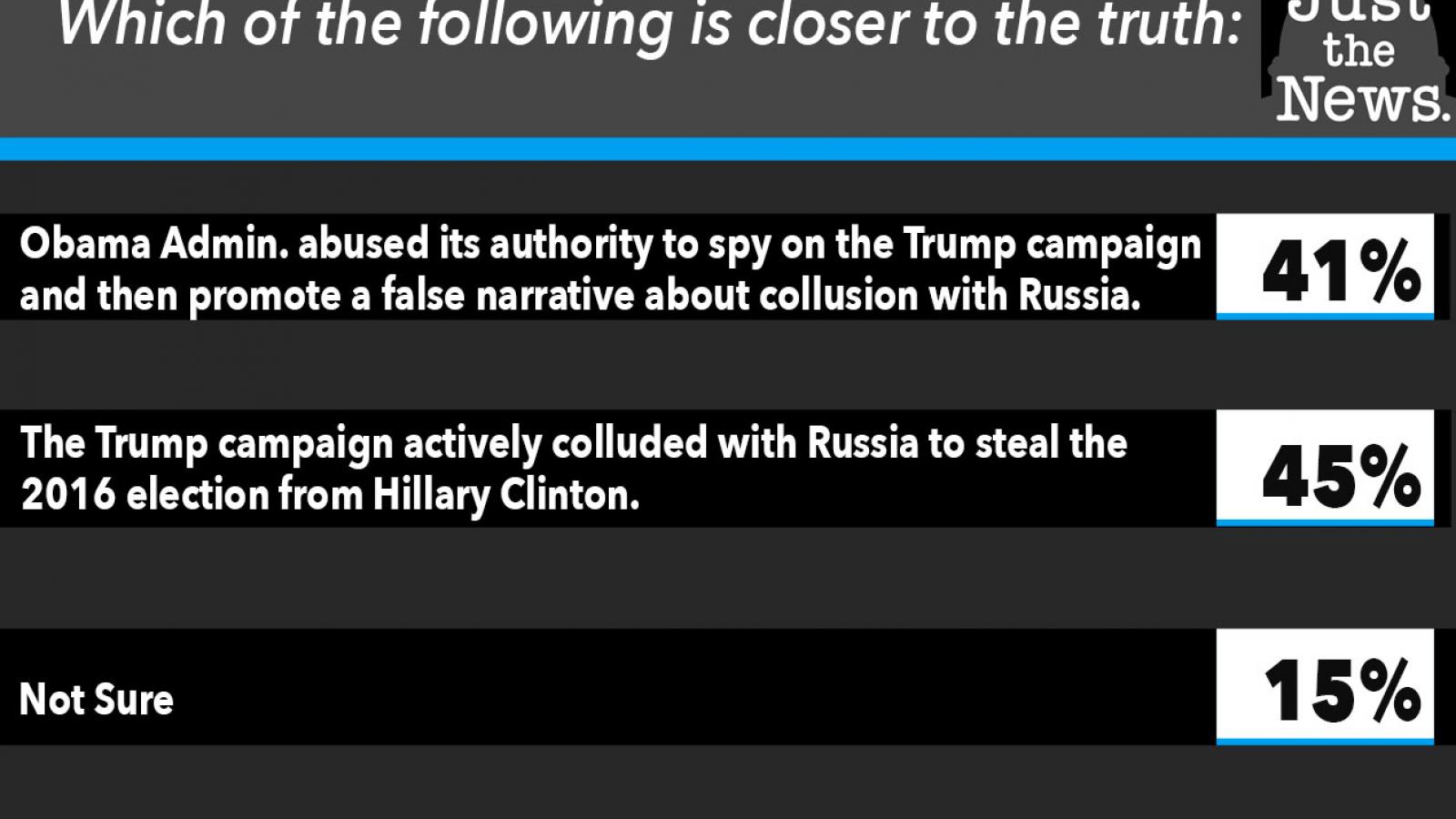 Less than half of likely American voters still believe that the Trump campaign in 2016 colluded with Russia to steal that year's presidential election, according to a new Just the News Daily Poll with Scott Rasmussen.

When asked, 45% of likely voters believed that "the Trump campaign actively colluded with Russia to steal the 2016 election from Hillary Clinton."

A slightly smaller number — 41% — believe that the Obama administration "abused its authority to spy on the Trump campaign and then promote a false narrative about collusion with Russia."

The collusion conspiracy theory, which first surfaced during the 2016 campaign, dominated the media and political landscapes during much of Trump's first term as president. A special counsel investigation under former FBI Director Robert Mueller, which for two years pursued much-hyped allegations of collusion between Trump, his campaign and the Russian government, ultimately produced no proof to substantiate the alleged plot.

Recently declassified CIA memos indicated that U.S. intelligence officials were concerned that the Clinton campaign in 2016 was behind efforts to promote the conspiracy theory in an effort to harm Trump's campaign.

The survey of 1,240 Likely Voters was conducted by Scott Rasmussen using a mixed mode approach from October 8-10, 2020. 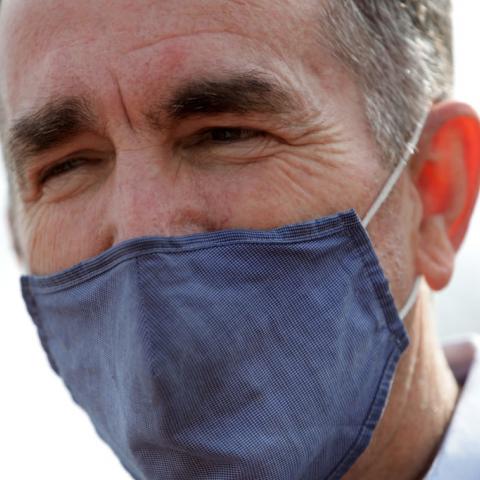