By a 4-1 ratio, respondents preferred the $2,000-per-person amount favored by President Trump over the $600 insisted on by Congress in the latest COVID-19 relief package.

Two thirds of respondents in a new poll say coronavirus stimulus checks should be raised to $2,000 or higher. 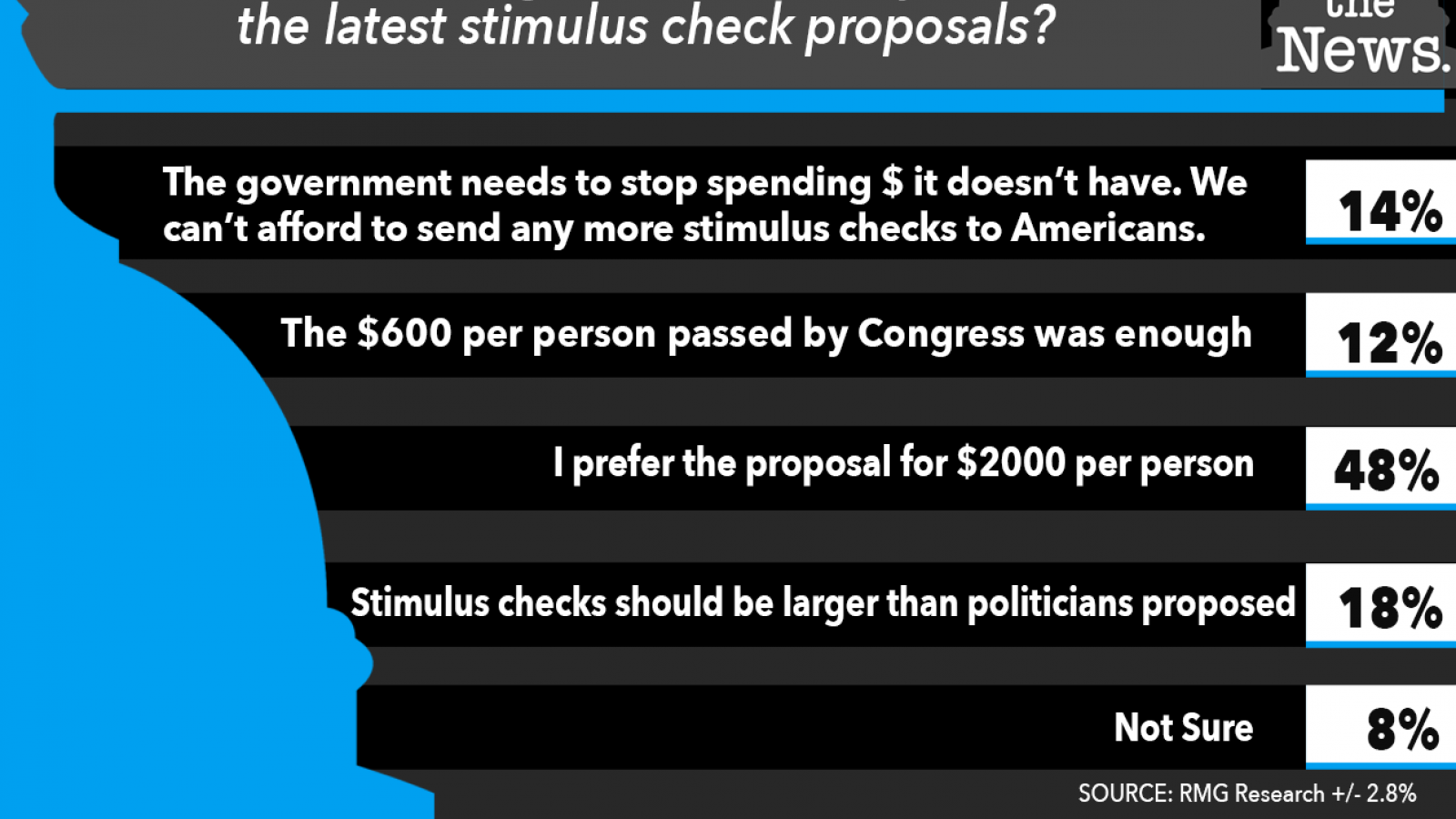 After calling on Congress to to raise the amount of direct individual payments in the coronavirus relief bill from $600 to $2,000, President Trump relented and signed a $2.3 trillion stimulus bill Sunday night that includes the smaller amount.

In a new Just the News Daily Poll with Scott Rasmussen, only 12% of respondents thought stimulus checks of $600 per person were "enough."

A near-majority of 48% preferred the Trump-backed proposal of $2,000 per person. Another 18% said the amount should be "even larger than what the politicians have proposed." The two responses combined total 66% in favor of checks of $2,000 or higher.

Meanwhile, 14% in the poll felt the government is spending money it doesn't have, saying, "We can't afford to send any more stimulus checks to Americans."

In a result unusual in an era of acute political polarization, support for the $2,000 stimulus checks was fairly evenly balanced between the two parties, with 53% of Republicans favoring that amount, compared to 47% of Democrats.