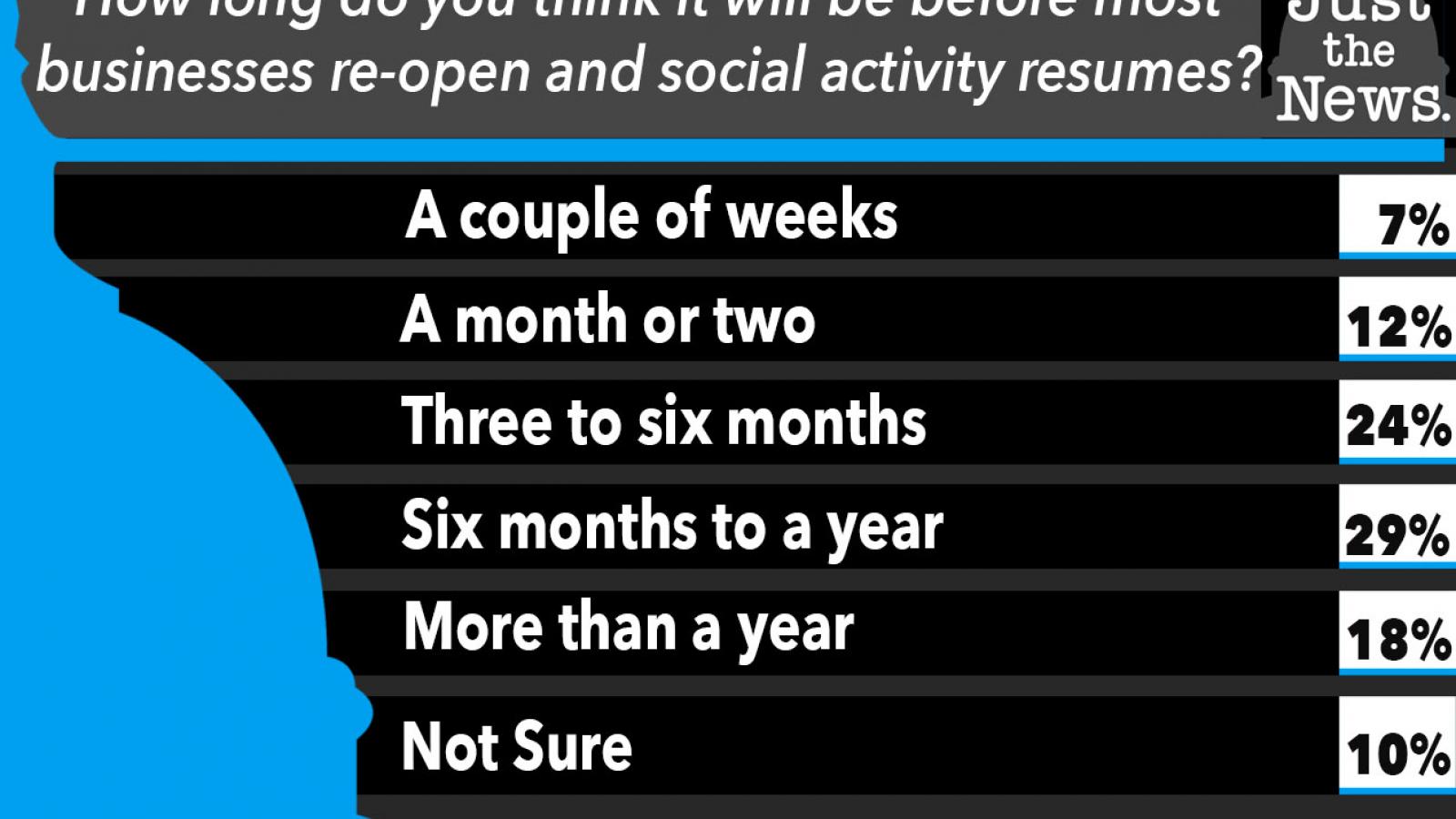 Nearly half of U.S. voters think businesses will remain closed and that life in America will not return to normal for at least six more months – even a year or more – as a result of the COVID-19 pandemic, according to a new Just the News Daily Poll with Scott Rasmussen.

Just under half of poll respondents – 47% – said it will be either "six months to a year" or "more than a year" before the U.S. economy and American social life return to what they were before the pandemic hit in mid March.

A slightly lower percentage – 43% – said life won't return to more or less to normal for at least six months. Nearly a fifth said everyday life in the U.S. will resume in a couple of months or less.

"These numbers represent a staggering change in perspective about the pandemic," Rasmussen said. "Currently, 47% of voters believe it will be at least six months before most businesses re-open and social activity resumes. That’s up from 21% in late May and 8% in late March. The March survey found that the vast majority of voters believed the lockdowns would be over by now!"

"From the other extreme," Rasmussen continued, "the number believing the lockdowns would end in a month or two fell from 58% in March to 45% in May to 19% today."

The number of Americans who say the ongoing pandemic restrictions aren't ending anytime soon dovetails with a Just the News Daily Poll last week that found that a majority of voters believe the worst of the pandemic is yet to come.

The survey of 1,200 Registered Voters was conducted by Rasmussen using a mixed-mode approach from August 20-22, 2020