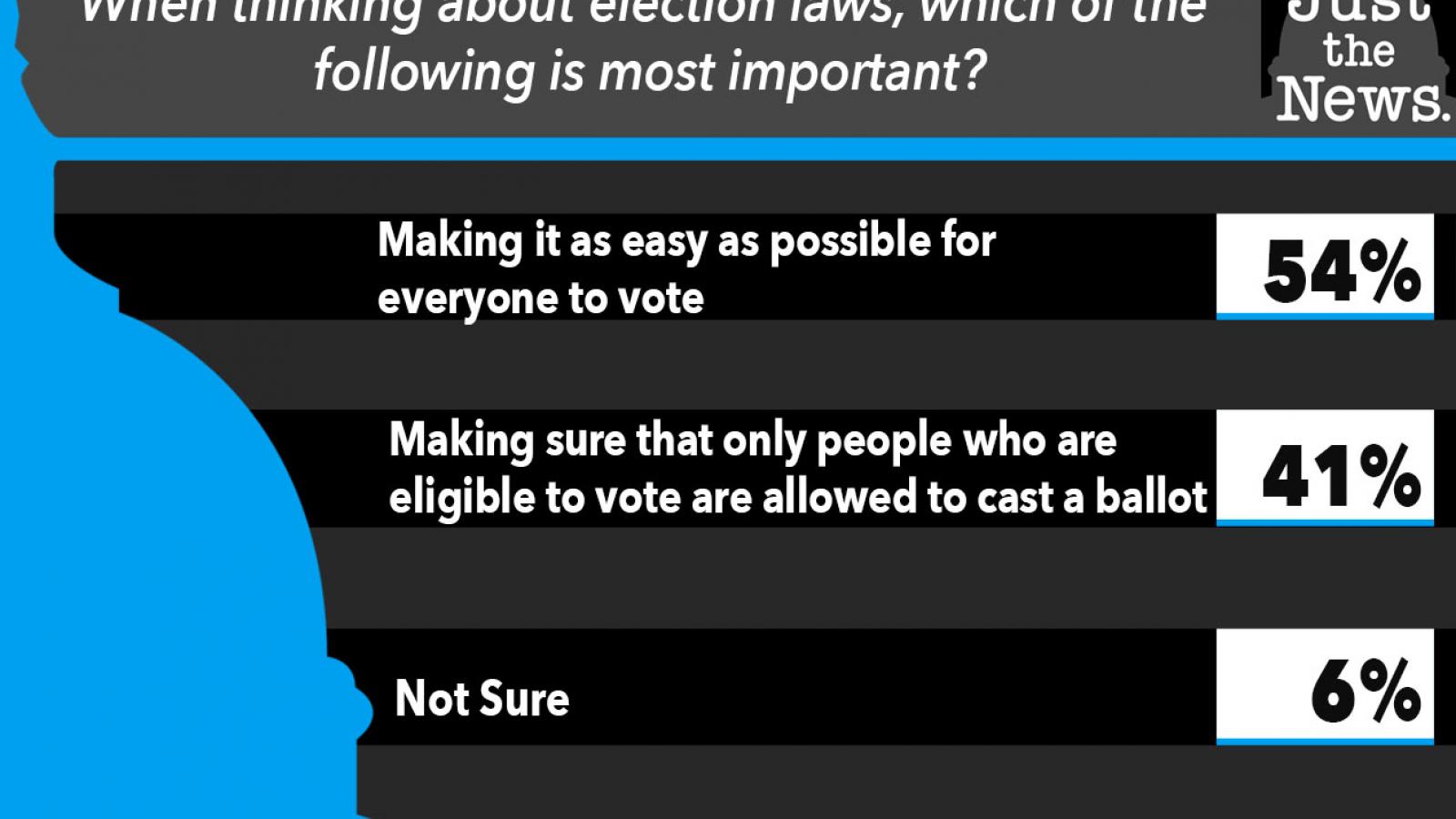 Roughly 80% of Democratic think that getting as many people as possible into the voting booth is more important than making sure each voter is eligible to cast a ballot, a new Just the News Daily Poll with Scott Rasmussen shows.

About 70% of Republican voters, meanwhile, think the opposite, believing that election authorities should work harder to verify each voter's eligibility.

Overall, a majority of Americans, 54%, think that making voting easier for everyone is more important, while 41% think that more vigorously enforcing election laws is a higher priority.

Rasmussen says that independents are more evenly divided on the question than the two major parties, with 49% in favor of easier voting access and 41% in favor of stricter voting rules.