'If these numbers do not change before election day, the president will not be re-elected,' Rasmussen said. 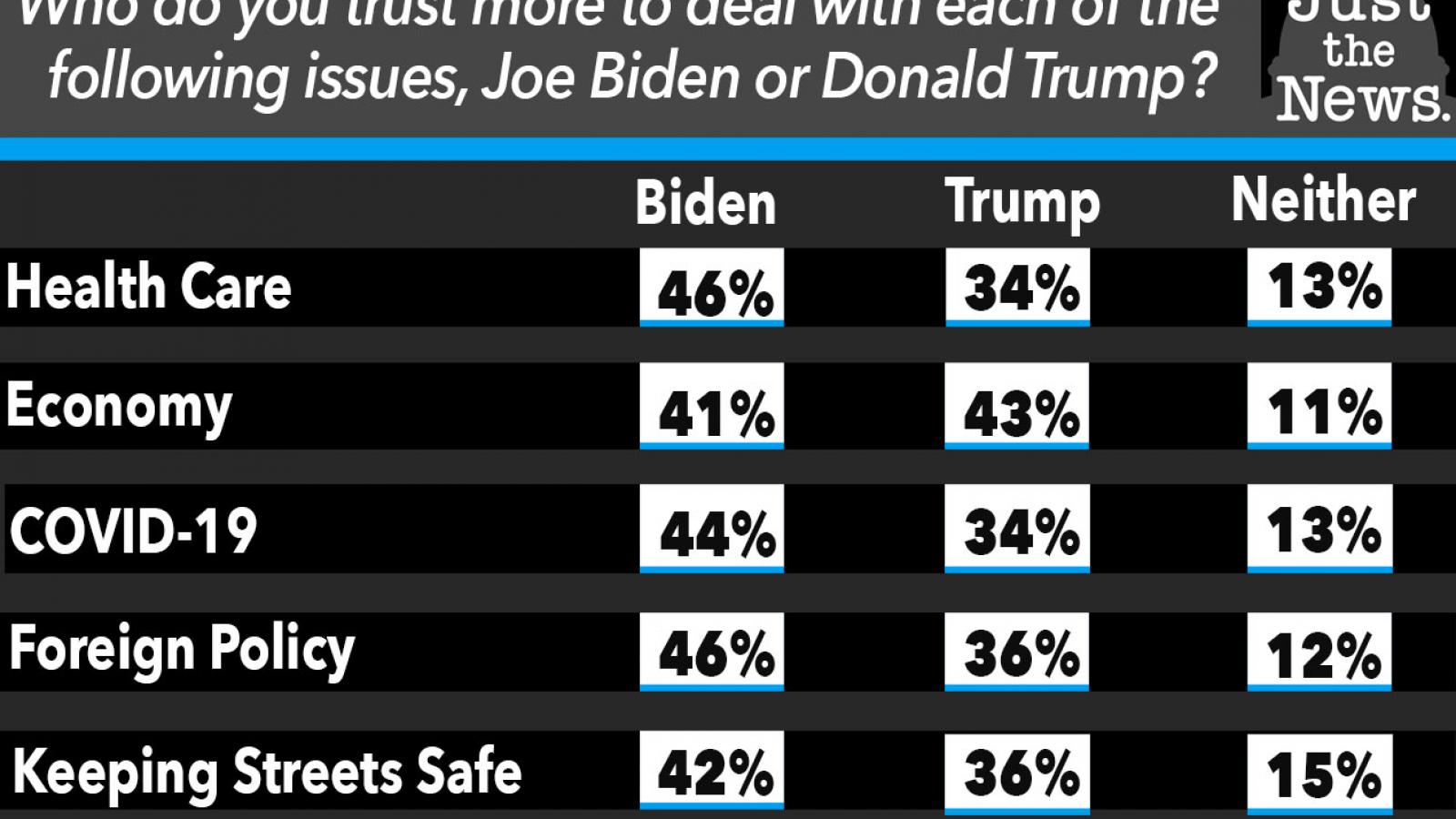 Of the five issues polled, the president has the edge only on the economy – and even on that it’s not a statistically significant advantage (43% to 41%).

However, Rasmussen points out, the survey was conducted from Thursday night through Saturday morning. As a result, most of the interviews were done before the surprisingly positive jobs report was released on Friday morning.

It is not clear what, if any, impact that will have over the coming weeks.

"The numbers are consistent with other data showing a recent slump in the president’s overall ratings," Rasmussen said. "My latest numbers show President Trump’s job approval slipping to a new low of 41%. And, Biden’s lead in national polling has bounced up into double digits."

On the question of keeping the streets safe, the issue could be interpreted differently by different segments of the population. Regardless of how they interpret the question, black voters overwhelmingly trust Biden on the issue. Hispanic voters trust Biden over Trump by a 2-to-1 margin. White voters are evenly divided.

The issue has reemerged on the campaign trail in recent weeks, following the death of George Floyd after being arrested by Minneapolis police and the subsequent calls to defund police departments, or at least divert police spending to more community-orient programs.

Just the News Daily Poll respondents were asked “Who do you trust more to deal with each of the following issues, Joe Biden or Donald Trump?” They replied as below: