'Still, there is a significant racial divide,' Rasmussen said about the polls findings

Despite ongoing racial tensions, 40% of U.S. voters expect America will be less racist 10 years from now, and just 15% disagree according to a new Just the News Daily Poll with Scott Rasmussen.

"America’s ongoing optimism shines through in these results," Rasmussen said. "Forty percent (40%) of voters expect our nation will be less racist a decade from now. Another 27% expect things to remain about the same, and just 15% believe they will get worse. These general attitudes can be found across many demographic groups."

The forward-looking results contrast with a look-back Just the News Daily Poll released Thursday that found majority of 56% of black U.S. voters say America is more racist today than 10 years ago.

"Still, there is a significant racial divide," with Friday's results, Rasmussen noted. "Twenty-nine percent (29%) of black voters believe the nation will become more racist, while just 21% expect progress to be made. Hispanic voters are more optimistic – expecting by a 35-to-19% margin a decline in racism. White voters are the most optimistic. Forty-four percent (44%) believe America will be less racist in a decade. Just 11% take the opposite view."

Rasmussen also noted a "significant gap" between the attitudes of white and black Democrats. By 49-to-8% margin, white Democrats believe there will be less racism in a decade rather than more. Black Democrats, by a 35-to-19% margin, take the opposite view. Among other Democrats, 41% are optimistic, while 14% expect and increase in racism. 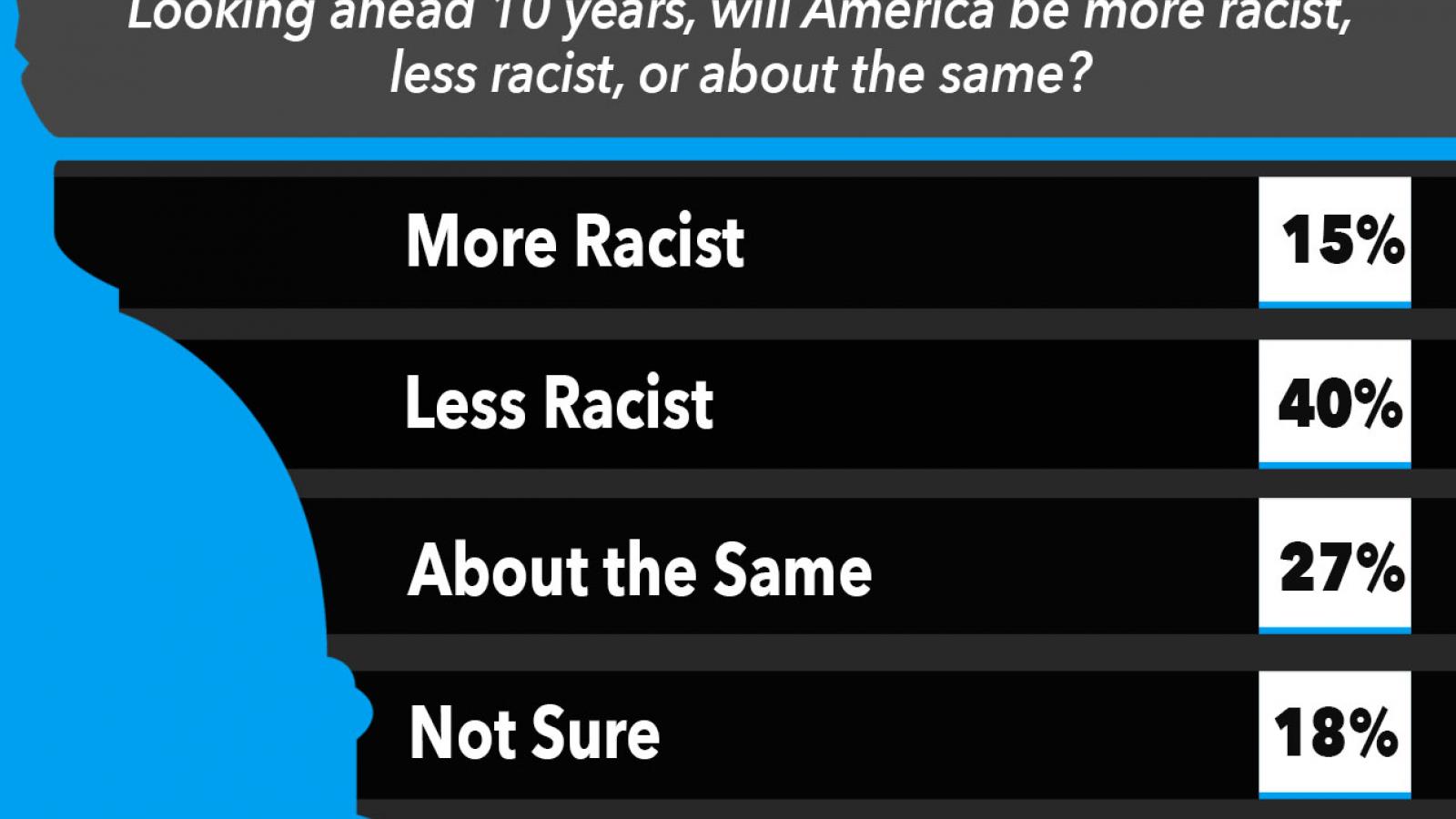 Just the News Daily Poll respondents were asked “Okay... looking ahead 10 years, will America be more racist, less racist, or about the same?" They replied as below: