The results come during a national debate about protesting tactics in the wake of the death of George Floyd.

​Most Americans say protest graffiti, monument vandalism and destroying private property are violent acts, according to a new Just the News Daily Poll with Scott Rasmussen.

The results come amid a national debate about protesting tactics, following the May 25 death of African-American male George Floyd while in the custody Minneapolis police. Some observers have argued that property destruction does not amount to violence because it does not result in bodily harm. 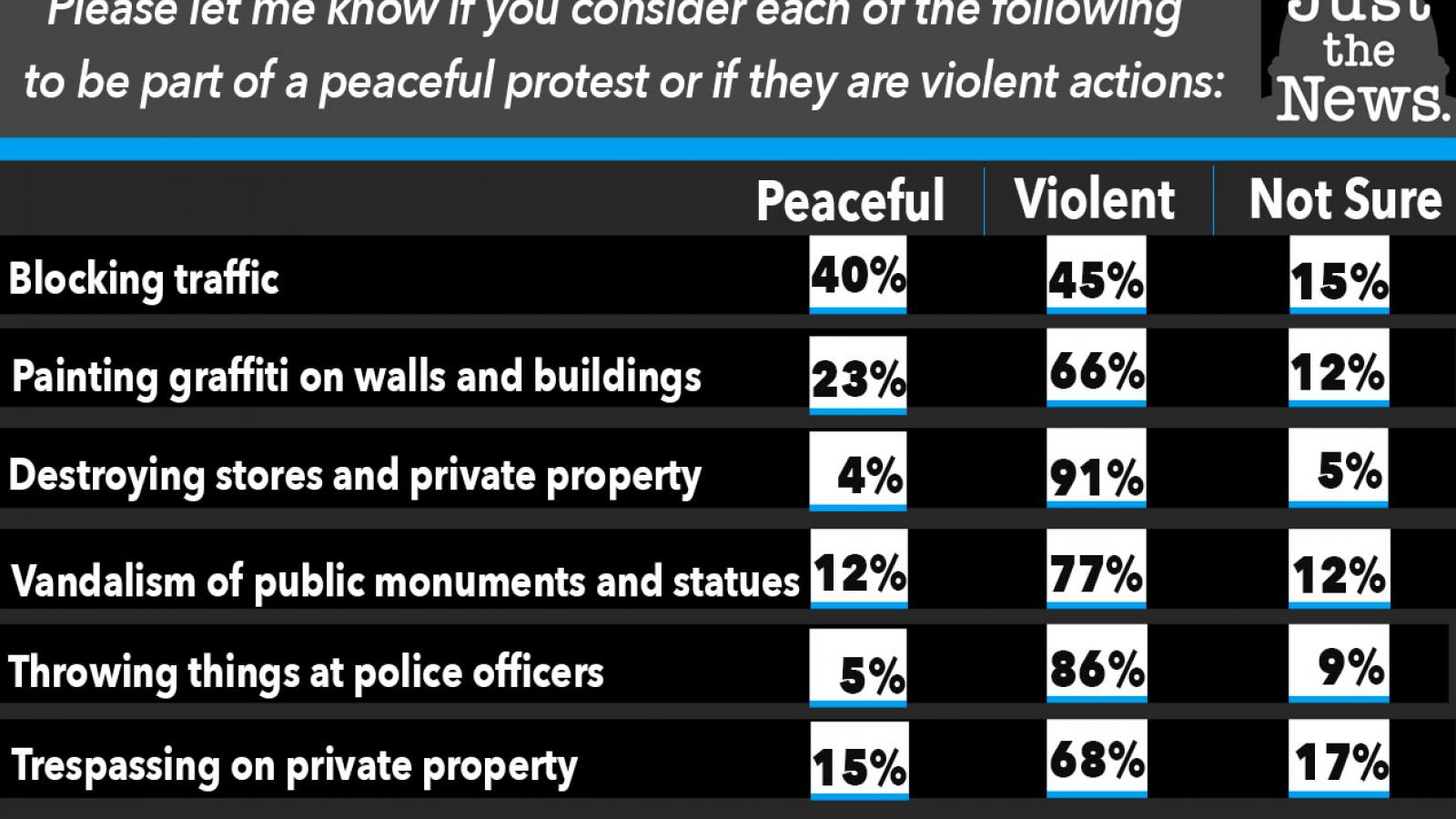 A narrow plurality of voters believes that blocking traffic is a violent action, not a peaceful protest. Solid majorities believe all the other actions cited in the poll are violent.

"Some conservatives will see in these numbers proof that Americans view the protests themselves as violent rather than peaceful," Rasmussen said, "and further, that the media is misleading people by claiming they are not.

"However, other polling I’ve conducted shows that voters are split right down the middle on whether the protests are peaceful (45%) or plagued by violence (46%). To some, that may seem like a contradiction. Solid majorities of voters say things like graffiti and destroying private property are violent actions and those actions are featured in most of the protests in the news. The difference may be in the perception of how big a role those violent actions played overall. For some, they are the primary feature of the protests. For others, they are the actions of a few troublemakers."

Just the News Daily Poll respondents were asked “Please let me know if you consider each of the following to be part of a peaceful protest or if they are violent actions." They responded as below: