A solid majority of U.S. voters believe big tech companies are censored political views their leaders "don't like," according to a new Just the News Daily Poll with Scott Rasmussen.

Fifty-six percent of respondents agreed with the poll statement: "Big tech companies [have] censored the distribution of political views they don’t like." Just 19% said no, while the remaining 24% was uncertain. 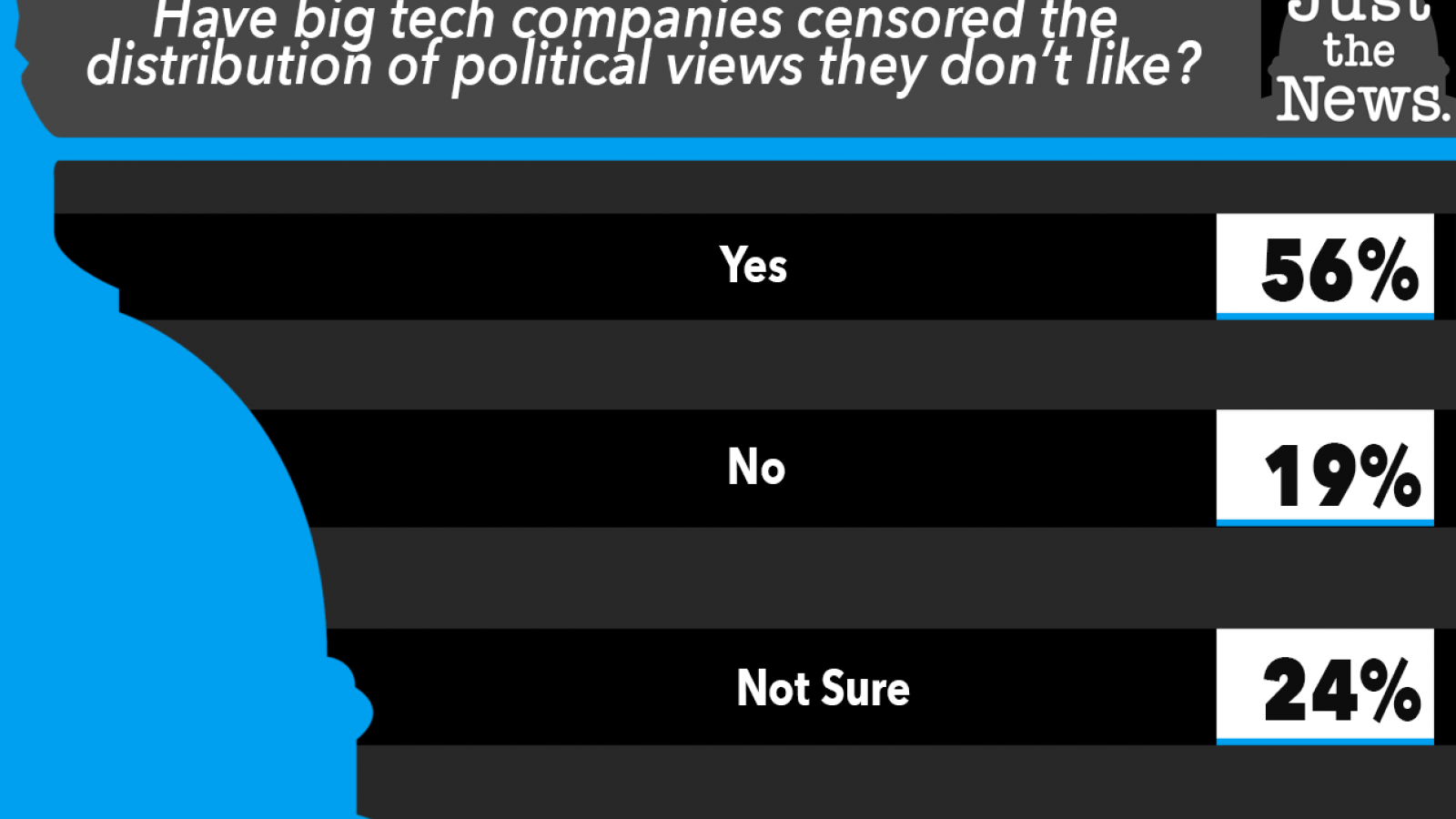 The breakdown by political affiliation was notable, particularly among Democrats, on the question of whether tech companies censor political content in line with their leaders.

Thirty-eight percent of Democrat respondents said "yes," while 30% said "no," and 32% said they were uncertain. That compares to 78% of Republicans saying tech companies have engaged in such censorship.

The majority response comes after a chaotic start to the year in which multiple, major social media platforms – including Facebook, Twitter and YouTube – banned conservative figures including then-President Donald Trump.

The survey of 1,200 Registered Voters was conducted by Rasmussen using a mixed mode approach from February 25-27, 2021.