Many public officials claimed lockdowns were necessary in part to stave off economic disaster. 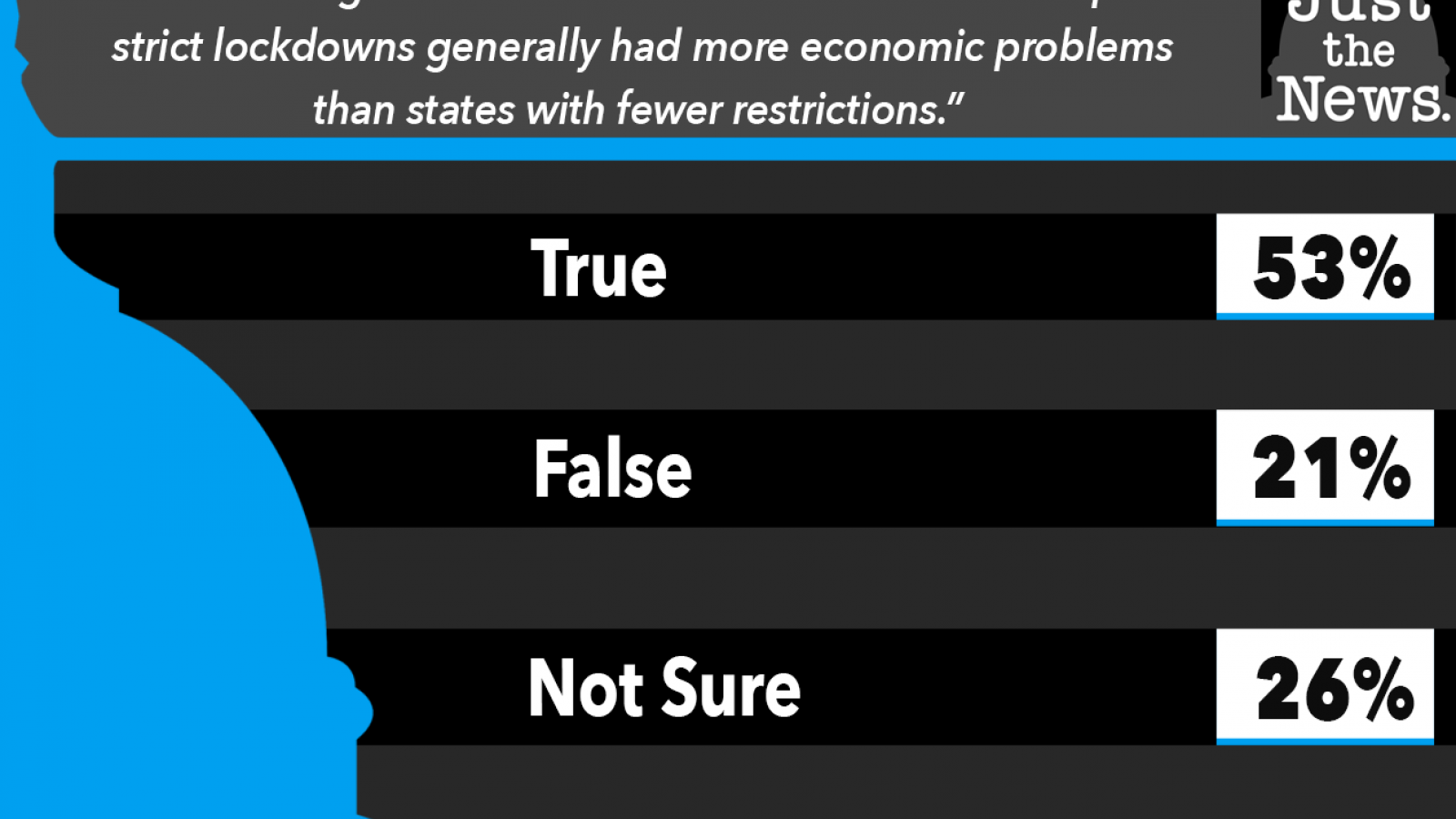 A majority of U.S. voters that states that locked down hard during the COVID-19 pandemic have fared worse economically than those that stayed more open, according to a new Just the News Daily Poll with Scott Rasmussen.

Fifty-three percent of respondents agree with the poll statement that "states that imposed strict lockdowns" in general have "more economic problems than states with fewer restrictions." Just 21% disagreed, while 26% was uncertain.

Whether states should have – or continue to – put strict coronavirus health-safety restrictions on restaurants, shopping, sporting events and other parts of their state economies has been among the most hotly debated topics in the U.S. political over the past year.

Though many pundits and policy analysts have been arguing for roughly the past 12 months that the U.S. economy should be fully reopen, others have claimed that fear of COVID-19 means consumers and businesses are less likely to participate in a fully open economy even if all restrictions are lifted.

On the other hand, federal data indicate that at the end of last year states with fewer restrictions, such as Florida and North Dakota, were doing far better than states that had pursued aggressive shutdown policies for most of the year, such as California and New York.