Poll: Over a third of voters know someone who supports Trump but won't say so in public

Some research has indicated that 'stealth Trump voters' may give a surprise advantage to the president. 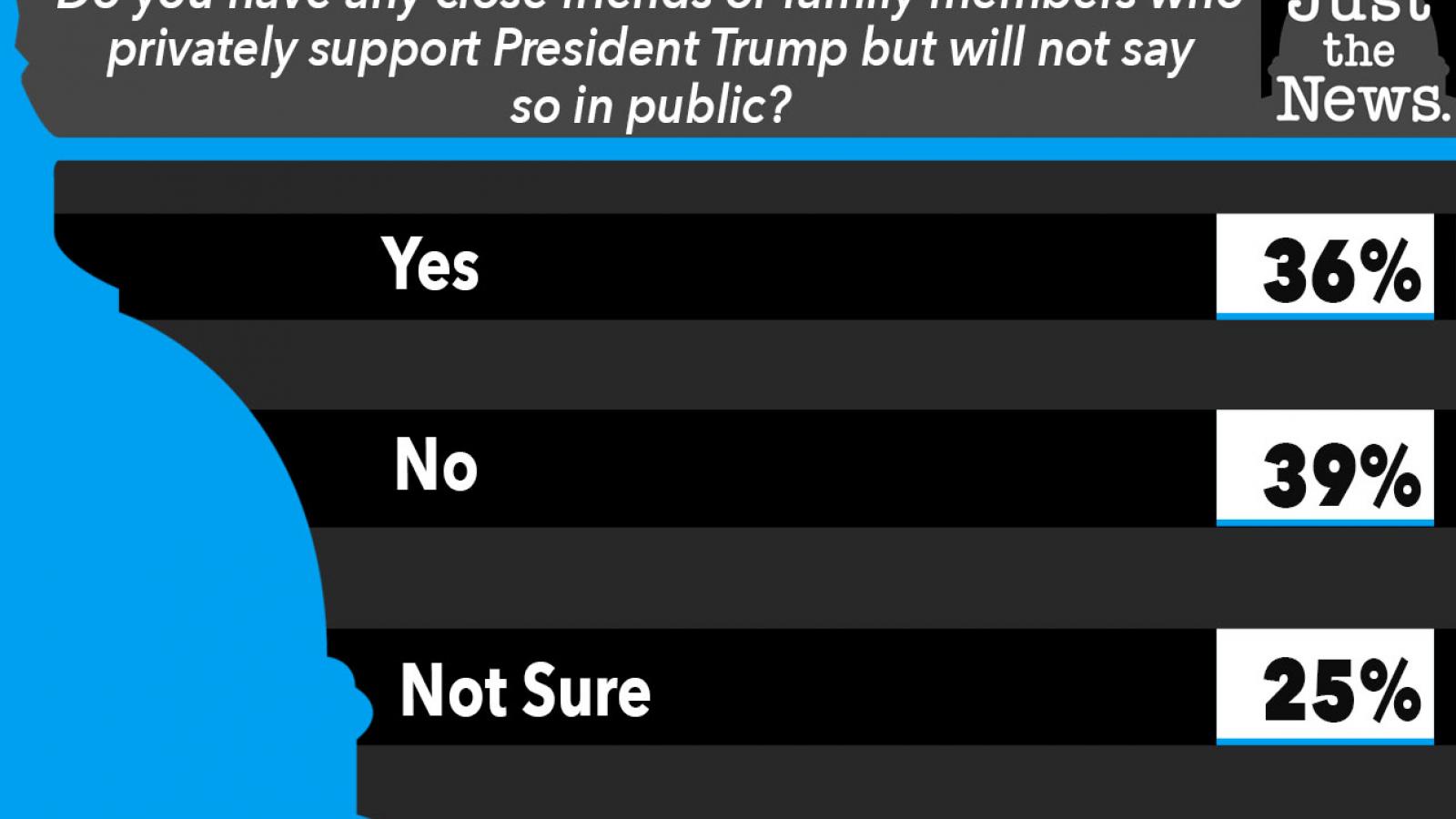 Over a third of all registered voters in America know a friend or family member who privately supports President Donald Trump but who is reluctant to say so in public, according to a new Just the News Daily Poll with Scott Rasmussen.

A total of 36% of respondents said an acquaintance of theirs has kept quiet about his or her support for the president. An additional 25% were 'not sure' if they knew someone in that category. And 39%, meanwhile, said they had no friends or family who secretly support Trump.

"These results are consistent with many reports saying a number of people are reluctant to publicly display support for the president," Scott Rasmussen said.

While this public reticence could be reflected in a slight underrepresentation of Trump support captured by certain opinion polling techniques, Rasmussen believes any effect of "shy" or "stealth" Trump voters on polling results is ultimately negligible.

"It is, of course, possible that there may be a 'shy voter' effect," Rasmussen acknowledges. "That's part of a phenomenon seen in polling at least as far back as Jesse Helms and David Duke. It appears to be more pronounced on operator-assisted surveys where a respondent must state their preference publicly to another human. It appears to be less of a factor online."

"However, it is important to keep this in perspective," the pollster stresses. "If there are shy Trump voters, they might move the numbers a point or two. But there are not enough such voters to overcome a large deficit. In fact, the impact is almost certainly smaller than the margin of error. If the president is down by 8 in the polls on election day, there are not enough shy voters to overcome it. He will lose."