Only "very liberal" voters support any proposal to end the American tradition, the poll of registered U.S. voters found. 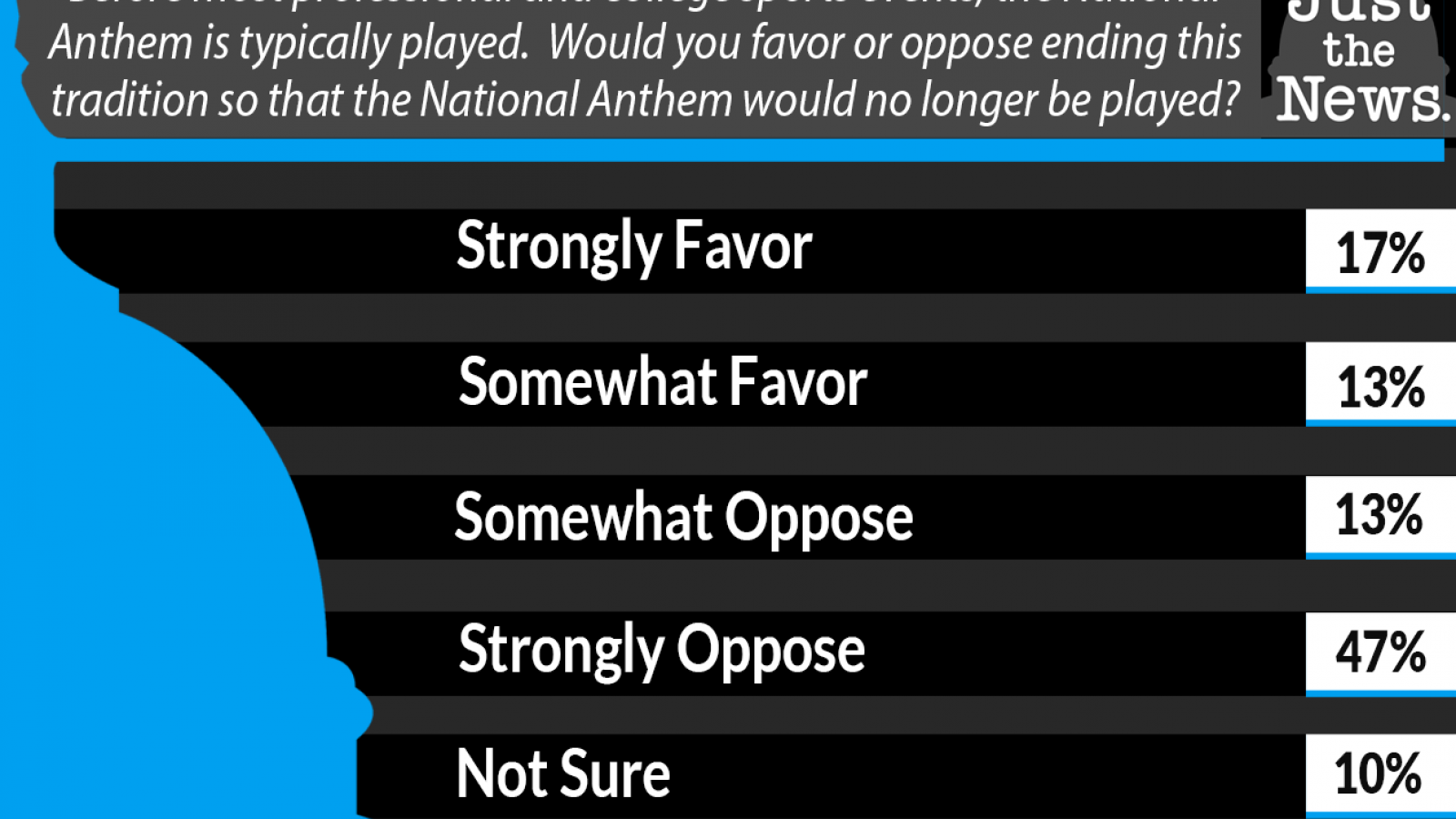 A solid majority of U.S. voters oppose any effort to stop the playing of the national anthem before the start of U.S. sporting events, according to a new Just the News Daily Poll with Scott Rasmussen.

Sixty-percent of respondents opposed such an idea, with 47% of those respondents "strongly" opposing it. Just 30% of voters favor ending the practice.  The remaining 10% was unsure.

Calls to end the playing of the anthem have persisted for several years, in an effort to call attention to such social ills as racism and police brutality. Some National Football League players have chosen to kneel – or even stay in their locker room – during the anthem.

Rasmussen pointed out that the poll's cross-demographic tabulations show that "among the biggest sports fans – those who watch most days – 49% favor ending the tradition. And just 46% are opposed."