President Trump's job approval is at 42%, down three points since May, JustTheNews.com poll 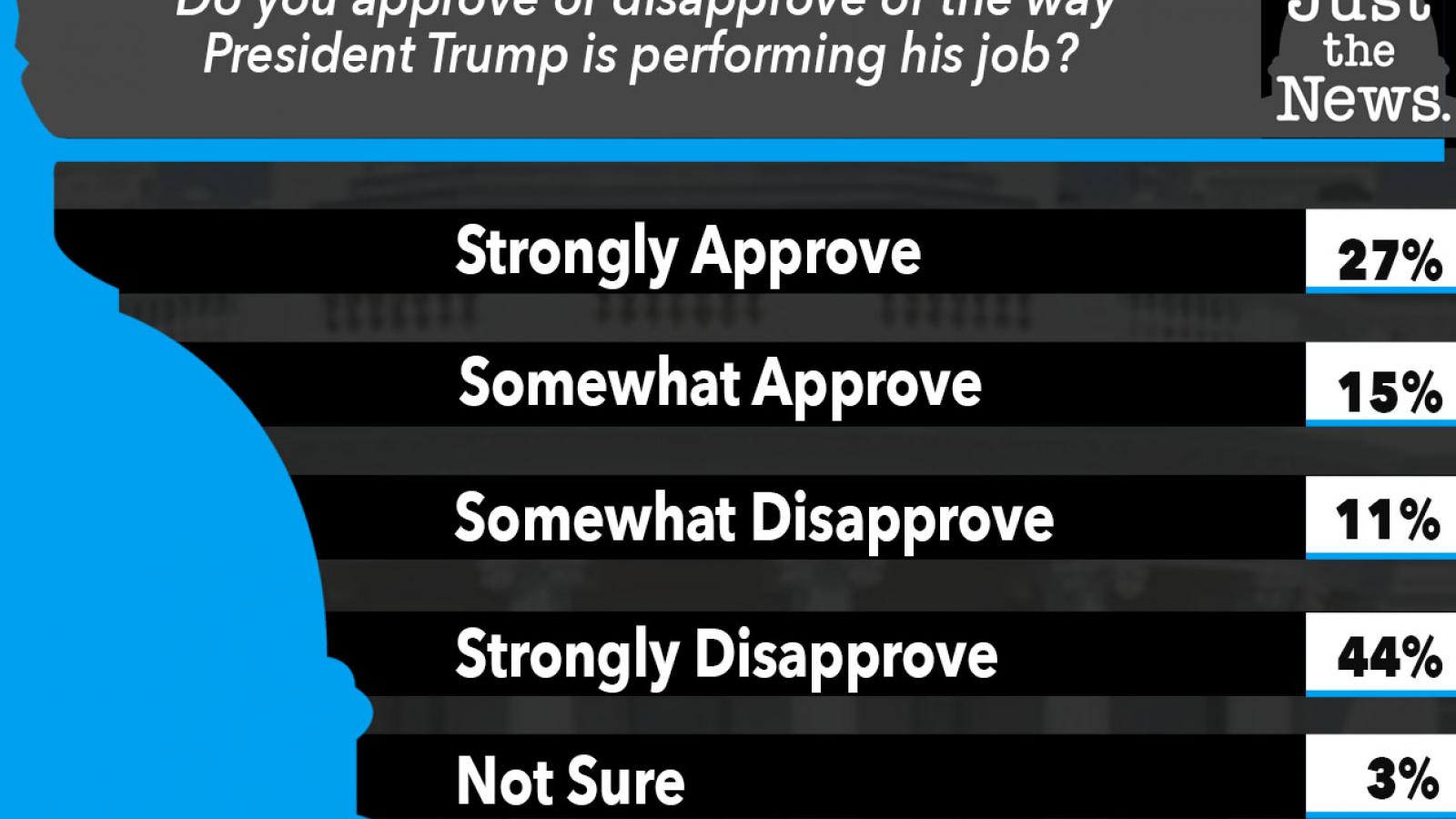 President Trump's Job Approval is at 42%, down 3 percentage points since the last JustTheNews.com poll on the topic, according to Just the News Daily Poll with Scott Rasmussen.

Just the News found Trump's approval rating held steady over the month of May.

"Other polling I’ve conducted shows that the president’s numbers dropped a few weeks ago and have remained generally steady since then," Rasmussen said.

Eighty-three percent (83%) of Republicans approve, while 90% of Democrats disapprove. Thirty-eight percent (38%) of Independents approve while 55% disapprove.

The president earns approval from 49% of white voters, 26% of Hispanic voters, and just 13% of Black voters.

Fifty percent (50%) of self-employed workers approve of the president’s performance. So do 43% of other private sector workers, along with just 35% of government employees.

Just the News Daily Poll respondents were asked “Do you approve or disapprove of the way President Trump is performing his job?" They responded as below: 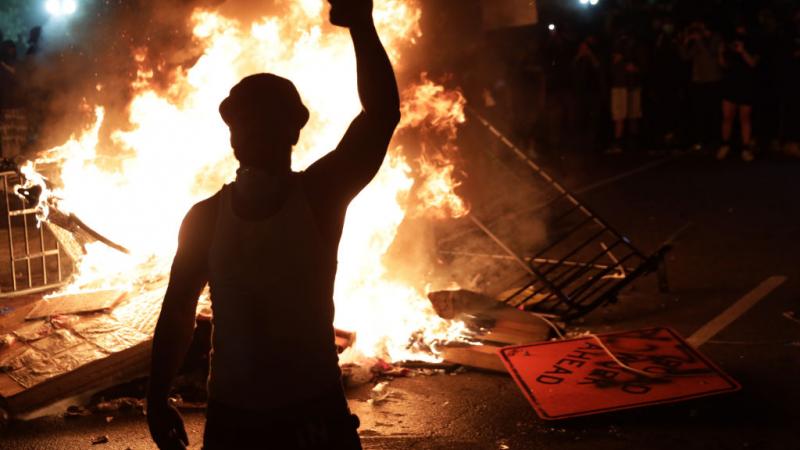