Trump gained a point among likely voters relative to last week to arrive at 44%, leaving a gap of seven percentage points behind Behind’s 51%. 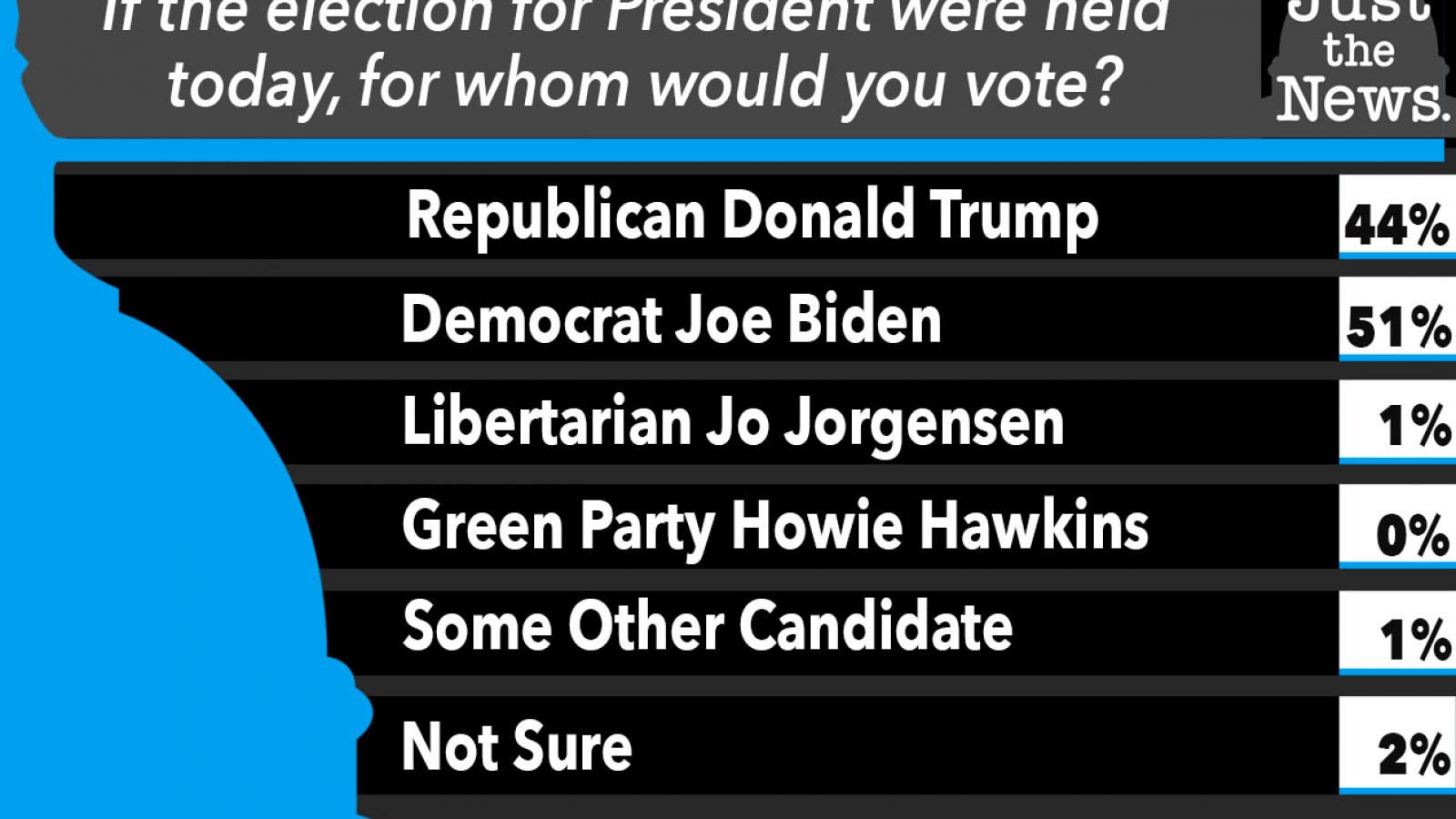 Rasmussen says the polling suggests Biden’s lead in the polls still indicates he will on Nov. 3 but that “the range of potential outcomes has shifted a bit.”

“With the best GOP turnout model, the president is back to within four points," he said. "That's still too much of a margin to make up in the Electoral College, but it's close enough that a slight shift in the race could lead to another last-minute comeback.”