Voters remain unchanged from a week ago following explosive allegations about Biden family.

As with last week, 51% of likely voters said they'd vote for Biden, versus 43% for Trump. A small percentage of remaining voters opted for third-party candidates or were still undecided. 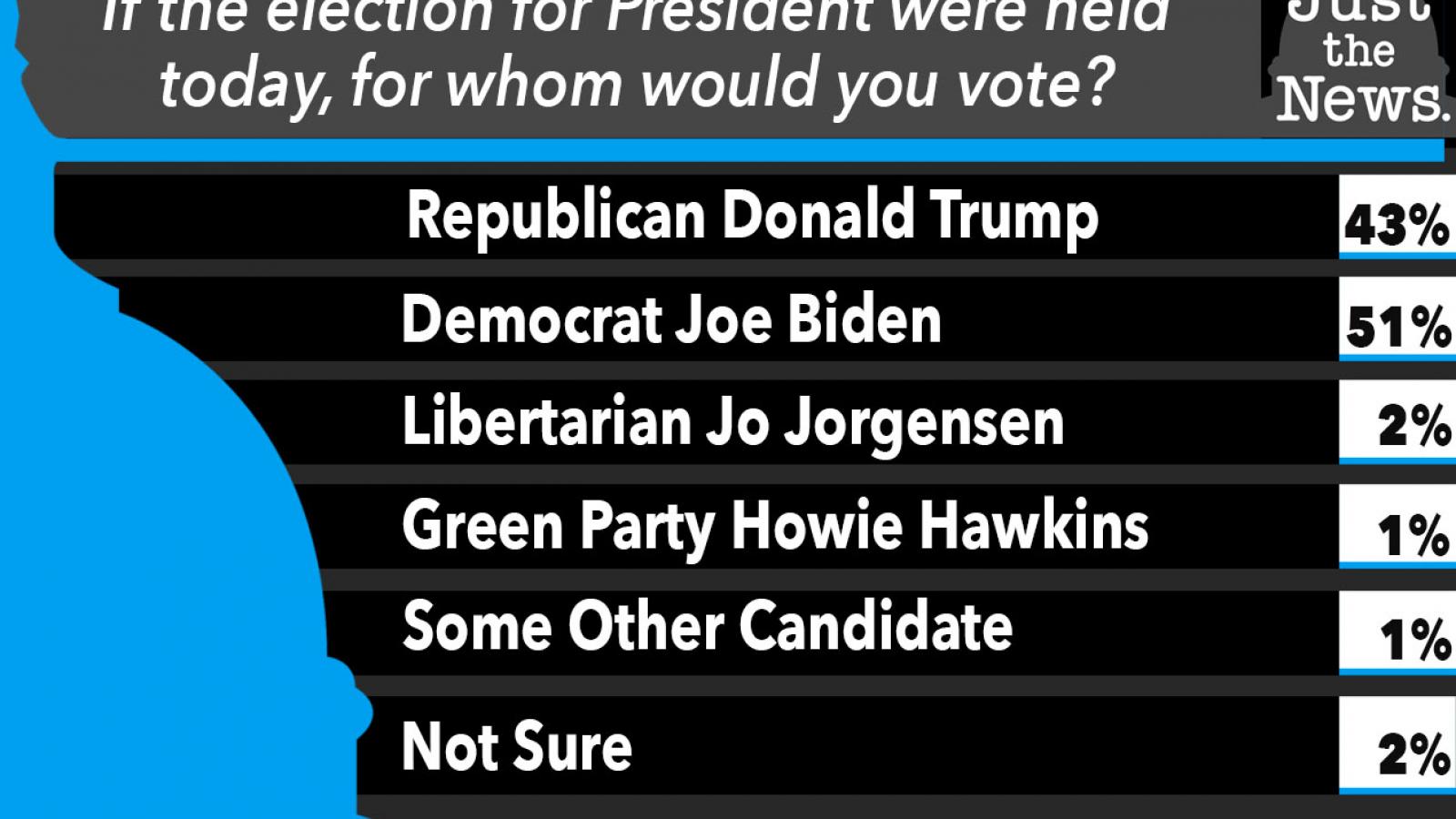 The unchanged polls come after a week of explosive allegations regarding the Biden family, with newly publicized emails appearing to show that Biden's son Hunter Biden may have been introducing foreign nationals to his father, who was vice president at the time, as part of various business schemes.

"This shows a race that is Biden's to lose, but it's close enough he could still lose it," Rasmussen said.

"To win, the president would have to improve his position just a bit and then win some close races in key states like Pennsylvania," he continued. "Thursday night's debate may be the best opportunity for the president to shake up the race. And his best hope of doing so is to talk less so that Biden can talk more."