Poll: 28% of Democrats believe Biden will be replaced as party’s nominee

35% of voters overall believe that Biden will not ultimately be the Democratic presidential nominee. 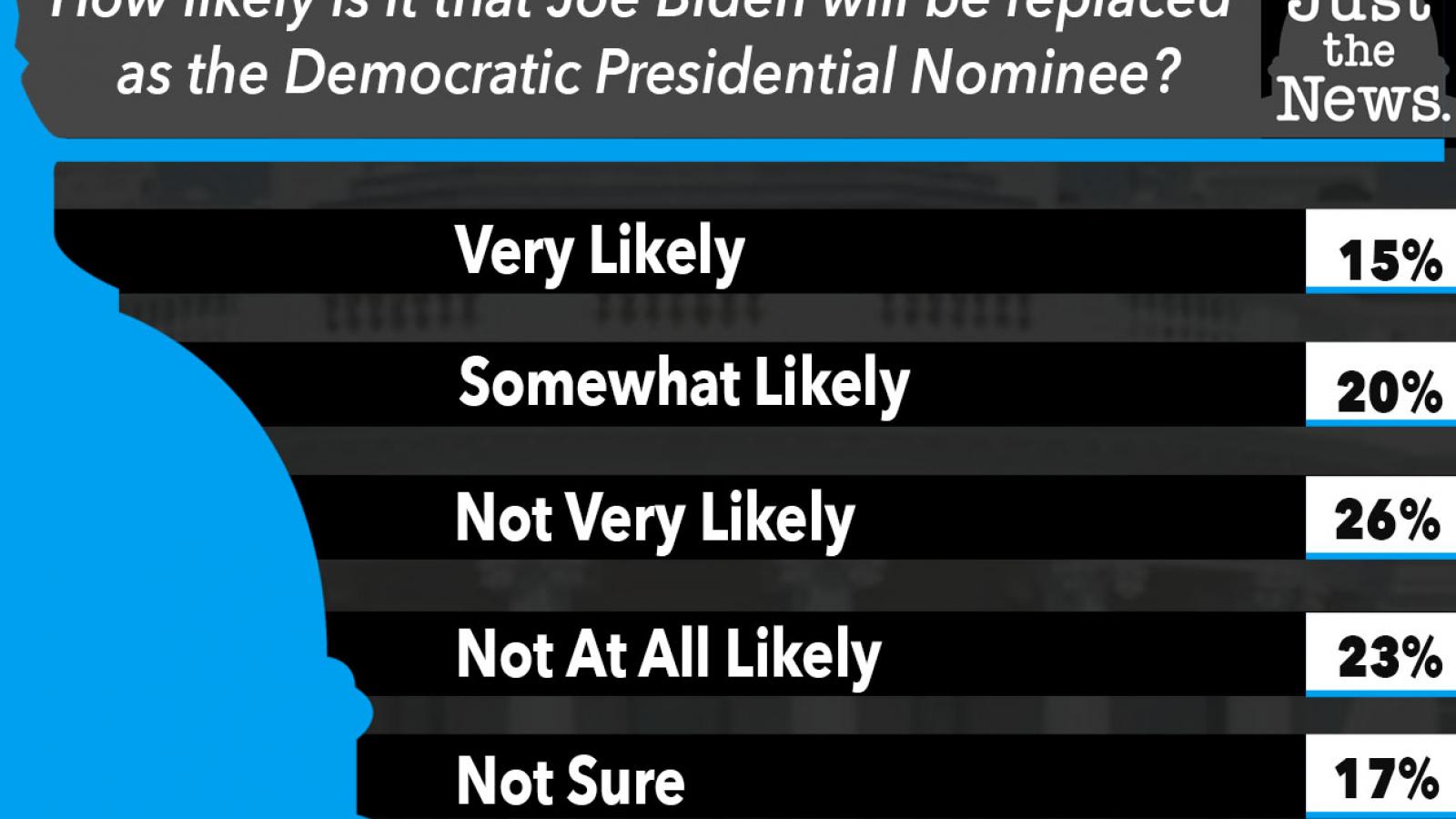 A stunning 28% of Democratic voters say Joe Biden will be replaced as ultimate party presidential nominee, according to a new Just the News Daily Poll with Scott Rasmussen.

Biden is the presumed nominee following a string of primary victories that led to chief rival Sen. Bernie Sanders dropping out and endorsing Biden – who also has the backing of party leaders Barack Obama, Hillary Clinton and others.

Trepidations about Biden include whether enough of the party's progressive wing will turn out for the so-called "Democratic Establishment" candidate, if he's physically and mentally up for going one-on-one with President Trump, a sexual assault allegation and a less-than-energized campaign, in part because of the coronavirus.

"There remains an undercurrent of doubt as to whether or not Joe Biden will ultimately be the Democratic presidential nominee," In fact, just 49% of voters believe he is unlikely to be replaced. Another 35% think he’s at least somewhat likely to be replaced while 17% are not sure.

Rasmussen noted that Republicans and Independent voters are fairly evenly divided on the question. However, Democrats express a bit more confidence in the former vice president’s prospects. Sixty percent (60%) think their party’s presumptive nominee is unlikely to be replaced. Still, 14% think it’s Very Likely someone else will end up atop the ticket and another 14% think that’s Somewhat Likely.

"In most national polling, Biden currently holds a modest lead over President Trump among Registered Voters," Rasmussen said. "However, some polls have found that Biden’s support is less enthusiastic than Trump’s. Additionally, an earlier Just The News poll found that voters tended to believe that Governors like Andrew Cuomo and Gavin Newsom have provided better leadership in terms of dealing with the coronavirus pandemic."

Just the News Daily Poll respondents were asked "How likely is it that Joe Biden will be replaced as the Democratic Presidential Nominee?" They replied as below: