In contrast, 67% of Republican respondents believe Obama administration spied on Trump during 2016 election 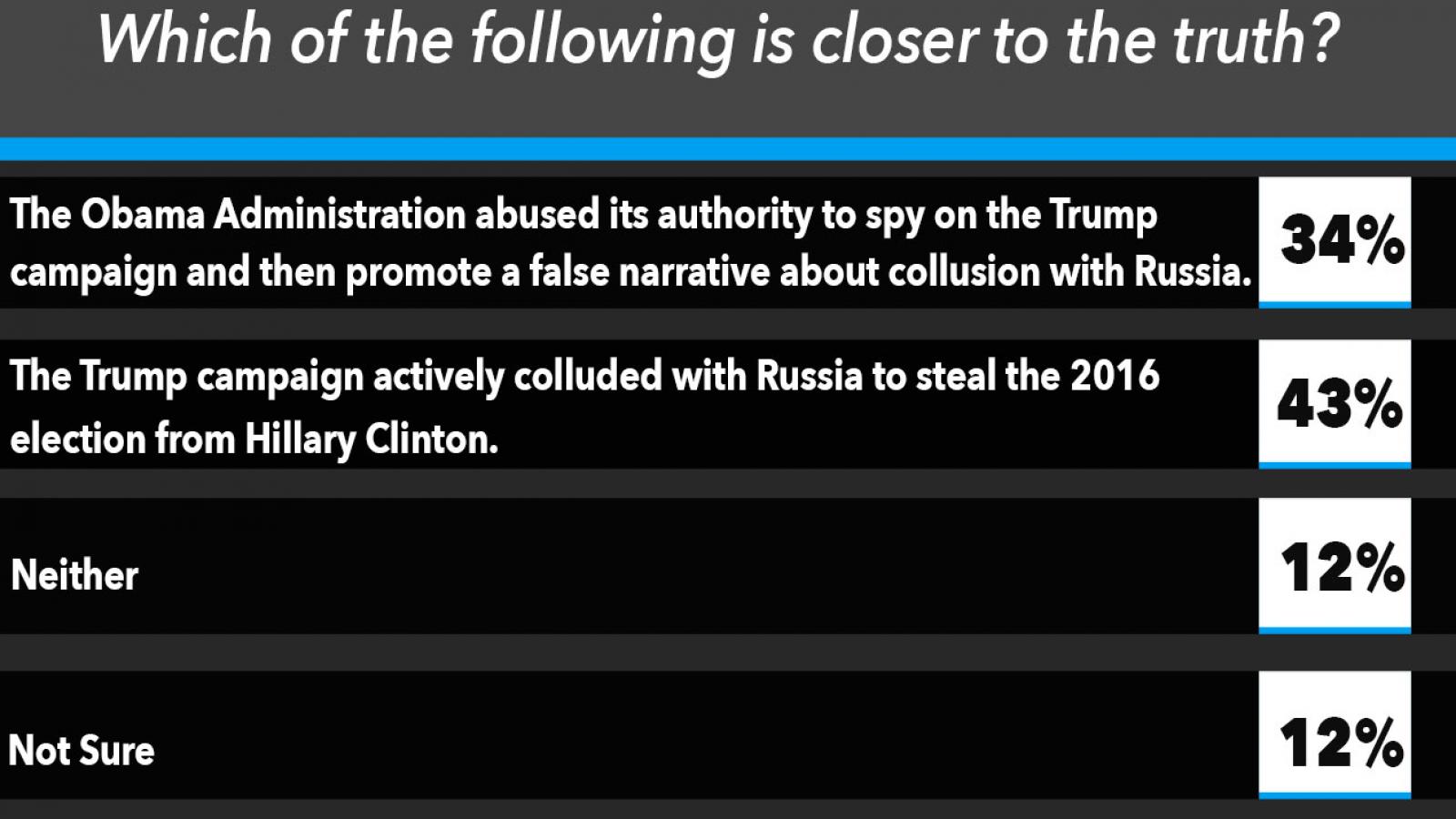 Three-quarters of Democratic voters believe that the Trump campaign conspired with Russia to steal the 2016 election, according to a new Just the News Daily Poll with Scott Rasmussen.

Asked whether it was more likely that Trump colluded with Russia in 2016 or that the Obama administration spied on the Trump campaign that year, 73% of Democrats said the Russia collusion theory was more likely to have occurred.

In contrast, 67% of Republicans expressed more belief in the claim that the Obama administration spied on Trump during that election.

Overall, 43% of voters put more stock in the Russia story.

The Russia collusion theory dominated headlines and politics for roughly the first three years of the Trump administration. A 22-month, special counsel probe led by former FBI Director Robert Mueller concluded without finding evidence that the Trump campaign colluded with the Russian government to steal the 2016 election.

The survey of 1,200 Registered Voters was conducted by Rasmussen using a mixed-mode approach from August 20-22.