Face-to-face debates were in doubt earlier in the year.

A strong majority of likely U.S. voters say in-person, face-to-face presidential debates between President Trump and Democratic rival Joe Biden are important in terms of their expected vote, according to a new Just the News Daily Poll with Scott Rasmussen.

Among the likely voters surveyed, 75% said the debates were important. Just 24% said they were not, while 1% were unsure.

Notably, Republicans were significantly more likely than Democrats (69% - 42%) to say the debates were "very important." Independents were closer to Democrats on the question, with 46% attaching major importance to the debates. 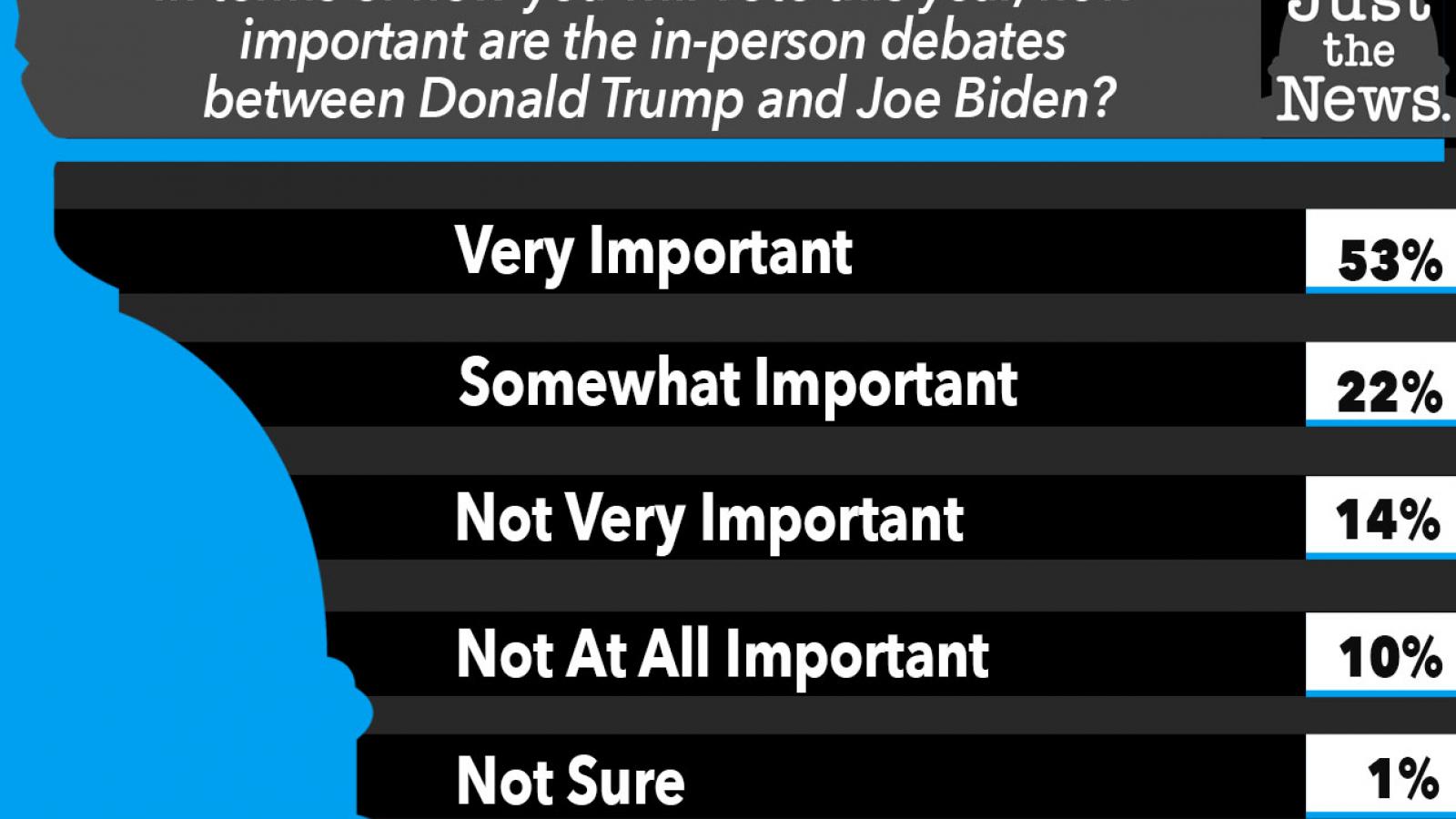 Rasmussen pointed out that, historically speaking, debates "are built up as a significant event, like a prize fight."

"Political junkies and pundits thoroughly enjoy them," he said, but overall the debates "rarely move the needle in terms of voting intentions."

"It is possible that this year could be different because voters have seen so little of Joe Biden," he also said.

Holding the 2020 presidential debates on a live stage was somewhat in doubt earlier in the year, with speculation that the coronavirus pandemic might lead to the event being held virtually. Over the summer, there were also indications that Democrats might be shying away from letting Biden participate, with Nancy Pelosi in August suggesting that no debates should be held at all.

Trump is 74 years old, and Biden is 77, putting each in a high-risk category after contract the potentially deadly virus.