Biden clings to fragile 4-point lead in poll, amid evidence of Trump momentum

Those numbers are consistent with other recent results showing a tightening race, including a Yahoo News/YouGov poll from Saturday that showed Biden's lead over Trump shrinking by 30% compared to before the two parties' conventions last month.

Less than 10% of voters in the latest Just the News poll planned to vote for third-party candidates or were unsure of whom their eventual choice would be. 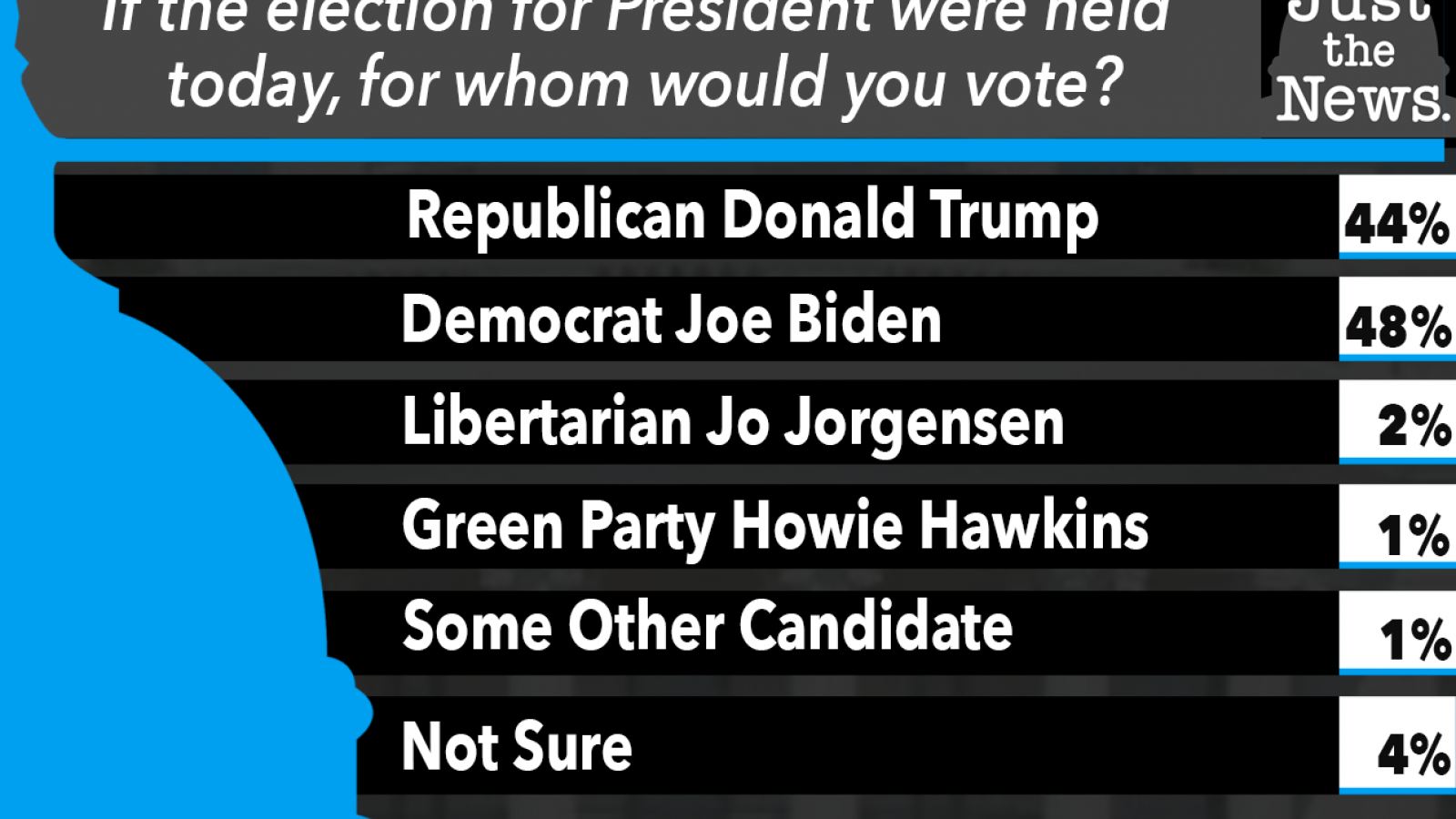 When a looser Likely Voter screen was used, however, Biden led by 8 points (50%-42%) in the Just the News poll.

"These results highlight the importance of voter turnout," observed Scott Rasmussen. "Right now, it appears that the Trump campaign has a modest turnout advantage. It's impossible to know whether that's from the convention or from events like those in Kenosha and Portland."

"Regardless of the cause," the pollster added, "the race appears a bit tighter today than it did a couple weeks ago."

The survey of 915 Likely Voters was conducted by Scott Rasmussen using a mixed mode approach from August 27-29, 2020