Regardless of who they want to win, 42% of voters believe Trump will, while 42% think Biden will be elected 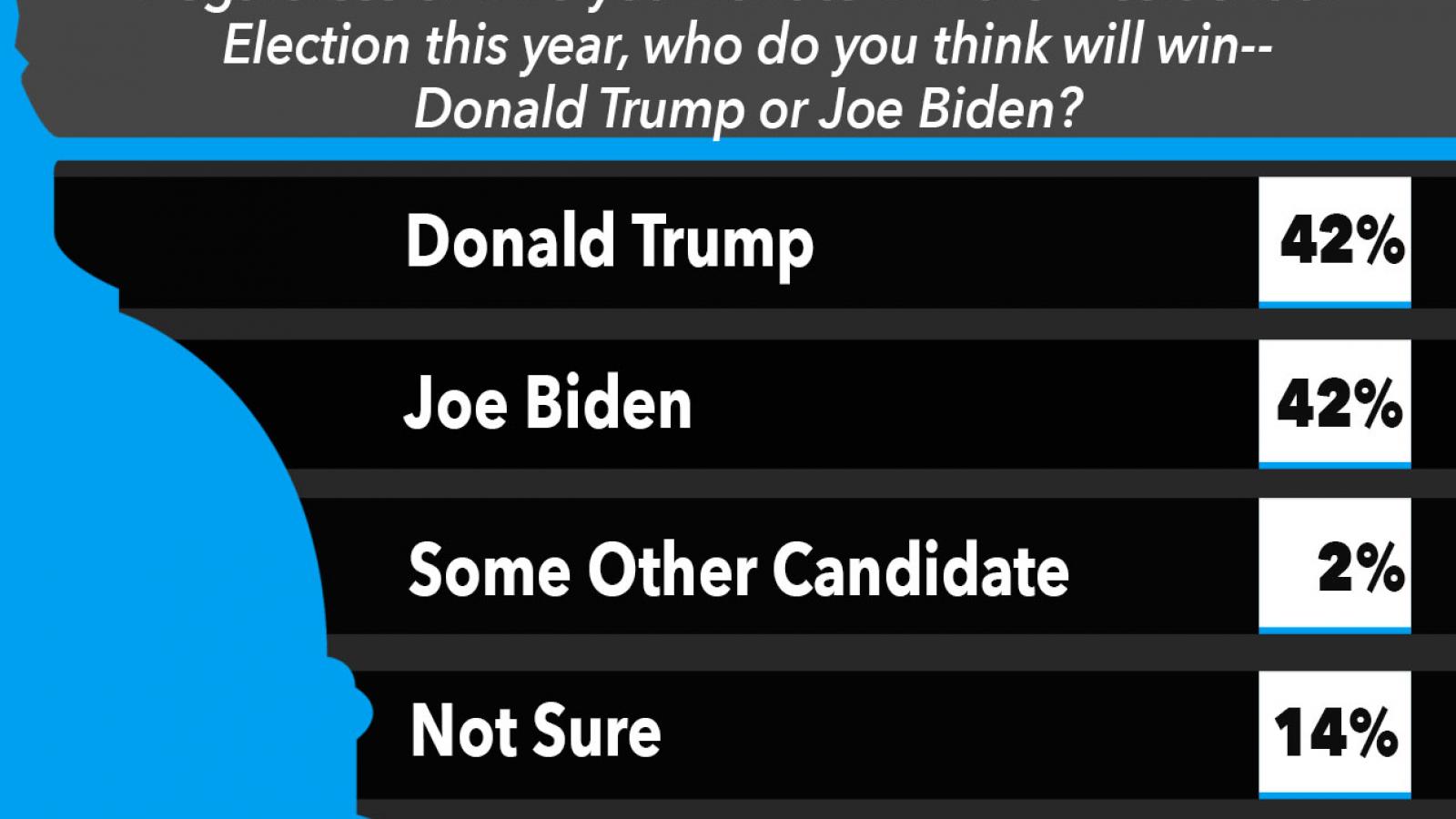 U.S. voters say they prefer Joe Biden over President Trump to win the presidential election, but they are in a dead heat when asked who will actually win, according to a new Just the News Daily Poll with Scott Rasmussen.

"The president is trailing in just about all the latest polls, but voters are evenly divided as to whether he or Biden will win in November," Rasmussen said. "Regardless of who they want to win, 42% of voters believe Trump will win while 42% think Biden will be elected. Two percent (2%) believe someone else will emerge victorious while 14% are not sure."

Trump voters are more confident than Biden’s, Rasmussen notes, with 91% of Trump voters thinking he will win. Among Biden supporters, that figure is 81%.

"Some of this confidence is almost certainly driven by the mistaken belief that the polls were wrong in 2016," Rasmussen said. "Many Trump supporters consider any polls showing the president behind are 'Fake News.' In reality, the polls were pretty good in 2016, but the analysis was horrible. The overconfidence of the president’s supporters could become a significant problem for his campaign."

Rasmussen said other voters may recognize that the president is behind at the moment but expect him to come back. With four months to go, a comeback is indeed possible.

"That’s especially true if the economy comes back strong and the coronavirus doesn’t," Rasmussen said. "Another possibility is that the numbers will begin to shift when Joe Biden becomes more visible."

Just the News Daily Poll respondents were asked “Regardless of who you want to win the Presidential Election this year, who do you think will win--Donald Trump or Joe Biden?" They responded as below: