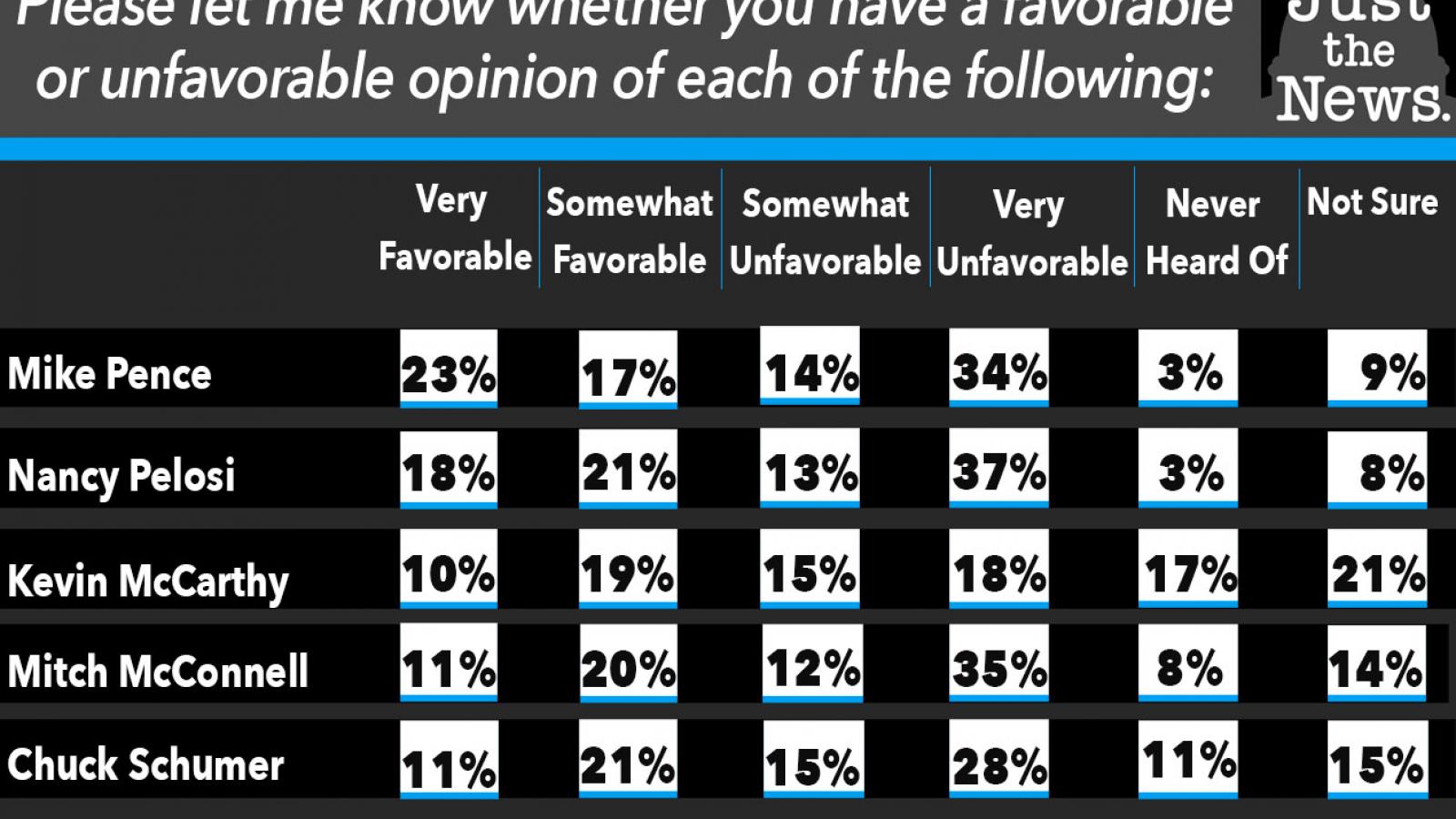 President Trump and Vice President Mike Pence each have higher voting-favorability ratings than the Democratic and Republican leaders of the House and Senate, according to a new Just the News Daily Poll with Scott Rasmussen.

Pence had a 40% approval rating in Friday's polling and Trump had a 42% favorability rating in a June 29 Just the News Daily Poll.

Rasmussen noted that Pelosi narrowly edges McConnell for the highest unfavorables (50% to 47%), while McConnell has slightly higher net negatives (minus 16 to minus 11). Those findings were also part of the poll released Friday.

"One weakness for McConnell is that he earns good reviews from just 60% of Republicans," Rasmussen said. "McCarthy and Schumer draw lower numbers for two basic reasons. First, they’re not in charge. Leadership increases negative ratings. Second, they’re less well known. Thirty-eight percent (38%) have never heard of or don’t have an opinion about McCarthy. Twenty-six percent (26%) say the same about Schumer."

Just the News Daily Poll respondents were asked “Please let me know whether you have a favorable or unfavorable opinion of each of the following?" They responded as below:

"It is interesting to note that Schumer’s net negatives are the same as Pelosi’s while there is a wide gap between McConnell and McCarthy," Rasmussen said. "That probably reflects the fact that Schumer has been in Senate leadership for a long time. It seems likely that McCarthy’s negatives will go up as he gets better known."