All of the gains came from male voters. In both polls, Trump trailed by 14 points among women. However, a month ago, he trailed among men by nine. This month, he leads by two (45%-43%). 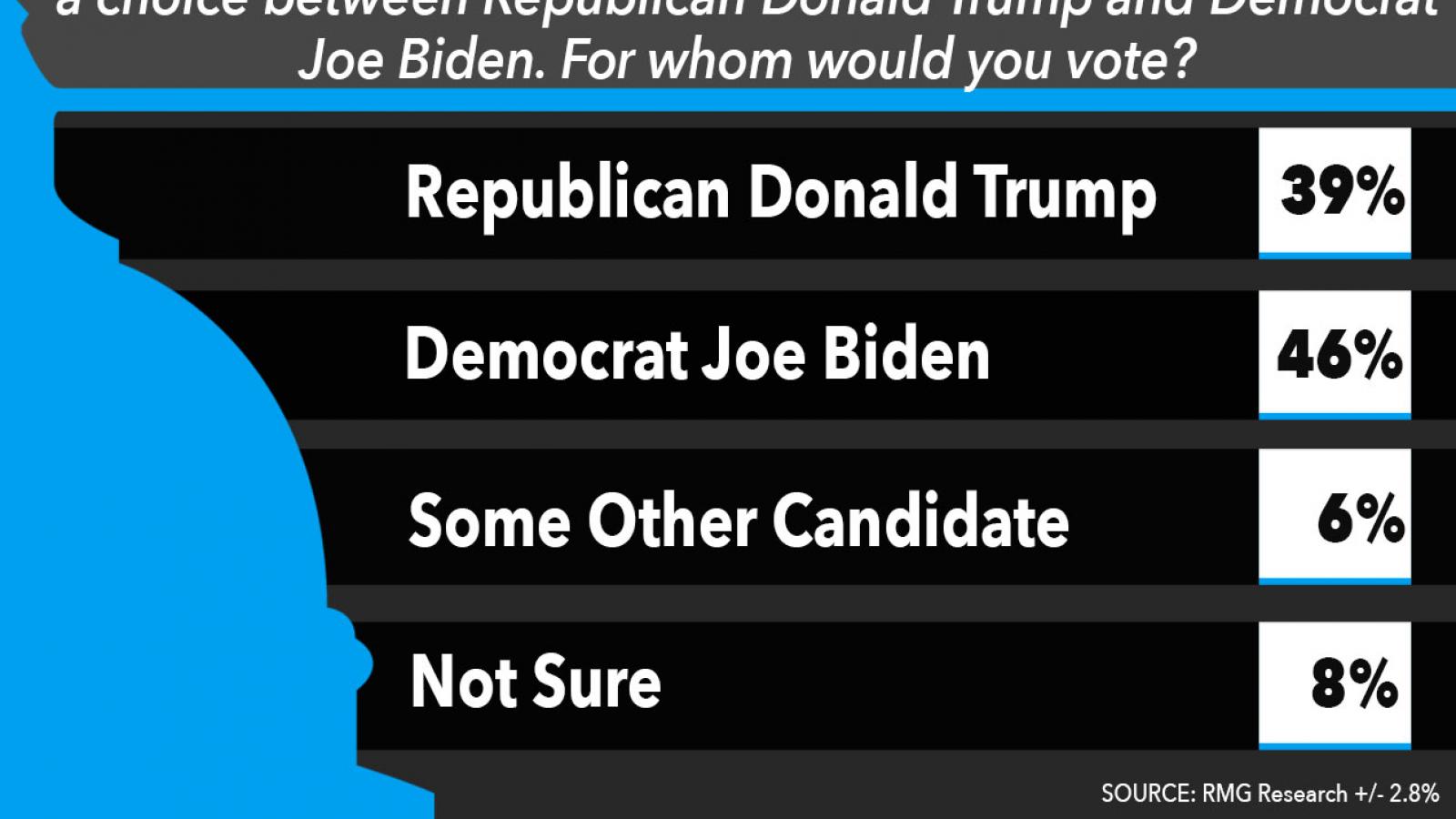 Democratic presidential candidate Joe Biden’s lead over President Trump has shrunk to seven points, 46%-39%, dropping five points since last measured in the Just the News Daily Poll with Scott Rasmussen a month ago, when Biden had surged to a 12-point lead.

Trump's position improved by a net 8 points among Republicans and 13 points among independents in the new poll.

All of the gains came from male voters, Rasmussen noted. In both polls, Trump trailed by 14 points among women. However, a month ago, he trailed among men by nine. This month, he leads by two (45% to 43%).

Overall, it appears that Biden held a steady but modest lead in polling throughout the first five months of 2020. Then, following the killing of George Floyd and an increased focus on civil rights, the Democrat enjoyed a bounce in the polls.

"It's too early to say that the bounce is over, but this poll suggests it might be," Rasmussen said. "It's important to note that the previous JTN poll was the single biggest lead measured for Biden in any Scott Rasmussen polling. Over the past six weeks, including that poll, Biden's advantage averaged 10 points. Still, this is the president's best result in my polling since mid-May."

Just the News Daily Poll respondents were asked, "Suppose that in the Presidential Election this year, you have a choice between Republican Donald Trump and Democrat Joe Biden. For whom would you vote?" They responded as below: