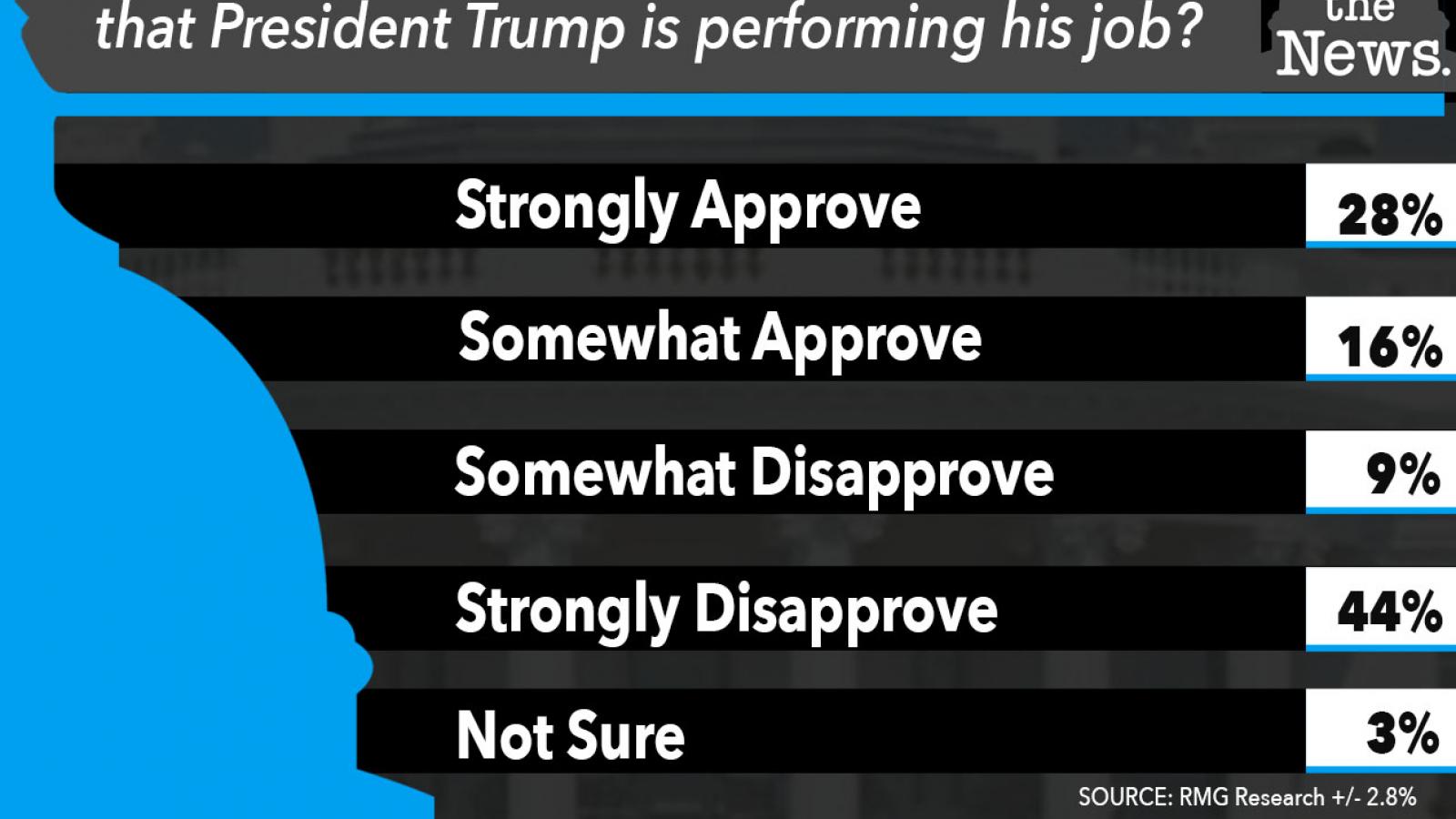 President Trump's approval rating held steady in the past month during the heat of the coronavirus pandemic, according to a new Just the News Daily Poll with Scott Rasmussen.

"Little change from our first poll on the president’s Job Approval," Rasmussen said. "This shows 44% Approve and 53% Disapprove. A month ago, those numbers were 45% and 52%, respectively. The stability is built upon strong partisan alignments. Eighty-eight percent (88%) of Republicans approve, while 85% of Democrats disapprove. This extreme partisan polarization has been the norm in American politics at least since the Obama years."

"Currently, the president is underwater among Independent voters (37% approve, 55% disapprove)," Rasmussen pointed out. "It will be interesting to watch those numbers as the lockdowns end and society begins to re-open."

Despite record unemployment and a constricting economy due to coronavirus, April's Just the News polling found President Trump's approval rating was 45%.

"As I said a month ago, it’s still the case that the way society is re-opened will likely have a bigger impact on Election 2020 than current polls or campaign tactics," Rasmussen said. "And, there is evidence that public opinion is already starting to shift."

Forty-nine percent (49%) of voters nationwide now fear the economic threat from the coronavirus more than the health threat, according to a separate Scott Rasmussen national survey conducted April 30-May 2 found that 45% take the opposite view and are more worried about the health threat.

Rasmussen said those numbers reflect "a significant change over the past month." In late March, by a 55% to 38% margin, voters were more concerned about the health threat.

"What is unknown at this time—and can’t be known for a while—is how these public opinion shifts will impact perceptions of the president and the overall political climate," Rasmussen said.

Respondents were asked “Do you approve or disapprove of the way that President Trump is performing his job?" They replied as below: