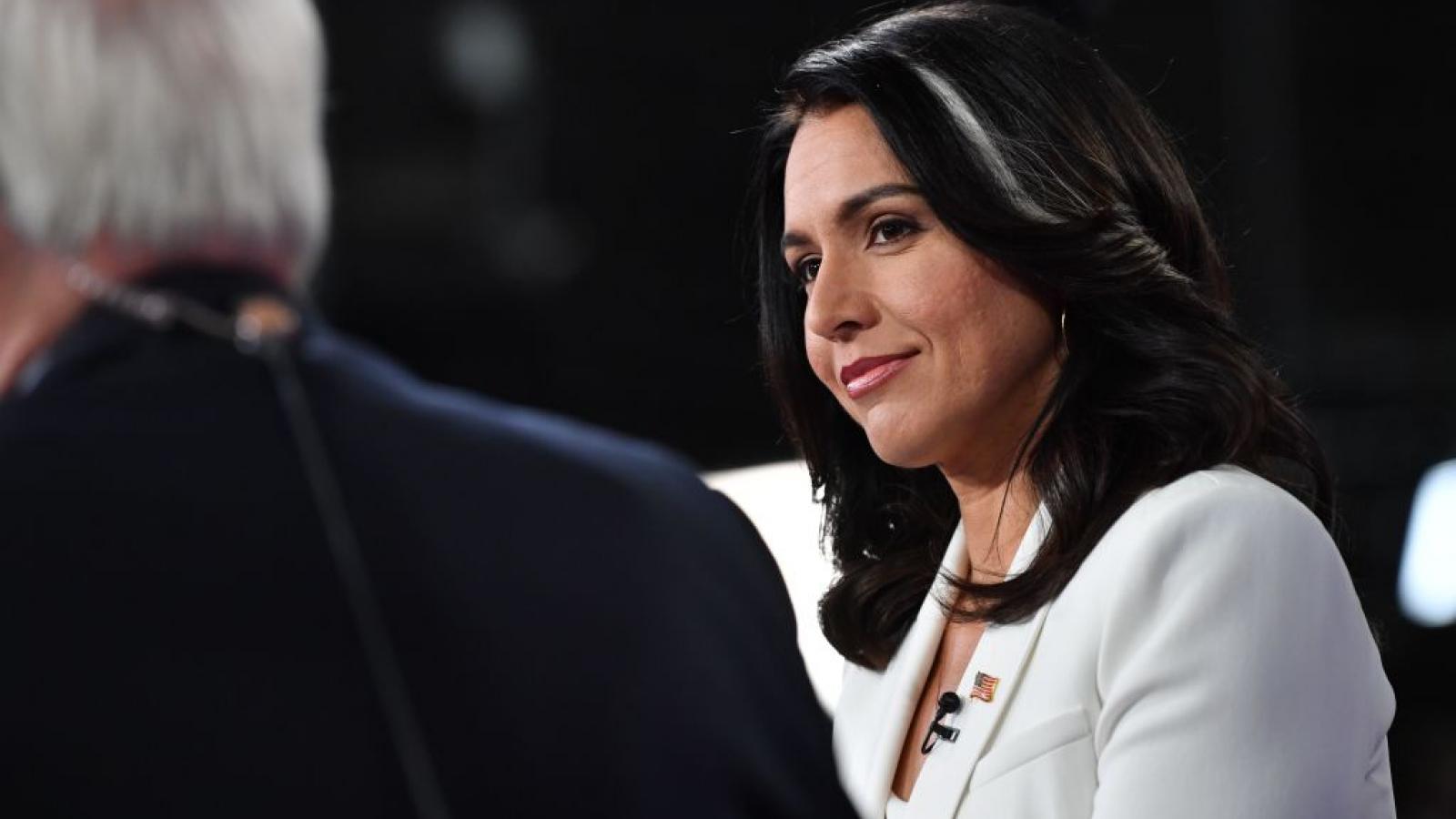 Former Democratic presidential hopeful Tulsi Gabbard, who recently made headlines for leaving the party and endorsing a slew of Republican candidates, has drawn scrutiny for the party over dovish foreign policy in connection with Russia.

Politico highlighted Gabbard's past statements defending the Russian rationale for invading Ukraine and her skepticism about providing Kyiv with continued funding. The outlet observed that Republicans previously derided the former Hawaii lawmaker as a "socialist seeking to appease dictators like Bashar al-Assad and Vladimir Putin."

In June of this year, she sharply criticized the Biden administration's response to the invasion, saying "every time this Admin has been asked what the goal of our war with Russia is, using Ukrainians as our proxy, they’ve dodged the question by declaring the president of Ukraine will make that decision & the U.S. will follow."

"The most important foreign policy position our country has faced in the last 60 years is not being made by US Congress or an American president, but by the leader of a foreign country. ... If handing over American sovereignty to a foreign country isn’t treason, what is?" she added.

Gabbard left the party in early October, saying it was now run by an "elitist cabal" and had moved too far to the left. She subsequently threw her support behind Republican candidates, including Washington House candidate Joe Kent and Arizona gubernatorial hopeful Kari Lake.

Republicans, meanwhile, have enthusiastically embraced her, despite the party struggling to keep consistent messaging on its Ukraine position.

"Many campaigns are embracing her because she’s a former Democrat who has woken up to the left’s extreme policies," one anonymous GOP lawmaker told Politico. "Yes, her views have tended to be isolationist, but we have always had civil and respectful engagements on a personal level."

House Minority Leader Kevin McCarthy has indicated that a GOP-led Congress would not write a "blank check" to Ukraine, but rather take a more cautious approach to aiding Kyiv against Moscow.