Residents are upset because International Olympic Committee is hosting games amid COVID state of emergency in Japan.

Hundreds of protestors chanted and waved flags Friday in Tokyo before the start of the opening ceremony of the Olympic games in the Japan city, in opposition to the International Olympic Committee risking public health by moving forward with the international sporting event amid a pandemic.

Police shut down a major roadway as the protest began in the main shopping district in Tokyo.

"Go to hell, Olympics!" the group chanted as it marched toward the National Stadium when're the opening ceremony was taking place without spectators.

Overseas visitors were told in March that they would not be allowed to attend the game. The committee decided earlier this month Japan residents could not attend games at the stadiums, amid high COVID-19 case numbers, which also resulted in Japan officials declaring a state of emergency.

Just the week, officials report at least three virus cases among the roughly 11,000 athletes around the globe now living in Tokyo's Olympic Village.

Most of the protesters wore masks and some signs read "Lives Over Olympics."

It’s unbelievable that the Olympics are happening in this pandemic situation,” protester Kumiko Sudo, 50, told the Washington Post. 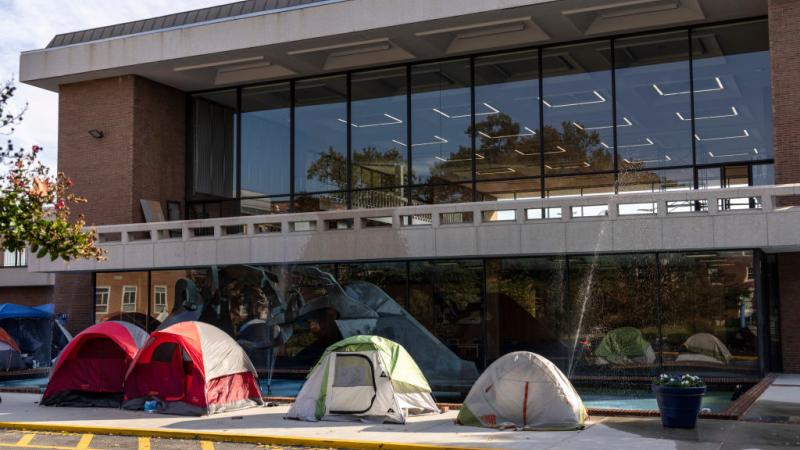