Purdue President Mitch Daniels stands up to China: 'Intimidation is unacceptable and unwelcome'

"Those seeking to deny those rights to others, let alone to collude with foreign governments in repressing them, will need to pursue their education elsewhere," wrote Daniels, former Republican governor of Indiana.

Purdue University President Mitch Daniels stood up for a pro-Democracy Chinese student who faced threats from the Chinese government and was bullied by pro-Chinese Communist Party (CCP) students.

"Any such intimidation is unacceptable and unwelcome on our campus," Daniels, the former Republican governor of Indiana, said in an email last week to Purdue students and employees.

"Purdue has punished less personal, less direct and threatening conduct," he said, according to the Purdue Exponent. "Anyone taking exception to the speech in question had their own right to their disagreement but not to engage in the actions of harassment which occurred there."

A ProPublica report last month detailed the problems Purdue student Zhihao Kong faced on campus after he posted a letter "praising the heroism of the students killed in the Tiananmen Square massacre in 1989."

Kong, who is earning his doctorate in civil engineering, quickly received a tearful call from his parents in China saying they had been visited by Ministry of State Security (MSS) officers. He began to be bullied by other Chinese students who called him a CIA agent and threatened to report him to the MSS and the Chinese embassy.

A group of dissidents invited Kong to speak at an online commemoration of the Tiananmen Square massacre, but days later, MSS officers harassed his family again.

"I think some of the Chinese students in my school are CCP members," Kong told ProPublica. "I can tell they are not simply students. They could be spies or informants."

In response, Daniels stated: "If those students who issued the threats can be identified, they will be subject to appropriate disciplinary action. Likewise, any student found to have reported another student to any foreign entity for exercising their freedom of speech or belief will be subject to significant sanction."

The Purdue president added that Asian students were first welcomed at Purdue more than 100 years ago and this year nearly 200 international Chinese students enrolled this fall.

However, students who attend Purdue must accept "its rules and values" such as "freedom of inquiry and expression," Daniels stressed. "Those seeking to deny those rights to others, let alone to collude with foreign governments in repressing them, will need to pursue their education elsewhere."

In response to the university's statement, Kong said, "President Daniels' courage to safeguard freedom of speech is admirable," according to Radio Free Asia.

"The most important thing is to stand up and speak out," said Kong, who had doubts about the CCP's official history and ultimately converted to Christianity in college.

"I knew I could get in trouble," he said. "I didn't know it could be so severe. My parents said they are probably banned from travel. And that I am banned from returning from China. They say I would be detained if I return. I am still young. I didn't expect this to happen."

Purdue student Johathan Schwartz started a petition on Change.org titled "Expel the students that harassed Purdue student Zhihao Kong." The petition has more than 17,400 signatures as of Sunday evening.

"Speaking out against the Chinese Communist Party took a lot of courage and has undoubtedly been nerve-wracking for him," Schwartz told the Purdue Exponent. "He deserves to know that people stand behind him."

Another Change.org petition was started against Kong and Daniels. The petition "Call for Mitch Daniels to correct his inappropriate statements towards Chinese students" has less than 1,200 signatures. It was started by a user known simply as "ChineseStudent AtPurdue."

"President Daniels published a biased statement about Chinese students solely based on an article… from a single source and without solid evidence," the petition by "ChineseStudent" states.

Kong told the Purdue Exponent in an interview published Friday that for now, he plans on remaining quiet. "I don't want my family to be visited by police again," he said.

"I think it's good enough that President Daniels voiced out on this issue," he said. "The dissidents like me are very encouraged. So what I think I'll do next is that I will submit the threats, but I will not push the university to take action." 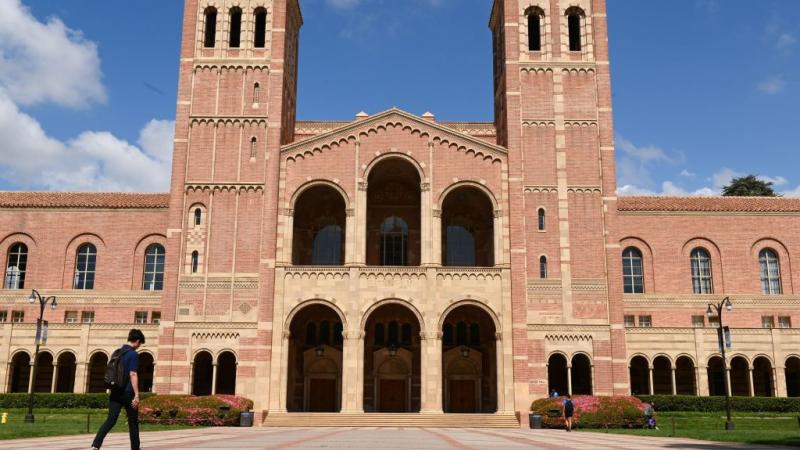