Thousands of people flocked to attend rallies in France on Sunday following the Friday beheading of a middle school teacher.

Paty had reportedly shown his class cartoons from Charlie Hebdo, a satirical magazine victimized by a 2015 terror attack that garnered international attention.

The Journal reported that according to authorities who spoke to Paty prior to the murder, the teacher had said that he issued a warning to allow students to avoid viewing the material if they wished.

"He said he had taken care, before showing some of these drawings, to suggest his students look away if they might be offended," France's antiterrorism prosecutor  said according to the outlet.

Authorities have detained multiple individuals for questioning, including the father of a girl who goes to the school. His half sister previously joined the Islamic State in Syria and remains sought by authorities, Ricard said, according to the Journal.

That father had expressed displeasure in videos and social media posts calling people to protest and seek Paty's ouster, Ricard said, according to the outlet.

The Journal reported that the father in a video said that Paty asked Muslim students to lift their hands and then instructed them to depart from the room prior to displaying an image of a nude male that Paty identified as the Islamic Prophet Muhammad.

Based on a lesson plan copy that Ricard described, the teacher shared two cartoons, one of which showed a male with exposed genitals and a star that covered a portion of the figure's backside, the Journal said. A caption said "Muhammad, a star is born," Ricard noted, according to the outlet. 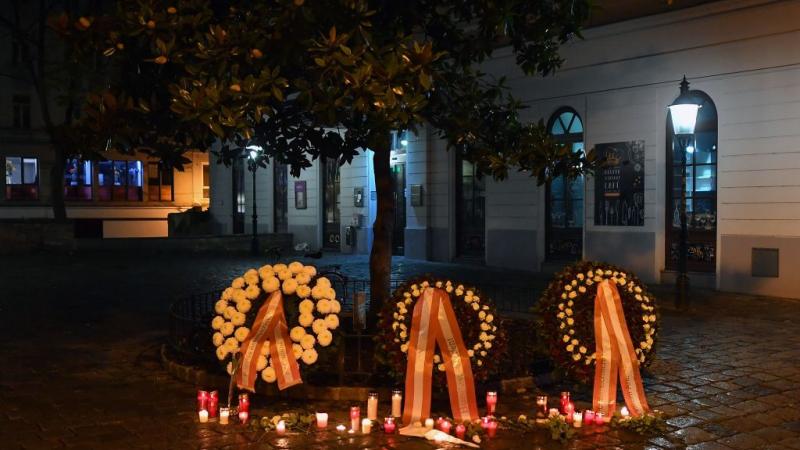