Known as a strong voice for Israel, Netanyahu came under increasing public scrutiny after he was indicted in 2019 for corruption.

Opponents to Israel's longtime Prime Minister Benjamin Netanyahu on Sunday joined forces in a deal that could unseat the embattled incumbent, marking a major shift in Israeli political leadership that was dominated for more than a decade by one man.

A powerful force in Israeli politics, "Bibi" is his country's longest-serving prime minister, holding the position for the past 12 years, and for three years in the 1990's. He also held other key government posts in Israel, including terms as foreign minister, finance minister, and defense minister.

An Israeli by birth, Netanyahu partially was educated in the United States, and attended high school in Pennsylvania. He returned to his homeland in order to join the Israel Defense Forces, where he served in an elite special operations unit. He saw combat in the Yom Kippur War of 1973, and took part in a number of commando operations, including the 1972 rescue of the hijacked Sabena Flight 571. His older brother, Yonatan, was killed in 1976 while commanding the team that rescued hostages from captivity in Entebbe, Uganda.

Benjamin Netanyahu has said that Yonatan's death is the inspiration for the hard line "Bibi" takes against terrorists.

Known as a strong voice for Israel, Netanyahu came under increasing public scrutiny after he was indicted in 2019 for corruption. The charges include allegations that Netanyahu made a deal for a newspaper owner to provide him with positive coverage in exchange for Netanyahu stifling the growth of a rival newspaper. Netanyahu has claimed that he did nothing wrong, and that the charges are a "witch hunt" by political enemies.

The legal cases have sparked considerable controversy inside Israel. The past four elections have resulted in deadlock that kept Netanyahu in power, yet left him vulnerable to challenge in the wake of a short war to repel attacks from Hamas. The most serious of those challenges emerged on Sunday, when a seemingly unlikely coalition of opposition parties united in a bid to unseat the prime minister.

The coalition is led by the hardline Yamina party's Naftali Bennett and his new partner, opposition leader Yair Lapid.

"It’s my intention to do my utmost in order to form a national unity government along with my friend Yair Lapid, so that, God willing, together we can save the country from a tailspin and return Israel to its course," Bennett said in a Sunday statement on television.

In a televised statement, Netanyahu fired back that Bennett would lead a "leftist government" that would harm the nation.

Bennett and Lapid are up against a Wednesday deadline to cement their plan wherein each would serve two years in a rotating post as prime minister.

As of early Monday in Israel, the 71-year-old Netanyahu seemed poised not to concede, and to fight to retain his longstanding role. 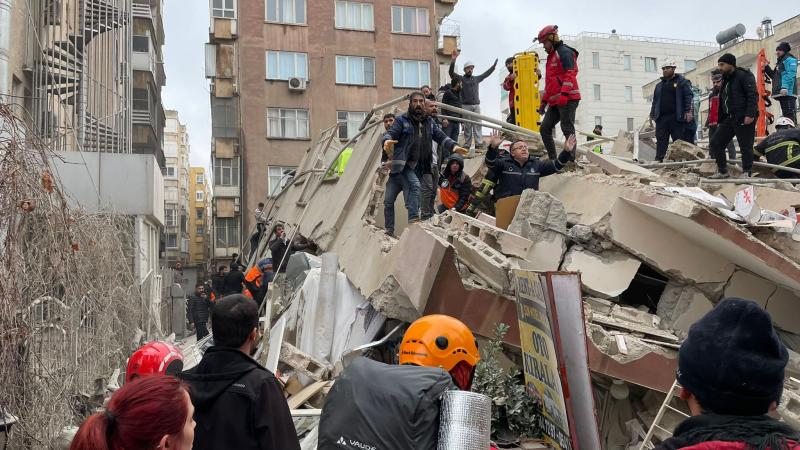