GOP Rep. Marjorie Taylor Greene acknowledged Friday that Infowars founder Alex Jones indeed made some controversial comments about Sandy Hook but said him having to payout million of dollar as punishment is "politically persecution."

"Alex Jones, who did say some things, is being politically persecuted right now and is forced to pay out millions and millions of dollars," Greene during an interview at the 2022 CPAC Texas event in Dallas.

A Texas jury on Thursday ordered Jones – who has said the 2012 Sandy Hook Elementary School mass shooting was a hoax – to pay $4 millions in compensatory damages to the parents of a child killed in the massacre.

"No one agrees with what he said, but what we are tied of is the political persecution," said Green, among the most conservative members of the House Republican Conference. "I'd like to know when the Democrats and the liars in the media and the people who cancelled all of you and me on Big Tech, when are they gonna pay us millions of dollars?"

(Hours after the interview, the court ordered Jones to pay $45.2 million in punitive damages to the parents.)

Twenty students and six adults were killed at the Newtown, Conn., elementary school.

Jones has apologized for his comments and did so again in court. He also said in court that he no long believes the shooting was a hoax – so that the government could take away Americans' guns.

Greene also cites specific about what she considers Democrats' misinformation and repeated her call for accountability.

"If they can have a fake Jan. 6 committee that is persecuting President Trump's administration and staff, and a judicial system and an FBI that has led to persecution of American citizens that did go in the Capitol on Jan. 6, but they're being held in jail still to this day, they need to be held accountable," said Greene, of Georgia. 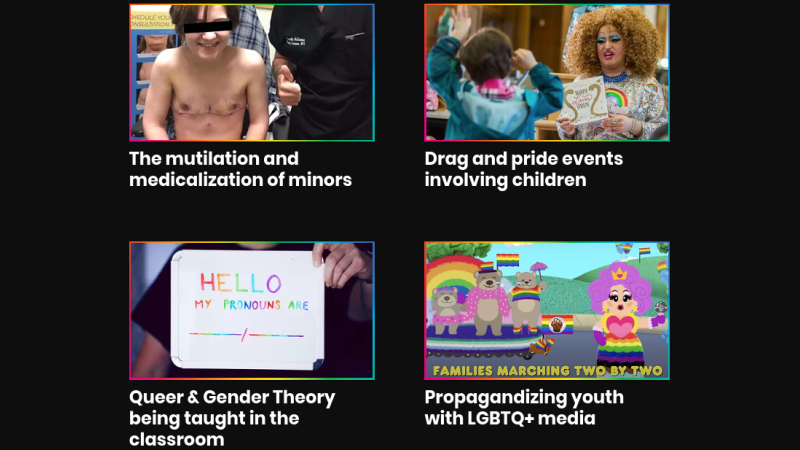